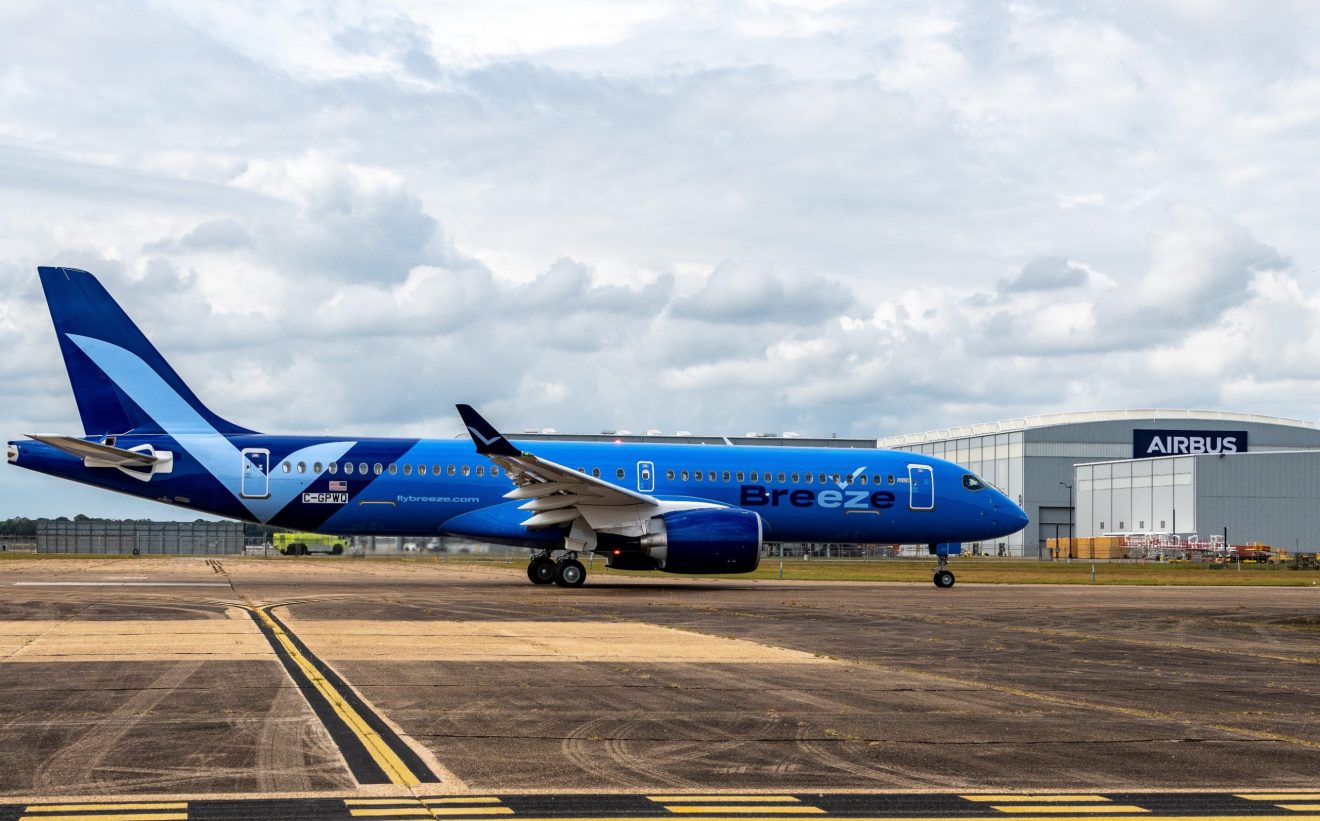 LONDON – Breeze Airways, the newest addition to David Neeleman’s airline portfolio, has unveiled its first of 80 Airbus A220-300 aircraft at an event in Mobile, Alabama.

The aircraft, currently under the test registration of C-GPWQ, is due to be delivered to the airline in the next couple of weeks.

However, the aircraft itself won’t be placed into service until the second quarter of 2022, as they look to train pilots and get familiarisation into the beginning phases.

The A220 for Breeze will be able to carry 126 passengers in a two-class configuration, consisting of 36 in Business and 90 in Economy.

Coming back to the 2Q22 introduction of the A220, the airline will have six of the 80 units delivered by that time, enabling the airline to expand its 16-city route network as well as being able to introduce transcontinental flights too.

It is understood also that by that point, the routes for that specific aircraft will be announced too.

Commenting on the news was Neeleman, who praised the aircraft as a game-changer for the carrier:

“The A220-300 is a game-changer for us as we add long haul flights that can average five hours, including transcontinental service. By the end of 2022, Breeze will have 15 A220s in service. This aircraft is the perfect addition to our fast-growing airline as we seek to bring our Seriously Nice™ service to more communities across the U.S. and beyond.”

Also commenting on the news was C. Jeffrey Knittel, the CEO and Chairman of Airbus Americas who believes that the A220 embodies the type of business Breeze wishes to conduct.

“The A220 embodies the Breeze ideal of merging kindness with technology, pairing unrivaled passenger comfort with eco-friendly efficiency. With the A220, Breeze is giving its passengers the widest cabin, highest ceiling, largest windows, and largest overhead stowage in this class, while still managing to burn 25% less fuel with half the noise footprint of past generations.”

It appears that this aircraft will benefit the airline well as it aims to offer “new, nice and nonstop flights” between secondary airports, offering the ability to bypass busy hubs and implement shorter travel times.

Whilst the airline won’t be placing the aircraft into commercial service until the second quarter of next year, it will be interesting to see what sort of feedback will come from the pilots at Breeze, as well as from Neeleman himself.