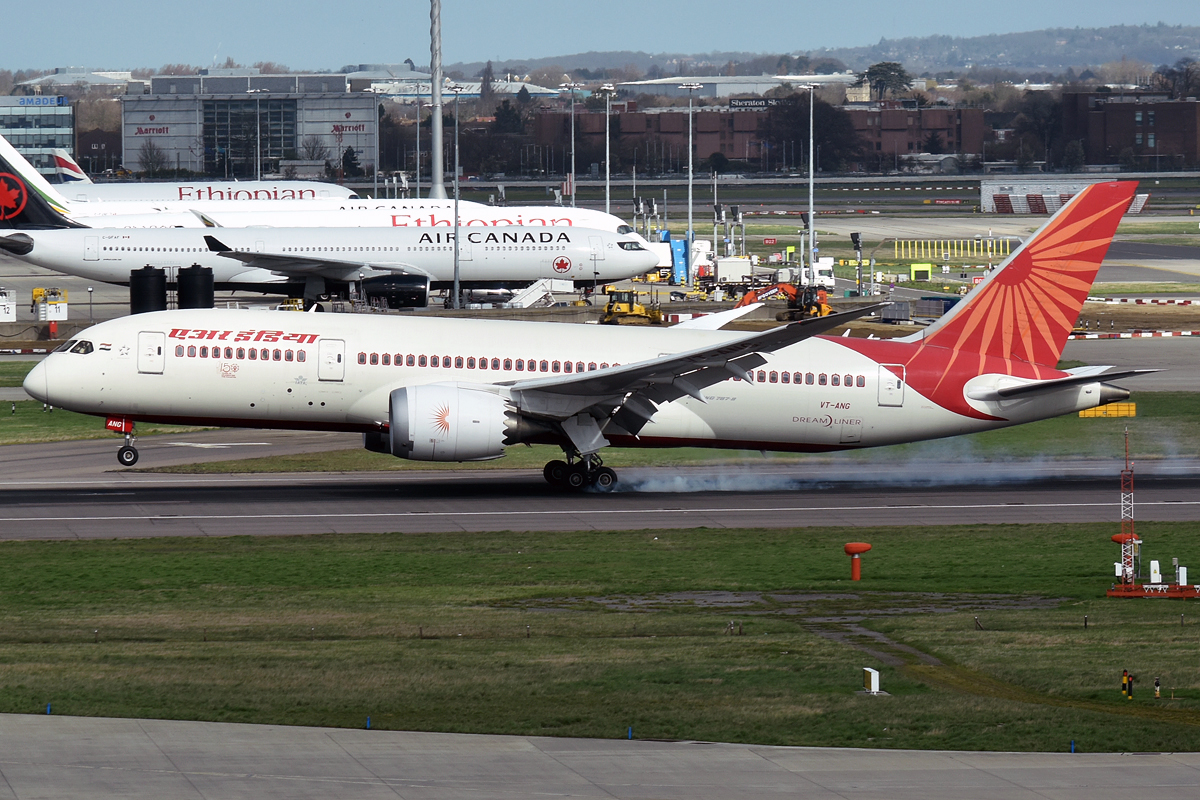 LONDON – Independent financial services giant Apex Group believes that India will take-off as the next hub in aircraft leasing.

Despite the COVID-19 pandemic grounding a lot of aircraft around the world, Mandar Mhatre, the CEO of the company, believes that this will be the case because of the “diversification of aviation hubs”.

AviationSource got to speak with Mhatre to discuss this topic, including his strong belief that India will become a prevalent force within the leasing industry.

JF: Mr. Mhatre, thanks for speaking to AviationSource. Could India become the next global aircraft leasing and finance hub, especially with the presence of China and the U.S in such a market?

MM: It’s not whether India will be the only aviation hub, but is about what we are effectively seeing in terms of diversification of aviation hubs. It’s driven by a few fundamental factors. Number one is that every time there’s an oil shock in the aviation industry, it increases the cost of operations.

And within the leasing industry, the transactions are made over the US dollar, so it increases the cost of repayment of those aircraft.

Within the Indian market, around 75% of aircraft are leased, which represents around $3.5-4bn worth of leasing happening within this market. The Indian aviation market is handling around 190 million passengers per year, with 80-85% of that being domestic traffic.

And these numbers are rising. The expectation is that passenger traffic will grow to a billion-plus, with the number of airports expected to double from a hundred to 200 airports within the country.

So with that in mind, we forecast that between 2,000 to 2,500 aircraft will be needed over the next 20 years, valued at around $80 billion, with $50-60 billion of that order book on the leasing side of the market. So that is an opportunity.

On top of this, you have ecosystems like Ireland which produce around $10 billion in leased assets, which highlights the level of demand for such products, especially when it supports around 5,000 jobs in that country alone.

Also, in India, we have Gift City, which is our international financial services center which would be able to facilitate any sharp demands in leased aircraft.

This will therefore become effectively an are in which the government will want to develop over a long period of time. China is a very big market, but fundamentally has similar problems as India. Industry is growing rapidly over there, especially with 80% of that being domestic.

A lot of China pays in USD, which brings me to my point about higher costs. China has been successful in such ventures, but the likes of Singapore and the Middle East will be trying to develop their own market units, which of course will bring a competitive market to the leasing game.

JF: In the documentation sent to me by Apex, it is clear that the company is calling on the Indian Government to do a number of things when it comes to aircraft leasing, including the use of tax breaks. Discuss to our readers a bit more about this.

MM: This boils down to a few things. What do you do about the repositioning of an aircraft when somebody defaults? Whilst the law is clear on such repossession, there have been cases where aircraft have not been returned to lessors for a while, but I’m pretty sure those would get sorted fairly soon.

In relation to the tax breaks, this is specific to the capital gains made by the investors on this. Secondly, historically, Indian banks have not enlisted into aircraft assets, so there is a bit of a learning curve from the lender perspective to invest in this, so the government needs to make this an attractive option for this to work.

But given the work of Apex in Ireland for example when it comes to servicing and leasing of aircraft, we believe that we can bring those skill sets within the Indian market as well.

For example, the kind of investment which is required, whether more airports will be built and upgrading the existing infrastructure we have at the likes of Bombay, New Delhi, Bangalore, Jaipur and others.

Because of that, you’re talking about $75-80 billion of investment, which will be required over a period of time. And that’s what the government has done smartly is that they have opened this up to private enterprises for development.

From a policy perspective, this would help the government in terms of connectivity as it is a good transit point between East and West. At the farthest point, you can reach Japan and then on the other side you have Europe and maybe the U.S.

What India historically did was take two steps forward and one step back, whereas now, with the utilization of Gift City, it is incrementally taking steps ahead and not going backwards.

This has been good for the financial sector and even for aviation because from an investor or a corporate perspective, what you want is the stability and linearity of norms and not flip-flopping on your position.

Such lessons that have been taken by the government have been based on what other successful countries around the world have been doing.

JF: How much interest has this garnered from overseas lessors since Apex’s announcement?

MM: There is still some way for this to go. We expect this to take another year or so for things to really materialize and it is very much baby steps at this point. The joker in the box here is the pandemic and has slowed down the orderbook as a result.

But of course, as the industry begins to recover, more airlines will be wanting to lease aircraft as opposed to buying them outright to save money in the short and long-term.

JF: As someone who is from the UK, I am always told that India is currently and will continue to be an economic powerhouse going into the future. To what extent do you believe aviation will enhance that view?

MM: Interestingly, the cost of flying on planes in India is more or less similar to taking a premium train across the country. There is a clear cut cost benefit analysis which is coming into play.

The rail network in India doesn’t cover a lot of areas of the country, which is where flying comes into play. So what we expect to see, especially with the view of expanding the number of airports, is that areas with little to no connectivity with other areas of India will be served by air.

And that is what is going to push the demand for flights to take place. That is where I see that growth really coming in for the sector.

JF: With GECAS and AerCap merging, this shows a considerable example of industry consolidation, especially during the pandemic. How will Apex be able to fight competitively with the likes of that merger?

MM: Apex remains as an independent service provider. We are not lending our balance sheet whereas some of the lessors do not act in a fiduciary responsibility sense like we do. We sit between the investors and the owners of the assets.

We look at how companies can build a marketable structure for the future as well as providing an understanding of how the leasing industry works, and that is what will make us stand out from the rest.

MM: With Indian industries wanting to grow, especially in the leasing world, it is a matter of timing whether it will happen within one year, five years or beyond. It really is a question mark.

Given the long-term fundamentals, the time to start exploring from a global perspective is right now. If you look at the whole bunch of investors that are traditional asset owners, you’ve got private equity players coming into the mix, meaning that the opportunity to invest now is very important.

What you do not want to do, particularly in the aircraft leasing market is to lose that first-mover advantage within this market.

JF: Mandar, thank you very much for speaking to AviationSource.

What remains clear is that India is preparing itself for a potential aircraft leasing boom that will hit the country post-pandemic. Airline balance sheets will remain volatile for a long time after the pandemic, so the option to sale and leaseback will be a very incentivizing option for such customers.

With air traffic in India rising (Before the pandemic of course), thanks to the likes of IndiGo, Vistara and others rapidly expanding its takings, many options for leasing companies such as Apex are opening up and could provide the basis for further success in the years to come. 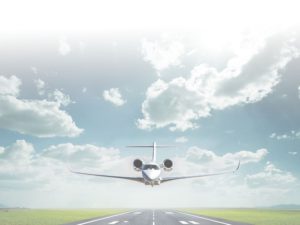 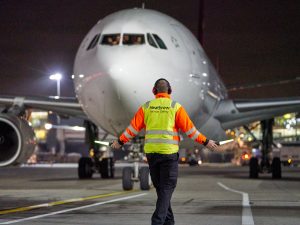 Fewer Travel Restrictions Welcomed in the UK But This Should Have Been Done A While Ago: A 12-Month Catchup With Paul Charles (+Interview) 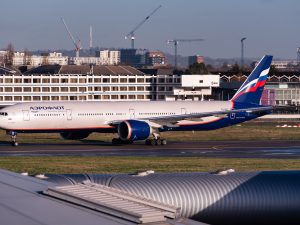 Ukraine Crisis: Does Russia Have Aircraft Lessors in a Chokehold?

Heathrow’s Third Runway: The Project That Never Got off the Ground
Norse Atlantic Airways: A Continuation of Kjos’ Aviation Legacy?
Comment