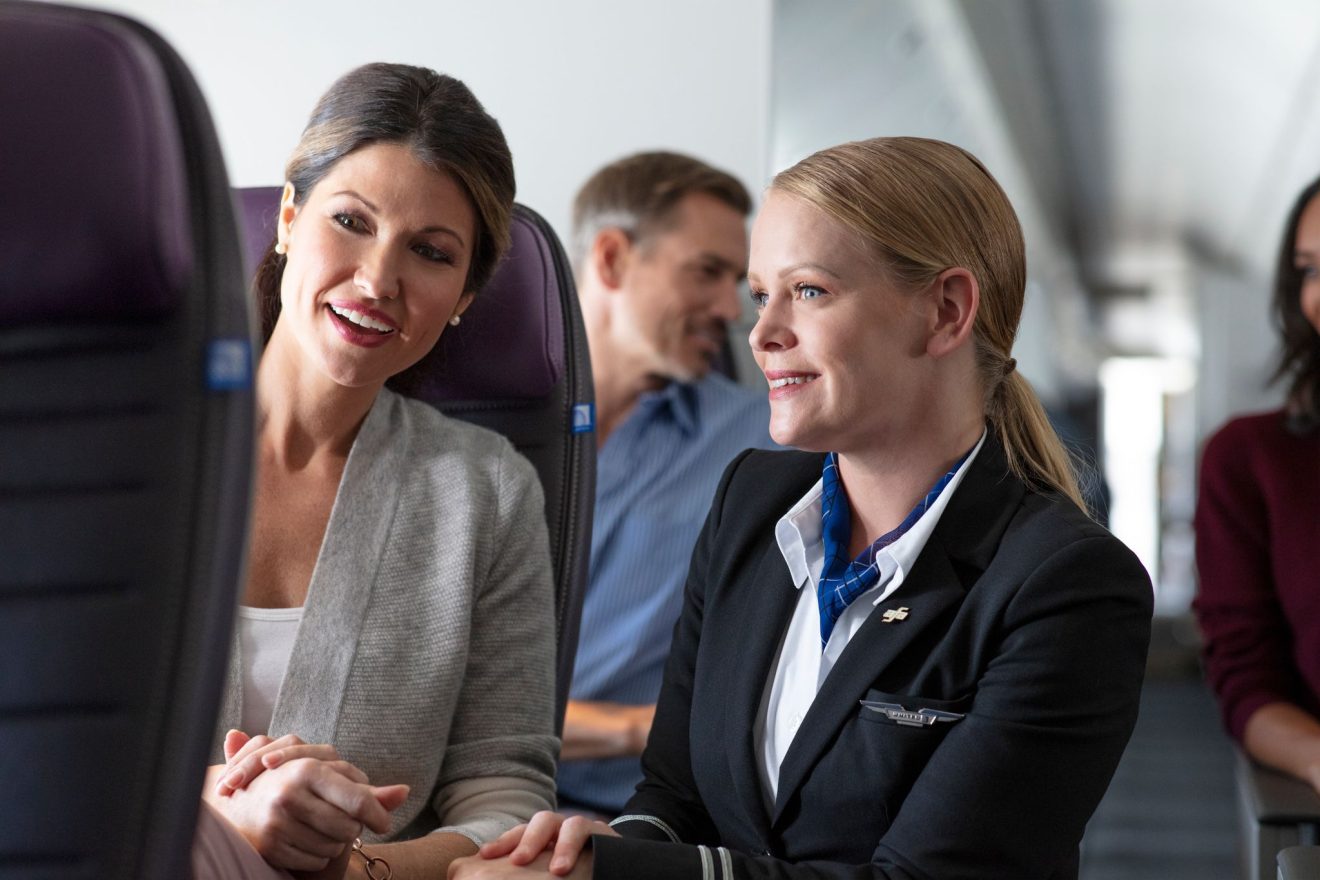 LONDON – The year is 1966. The hair is prevalent, the dresses swirl, and most reminisce this era as a period of great prosperity for all. America is living its post-war economic boom.

Tv series such as Pan American, which portrays the glamorous tales of the four Pan Am stewardesses who travel the world, give us an insight into the ‘professional’ figure of the stewardess in the 60s.

The glam, lifestyle, and travel endeavors from Paris to Hanoi are perfectly portrayed.

However, many critics believe the show fails to describe how women in the stewardess profession were sold as commodities. Side dishes to your ticket and a form of entertainment before technology made a debut on board.

Sex Was The Selling Factor…

Sex was the selling factor. Through shows like this one, people who never lived in the sixties idolize this era as one of great luxury and progress.

However, this era was only prosperous for the few whose position of privilege allowed them to pick the fruits of the sixties and savor the glamour.

Moreover, many people were not in such a position of advantage. Most were subject to misogyny and discrimination. Namely, the women whose style and demeanor are seen as iconic representations of the sixties earned 40% less than male counterparts in equal working positions.

Only 7% were doctors, and 3% were lawyers. Women through the suffragette movement may have acquired a right to vote in 1920, but they hadn’t made much progress until the second big wave of feminism that chartered the 1970s.

Nell McShane Wulfhart’s story of ‘workplace revolution at 30,000ft’ is more current than ever.

Leaked information indicates that the Supreme Court is moving forward to rescind Roe Vs Wade, thus attacking women’s bodily autonomy by allowing federal states to individually decided whether abortions are permitted or not.

When few women held positions of power, Martha Griffiths, one of the few women to hold a seat in Congress, wrote to United Airlines VP asking: “What are you running, Mr. Mason, an airline, or a whorehouse?”

The request for an explanation came after Mr. Mason had declared that stewardesses who, after three years, lingered the profession without finding a husband were “the wrong kind of girl”.

Mason’s statement accurately represented how devalued the stewardess’s figure and that of women was in the ‘glamourous’ ’60s.

Stewardesses, a now outdated terminology whose role today is valued for professionalism and safety, were once perceived as add-on entertainment to the ticket.

Airlines used the figure to sell tickets with marketing headlines stating “My name is Amanda, Fly me” or “Fly American and fly Michelle”, to name a few.

Nell McShane Wulfhart, in her book ‘a revolution at 30,000 feet’, exposes the struggle for respect and fair treatment.

She reveals how she and her colleagues were pimped as sexual objects. Charming male customers and luring them into making them return onboard the airline.

Not on the grounds of convenience but based on the ‘service’ delivered. Airlines hired stewardesses for their looks; if they gained pounds, a diet plan and suspension were standard operating procedures.

If they got married or pregnant, they might consider themselves jobless. Airlines were not service carriers; they were a profitable Playboy club in the sky, recounts Wulfhart in her expose.

A Potential Return to Second-Class Citizenship?

As American women risk re-acquiring their pre-1973 second-class citizenship, Wulfhart provides a tragic reminder of how dark those days were and how dark they will once return if Roe vs Wade were to be rectified.

In 1965 the stewardess profession trumped the other few options available to the ‘normal’ woman. Whilst most could aspire to be a secretary, nurse, or teacher, a lucky few candidates were hired to globetrot the world in a designer uniform.

However, not before attending what Wulfhart would call the “charm farm”. In the twenty-first century, flight attendants go through rigorous 6-10 weeks of safety training.

It wasn’t always like this. In the 60s, stewardess training schools played little to no attention to safety matters such as evacuations, fires, and medical emergencies.

In this all-female job, the training mainly was on presentation.

The way they talked, walked, and groomed were the most critical matters. Any stewardess who was caught to have gained a pound or more was regularly taken out of class for random weight inspection. The injustice did not end there.

If a stewardess made the mistake of getting pregnant, the options were two; either quit or get an illegal abortion. In the 1960s abortions were not legal, and soon, this might be the case again.

As a result of discrimination, many flight attendants that had reached the fireable age of 32 and were still single suffered from deteriorating mental health. Wolfhart recalls that six had committed suicide at her airline alone.

When the Equal Employment Opportunity Commission opened after the passage of Title VII of the 1964 Civil Rights Act, stewardesses were among the first to write complaints of on-the-job sexual abuse, mistreatment, and lack of pay equality.

However, despite the commission’s designated intent, the stewardesses whose stereotype preceded the human bearing the uniform were not taken seriously by Congress or the unions.

It wasn’t until years later when one woman, Mary Pat Laffey, filed a lawsuit against Northwest Airlines for violation of Title VII and the equal pay act would spark the great revolution at 30,000ft that Wulfhart vividly recounts in her expose.

Mary Pat Laffey after numerous appeals by Northwest Airlines won the lawsuit and was awarded $63million in backpay in 1984.

The case wasn’t only a win for Laffey but all women in the sector. The case forced many large corporations to review how women were treated in the workplace.

The story of the stewardess revolutions is as current as ever as women in primarily Republican states risk a return of misogynistic practices such as the out ruling of safe abortions.

FAA data indicates that 691,000 women, or 8.4% of pilots alone, are female. Suppose the right to safe abortion were to be rectified, the aviation risks a return to an almost complete male-dominated industry.

What will be the full extent of the consequences is yet an incognito, but many wonders if empirically finding out is the best option.

Trip Report: Ethiopian Airlines Business Class from Stockholm to Oslo
Is The Pandemic Over for Korean Air?
Comment