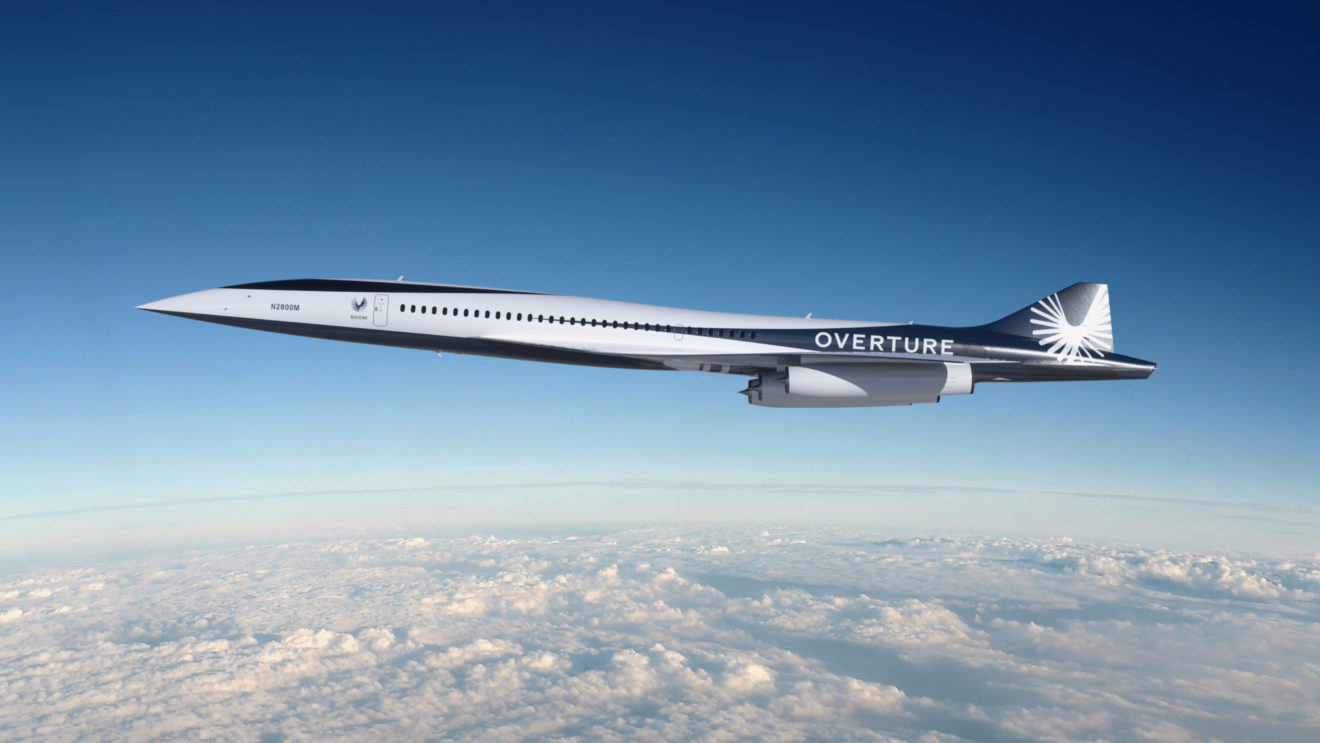 LONDON – With many criticizing the Overture program from BOOM Supersonic, the slowly increasing consumer confidence is creating a further level of reality in the supersonic world.

The latest form of confidence came from American Airlines, which has placed a non-refundable deposit down for 20 Overture aircraft, with options for an additional 40 aircraft.

With the order from United Airlines earlier this year for 15 aircraft, with options for another 35 as well, this brings the total count in the orderbook to 110 if all orders are exercised across those two customers.

Significant Momentum Off The Back of Farnborough…

The manufacturer has had significant momentum off the back of the Farnborough Air Show, particularly with the change of design that it unveiled at that point.

Nearly a month on from the airshow, this new order from American Airlines is going to be the thrust needed to elevate themselves into the future.

As we have touched upon, BOOM’s presence alone is a good sign. They are slowly beginning to lay the foundations for success, especially if it means they will be at future airshows.

Overture will, of course, be the main thrust of marketing towards the commercial side of things, especially when there is slowly but surely a penchant being developed for faster travel.

Amid the high demand for travel, this will, of course, place a further emphasis on faster travel so then passenger turnover can increase as a result.

So if anything, BOOM does look to be in a potentially good place to market themselves as the solution moving forward, especially when business travel rebounds.

Could Sustainability Be At The Forefront of Such Confidence?

2022 has seen the manufacturer place pledges, but also focus, on the sustainability front, which could be a factor in orders being generated for the type.

CEO Blake Scholl has emphasized that Overture is expected to be the first large commercial aircraft to be net-zero carbon from day one, running on 100% sustainable aviation fuel.

Scholl said the following to the House Small Business Committee’s Subcommittee on Innovation, Entrepreneurship and Workforce Development back in May:

“Faster flight is possible thanks to a revolution in clean energy. Just as new forms of energy helped us move from sail to steam and railroads to airplanes, in this coming decade, alternative fuels will power the transition to sustainable supersonic flight.”

“The U.S. has long been the global leader in aerospace, and at Boom, we are determined to see the U.S. remain at the forefront”.

“The supersonic future will be built here in the United States, leveraging the formidable talent, entrepreneurial spirit, and tradition of innovation in our workforce.”

“It takes new entrants like Boom to change the fundamental paradigm of aviation, improve both speed and sustainability, and attract new talent to the industry.”

BOOM has also hosted its own sustainability travel forums, such as the Net Good Summit, which brings leaders in the industry together to discuss plans for the future.

The main source of skepticism and criticism is over how Overture is going to be powered. BOOM has no one at the moment.

As per The Air Current, Rolls-Royce has been working with the American planemaker to design a conceptual engine. With this completed, Warren East (Their CEO), has stated that the focus is on the UltraFan engine and for business jet engines too.

This gives BOOM less than four years to find an engine provider for Overture, and maybe even less for the first flight of its XB-1 test-bed.

Finding an engine supplier is the main thing that is throwing this whole project in the air. However, could BOOM take things into its own hands and design its own engine? Only time will tell.

With over 100 units in sales secured already, maybe BOOM needs more customers before engine manufacturers such as Rolls-Royce change their minds on this.

Even so, the sales momentum from a start-up manufacturer with an exciting concept will no doubt continue to generate more sales down the line.

What remains clear is that BOOM Supersonic is doing the right things when it comes to its sales strategy.

By securing orders from major players in the airline industry, such as American Airlines, United Airlines, Japan Airlines, and others, it almost seems that their issue surrounding finding a propulsion supplier will dissipate in time.

The moment that more orders come flying in, the appetite from engine suppliers will increase, as the key now is to find more revenue streams for the future.

Because, after all, the mainstream aircraft currently in service will only be in production for so long, which means that suppliers will have to think about the future that is decades away.