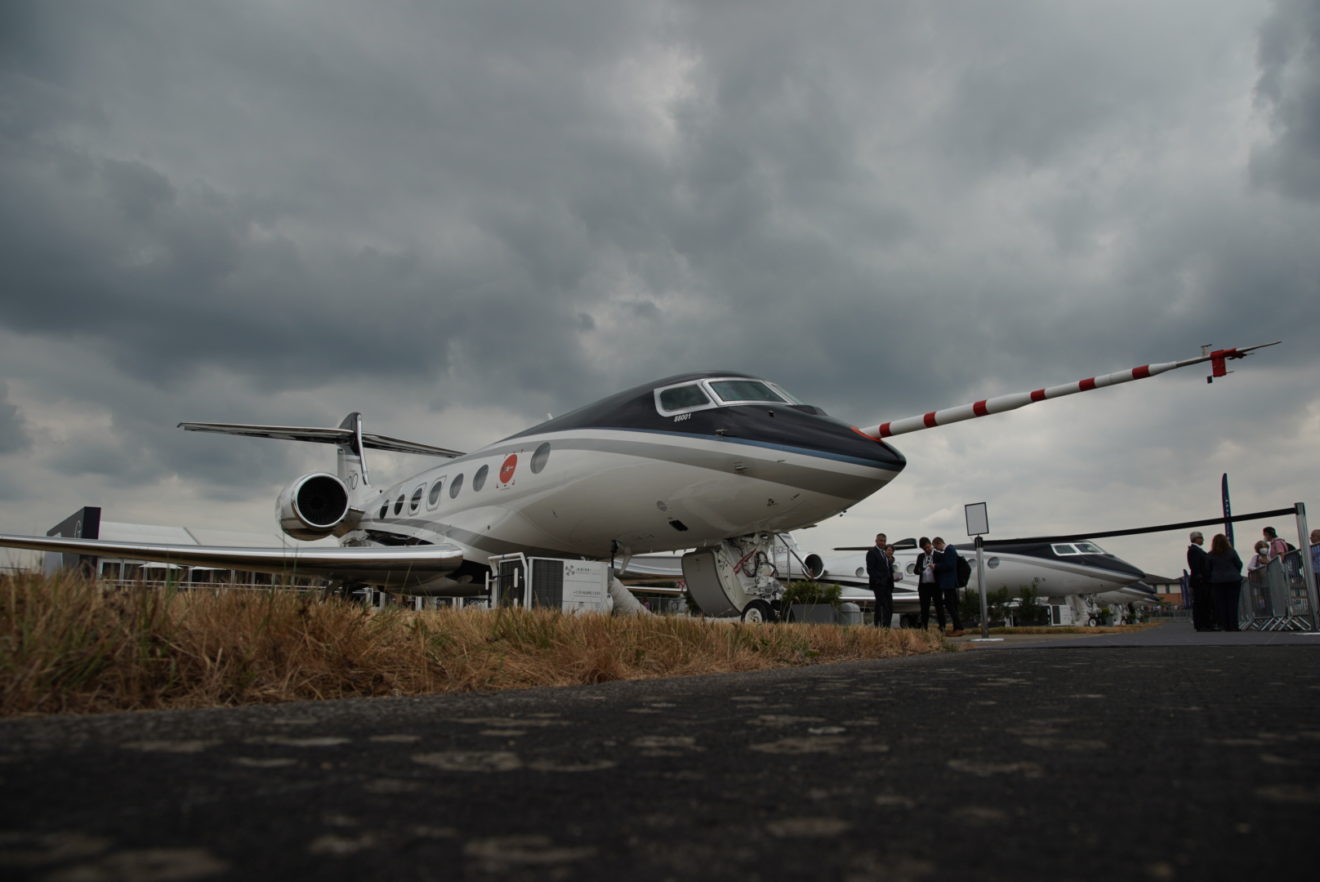 FARNBOROUGH – AviationSource got invited to take a look at the Gulfstream chalet at the Farnborough Air Show 2022.

Within this invite, we got to take a look inside the G600 as well as the G800 (Although limited in photos due to it being an experimental aircraft).

In this piece, you will be able to see photos inside the G600, as well as into the flight deck of the G800, which was the only photo we were allowed to take.

Then, we had a chat with Gulfstream’s Vice President of Flight Test and Engineering, Charlie Gray, who gave some insight into how well the G800 has flown in the mere 17 days of test flying it has conducted so far. Of which it has completed 10 flights over that duration, accumulating only 45 airframe hours.

During our visit to the Gulfstream team at FIA 2022, our writer Jamie Clarke had the opportunity to interview Charlie Gray, Gulfstream’s Vice President of Flight Test and Engineering.

JC: This is the first visit internationally for the type out of Savannah, when you flew across the pond, how did the aircraft perform? Did it meet or exceed expectations?

CG: “I would say that the flight over here was boring. Performed exactly as we expected it to perform and it performed just as if it was a mature G500, 600, 700 aircraft, no surprises. There were no limitations to what we could do and we have full confidence obviously”.

JC: The G500, G600 and G650 had a common certification period of around three years right before the first delivery to the customer, is that a similar expectation for the G800?

JC: Between the G650ER and the G700 to the G800, is there a visible difference between how they fly?

CG: “So from, you know, external differences, obviously different engines when you look at the engines on the [G]650, they’re different in the [G]700 and [G]800.

The winglets have changed, we’re getting more than 150 miles of range just out of the newly designed winglets right, that helps our range.

If you look at the pylons on the [G]650 and before they’re perpendicular and here they’re more of an aerodynamic contoured shape, that reduces our drag and then we have a low drag fairing on the APU.

There’s some not small and some small subtle differences that improve the performance of the airplane of the [G]700 and [G]800 as compared to the [G]650”.

CG: “That is over on the innovation side of the company, they give me the product to test, I test it. They’re the ones that are making those types of decisions.

So if you walk up to a legacy aeroplane, it might take you 25 minutes to get going and taxiing. This aeroplane is about seven and a half because it’s doing so much for you.

So now when you turn the aeroplane on and as soon as you’re going to go somewhere so it starts activating all the systems and testing all these systems so it’s doing it for you. “

Then the other piece of it is, as the co-pilot now as you’re taxiing out, you’re not heads down making changes in the cockpit, you’re another set of eyes out and as the airports get more and more crowded, runway incursions become more common, sure it’s nice to have two folks looking outside”.

JC: “Similar to the sister aircraft, are we likely to see the G800 operating in and out of much smaller airports?”.

CG: “Certainly steep approach capabilities is in the path for the G800”.

JC: “In terms of your experience as a test pilot for Gulfstream, what’s one of your most proudest achievements?”.

CG: “Actually just now, going from first flight to Farnborough in 17 days. I don’t know anybody that’s ever done that, but we do. We get a Gulfstream and we do it safely. Yeah, I felt pretty good about it”.

Insight into the G800

The G800 is pushing the boundaries in terms of what they can offer to prospective customers. Due to commonality within the rest of the Gulfstream, they expect the aircraft to enter service in late 2023, which is not far away to say the least.

It offers significantly higher ranges, coming in at 8,000 nautical miles at Mach 0.85 or 7,000 nautical miles at 0.90. For Mach 0.85-based travel, this would be the equivalent of flying from New York’s JFK, past Papeete, Tahiti and then you would run out of fuel around 800-1,000 miles away from New Zealand, which is a staggering statistic.

Another example of this would be flying non-stop from London all the way to the central parts of Australia, such as Ayers Rock on one tank of fuel.

In terms of passenger capacity, the aircraft can seat up to 19 people, and sleep up to 10 people. With its 16 Panoramic Oval Windows, they are the largest windows in the industry as well, offering flexible cabin design and forward galley with or without a dedicated crew compartment.

Within the visit, we were allowed to take photos of the flight deck only due to the testing equipment onboard the aircraft. You can see a gallery of this below:

With the understandably limited photos we can take inside the interior, here are some exterior shots of the G800:

Gulfstream also confirmed that the list price of a G800 will be a cool $72.5 million per unit, which is less than the 10 feet longer G700 at a whopping $78 million per unit.

As we mentioned previously in this piece, Gulfstream have had a fast turnaround in the G800’s testing program so far.

In the space of 17 days, the aircraft had its first flight and then flew internationally to Farnborough, which demonstrated well the capabilities of those working on the program. It is a feat that should be noted significantly as it is quite the feat to get this far so quickly.

Charlie Gray also commented on the dynamics of Gulfstream’s latest generation of business and corporate jets, saying, “We’ve tuned them all so that when you’re flying it, you really can’t tell whether you’re in a [G]500 to [G]600, [G]700, [G]800.”

“The cockpit’s the same, the interaction with the aircraft is the same and the handling qualities are nearly the same. So really the only time you know which one you’re in is when you’re taxiing right, because now your size considerations are very important, as far as you know when to turn the aircraft and what kind of wingtip clearance you need. But when you’re in the air, it’s hard to know which one you’re flying.”

It remains clear that the Gulfstream G800 is on track to be a game-changer in the business aviation market.

By offering superior range, new innovations and designs, it is going to be interesting to see what the cabins will look like in real life post-render.

Insights from Charlie Gray highlights how developed the airframe is already, despite the low number of hours it has had in the testing stage so far. Commonality will enable the aircraft to get through the certification steps a lot faster, and that will work to Gulfstream’s advantage.