LONDON – With the Farnborough Air Show 2022 starting in less than a week, let’s begin our preview ahead of the event. Next, we take a look at BOOM Supersonic and how they will probably make some good head-ground.

AviationSource will be at the airshow for the entire week, providing live updates as they happen from the many manufacturers, airlines & exhibitors that will be attending.

You can visit the page by clicking here! Make sure to bookmark it, with live coverage beginning Monday morning at 8:30 am UK time.

Confidence Off The Back of Overture with United Airlines?

Off the back of their order for 15 Overture aircraft from United Airlines, BOOM Supersonic will be entering Farnborough with a good level of confidence.

AviationSource will be attending a media briefing with BOOM next week to go over their updates as a company to see which parts in the development they are currently at.

We won’t see Overture in service for some time (Close to the end of the decade), but getting their name out into the wider world this decade is going to be important for them.

But with the United order, this lets them lay down some much-needed positive groundwork that they can use for further discussions with other airlines and suppliers down the road.

Could We See Some Orders?

At this stage, it’s unclear whether they would announce any orders at Farnborough. It is of the view that the attending of airshows are going to be more fact-finders with clients to see what the needs are for supersonic travel.

If they do announce any orders, that will come more as a surprise, especially with the program being in the early days of development and testing with the XB-1 program at present.

Announcing orders at this stage would probably be a bold move. But of course, this depends on the behind-the-scenes conversations that BOOM is having with its stakeholders and future customers.

Whatever BOOM chooses to do at Farnborough, it is going to be positive exposure that they are wanting to reinforce what is already a strong brand.

Laying The Foundations For Future Airshows…

As we have touched upon, BOOM’s presence alone is a good sign. They are slowly beginning to lay the foundations for success, especially if it means they will be at future airshows.

Overture will, of course, be the main thrust of marketing towards the commercial side of things, especially when there is slowly but surely a penchant being developed for faster travel.

Amid the high demand for travel, this will, of course, place a further emphasis on faster travel so then passenger turnover can increase as a result.

So if anything, BOOM does look to be in a potentially good place to market themselves as the solution moving forward, especially when business travel rebounds.

It remains clear that BOOM is taking the right steps when it comes to exposure of Overture and the company overall.

Looking to next week, it will be interesting to see what the company announces at its respective media briefings, as well as what significance they will have for the future.

With sustainability being a big issue in the sector as well, BOOM also has the opportunity to market itself as a sustainable supersonic manufacturer.

Be sure to follow our coverage on AviationSource next week! 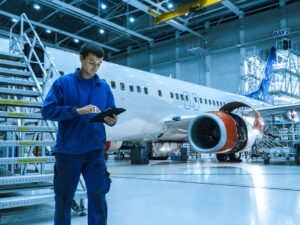 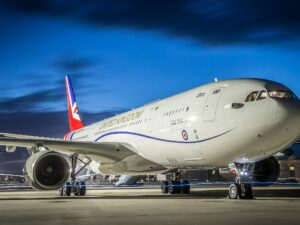