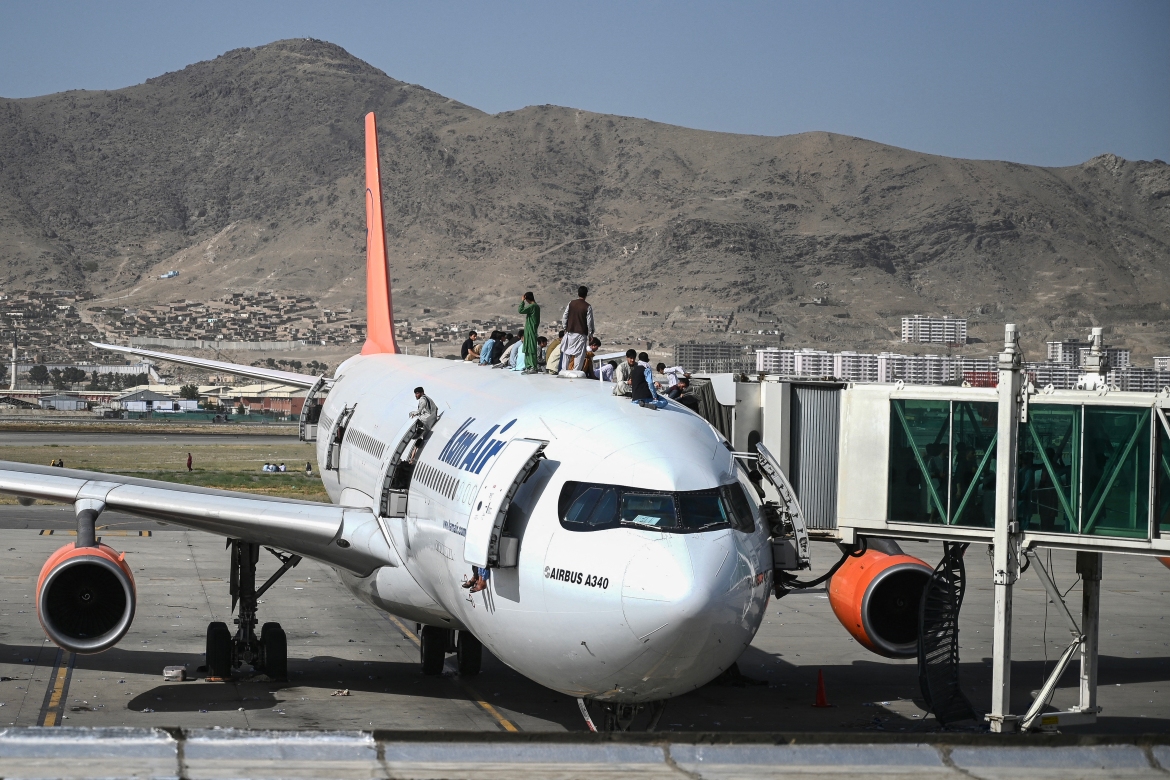 LONDON – Around five months ago, chaos descended in Kabul Airport, Afghanistan as the Taliban increased its control and influence in the region.

Following such withdrawals by the United States Government, the Taliban takeover resulted in an exodus of Afghani nationals wanting to flee.

As provided via our live coverage back in August, it was an event of unparalleled chaos, with many military and civilian aircraft going in to rescue as many people as possible.

Now that many months have passed, we now take a look at the situation at Kabul Airport, and what 2022 may hold for this location.

Hamid Karzai International Airport’s history began in 1960 where it was developed by Soviet engineers, meaning this airport was born well into the era of the USSR.

In that decade, foreign tourists visited Afghanistan through this airport, with that ending in 1978 due to the Saur Revolution.

Between 1979-1989, post-Soviet Army invasion, the airport was used for the USSR as a military base for the Russians as well as for the former President of Afghanistan, Mohammad Najibullah.

Between 2001-2005, the airport was in a bleak place due to bombings conducted by the United States Air Force and coalition forces, before being handed over to the International Security Assistance Force, which began to develop the carrier.

By 2005, a new radar system was developed for the airport, even to which the Federal Aviation Administration in the United States upgraded in 2010, following the restart of international flights a year previous.

In 2014, the airport was named after former Afghan President Hamid Karzai, who contributed significantly to the redevelopment of Afghanistan during its hard years.

Are there any operations out of the airport presently?

To answer this question sufficiently, we must look back to September 2021, around a few weeks after the withdrawal took place.

September 2, 2021, via a report from the New York Times, stated that “the airport will open very soon”, as was mentioned by Daoud Sharifi, the CEO of Kam Air of Afghanistan (Huylebroek et al, 2021).

This has been given increased odds, especially with the Qatari Air Force flying in “airport technicians as well as equipment and security officers” as well as the United Nations ensuring that “all efforts are being made to step up operations as soon as possible and increase the number of flown-to destinations in Afghanistan (ibid).

Such movements being made ensured that the airport could reopen to receive aid, after “the runway at the airport [had] been repaired in cooperation with authorities in Afghanistan” (Regencia, Gadzo & Uras, 2021).

Around a week later, Qatari officials stated that the airport “is about 90% ready for operations but its reopening is planned gradually” (Reuters, 2021).

Even at this point, a Taliban government had yet to be formed.

By September 11, “The United Arab Emirates [had] set up an air bridge to deliver tons of aid to Afghanistan after the Taliban takeover”, with the country operating around 11 flights per day, handling over 255 tons of medical aid and food items at that point (AFP via France24, 2021).

Around three days later, tensions began to heat up between the Qatari Government and the Taliban, when the country stated that “Qatar… will not take responsibility for Kabul airport without “clear” agreements with all parties involved, including the Taliban, about its operations” (Al Jazeera, 2021).

By September 27, 2021, the “Taliban-run government [urged] airlines to restore services to the Central Asian state, insisting that the main international airport at Kabul is open” (Kaminski-Morrow, 2021).

What followed after that came news from the Afghanistan Civil Aviation Authority (ACAA) stating “that all the technical issues at the Hamid Karzai International Airport in Kabul have been addressed and it is ‘ready’ for international flights” (Airport Technology, 2021).

It would have seemed at that point that the Taliban were keen to get airline operations underway, especially as “India’s Directorate General of Civil Aviation (DGCA) reportedly received a letter from the Taliban to resume their commercial flights” (ibid).

By November, the UAE, Qatar, and Turkey all became in competition to operate out of the airport in Kabul, with the UAE at that point holding “a series of discussions with the [Taliban] in recent weeks to discuss operating the airport” and was representative of “how countries are seeking to assert their influence in Taliban-ruled Afghanistan even as the group largely remains an international pariah and its government not formally recognized by any country” (Daily Sabah & Reuters, 2021).

As we entered the New Year, it is to of an understanding that up to 20 flights take off and land at Kabul Airport daily, with the “use of Afghanistan airspace” slowly increasing (Frough, 2022).

Do we anticipate a normal return to operations under the Taliban regime?

It appears that flights have continued as normal in Kabul, but not without some form of disruption.

Rather than it being a political disruption, it is weather-based disruption. “Flights to and from Kabul resumed [On December 16] after hours of delays caused by overnight snow that blanketed the Afghan capital” (AFP via The News, 2021).

Operations, of course, are at no point at what they were pre-conflict, but it does seem like we could be returning to that level of demand very soon.

On Christmas Eve 2021, “Taliban officials in Afghanistan confirmed… that they had discussed plans with a joint delegation from Turkey and Qatar for forms from the two countries to run airports in Kabul and other Afghan cities” (Gul, 2021).

The Turkish and the Qatari’s seem up for it, especially as before they traveled to Kabul for those talks with the Taliban, “a memorandum of understanding [was signed] to operate the city’s airport “on the basis of equal partnership”” (ibid).

All that waits really is for the Taliban to fully complete this deal, which would see further legitimization of that state increased by states in the Middle East.

If this does get completed, then such anticipation of a normal return to operations gets ever closer to reality, and that will be good news for the Taliban Government, and potentially Afghani nationals as well who may want to flee the country still.

What remains clear is that operations out of Kabul Airport and potentially other Afghan airports may be able to resume again, with big and significant help from other states in the Middle East.

However, whilst this is one hurdle that the Taliban have managed to overcome, the other will be whether airlines outside of the Middle East will be happy to fly into those airports or not.

The short answer to that theory will be no, especially with significant geopolitical tensions between the West and the Taliban-ran state.

Unless dialogue takes place politically, which is what the Taliban is calling, then such a situation will remain the same, and Afghanistan will not have any opportunity to thrive further economically away from the Middle Eastern states.