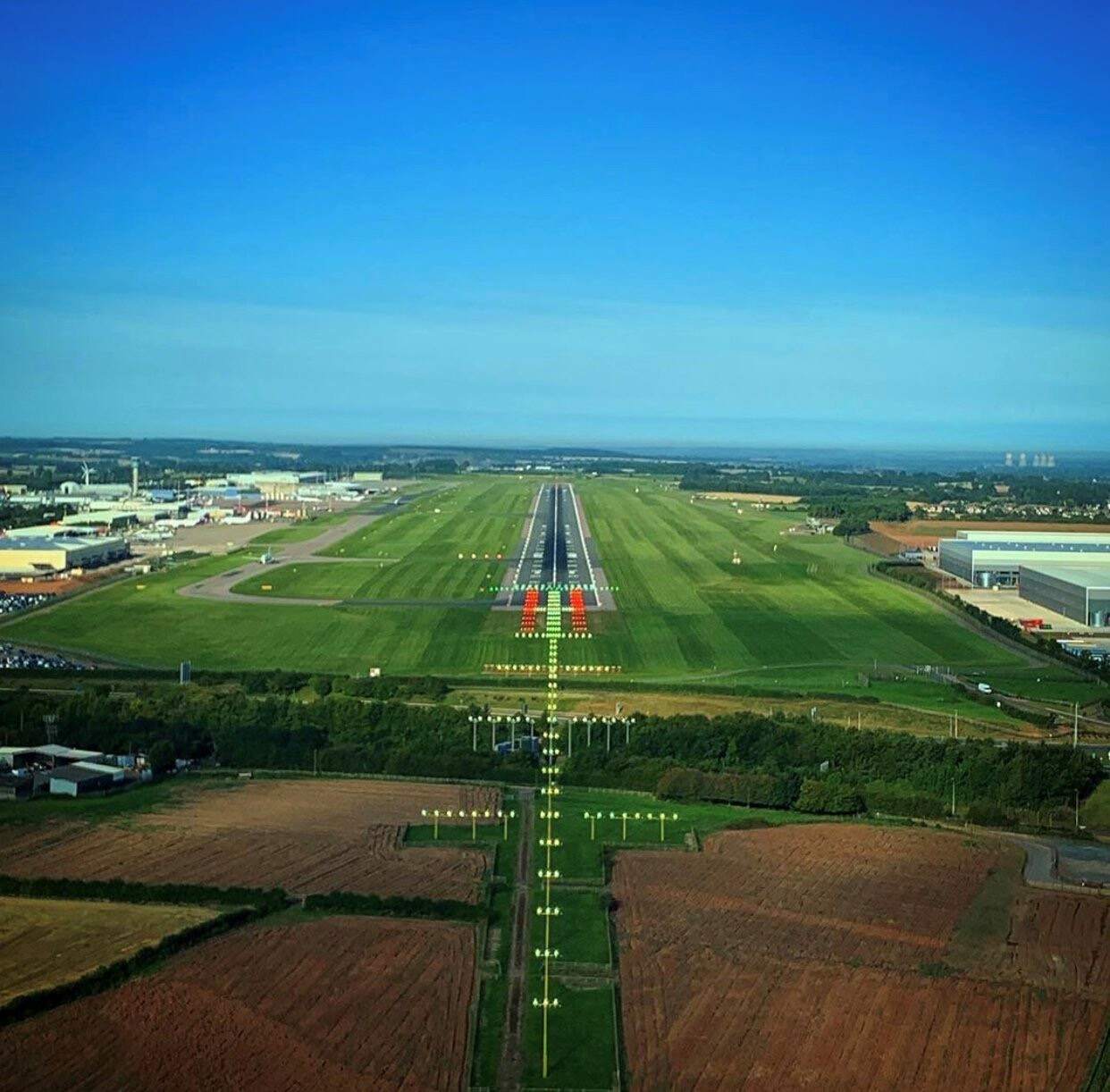 LONDON – In the wake of the unique situation that the UK and the rest of the world are in, airports such as East Midlands Airport (EMA) have had to find ways of innovating as well as adapting to the new conditions of the industry.

Back in January, AviationSource got to sit down with the airport’s Head of Cargo Stephen Harvey as well as speak to the Head of Media at East Midlands Airport, Ioan Reed-Aspley to discuss the direction the airport is taking currently.

JF: Stephen and Ioan. Thank you for taking the time to talk to me. My first question is with the UK being out of the European Union, how has this changed the airport’s strategy towards cargo?

SH: The interesting part about East Midlands is really it’s global. We are global integrators. So prior to the 1st of January, over 50% of our business doesn’t have any EU involvement. So in other words, it had to enter customs anyway. So with the new regulations that had to be adhered to on January 1st, it never made that much of a difference as we were doing those things already.

This means that the level of investment placed in additional resources required to ensure that the cargo was delivered was still there. The feedback is that it is business as usual, and the customers that we work with and deal with are not seeing any big delays in delivering goods or processing them et cetera.

So with there being no major disruption to the network so far, there is no cause for concern and may not require a change in strategy as may have been originally anticipated.

JF: With that in mind, it remains clear that the airport is just as busy on the cargo front, and has therefore increased with the demand provided by the global pandemic?

SH: With the increasing movements that we have seen, we have seen a reduction in air cargo capacity that is normally supplied by the passenger flights. If we take Asia into Europe as an example, over 80% of the cargo capacity was removed from the market in the early stages of the pandemic, meaning that capacity had to go somewhere.

And this of course was the reason why passenger aircraft had been temporarily converted into freighters using the main decks for cargo storage rather than for passengers.

Even then, such reductions in cargo capacity have benefitted the likes of DHL, UPS and FedEx as its made the market more valuable, and results in the increase of additional aircraft movements, but that is not something to gauge the demand on.

It’s looking at the changes in trends, which we have seen particularly with the increased use of E-Commerce during lockdown, with the expectations of deliveries to be completed within 24-48 hours. That therefore increases demand on what is currently a tight network.

JF: How does East Midlands differentiate itself from the likes of London Stansted and Doncaster-Sheffield Airport, who both have become more prominent in the cargo world over the last few years?

SH: In a manner that isn’t being disrespectful to Doncaster, the airport is what you call an export/point-to-point airport. East Midlands, with our customers in particular, is a global airport as seen with DHL’s vast portfolio overseas.

And with that also comes the vast investments into the programs itself. DHL again as an example have Boeing 777 Freighters on the way, UPS too with Boeing 747-8Fs (At the time of writing). So you can see that it’s not an investment for today, it’s about tomorrow and it’s also about investing in new and modern fuel-efficient aircraft. So its why we have the environmental side that we are working with them on as well.

That is what makes us different to the likes of Doncaster and Stansted. We work with our customers on the future, new equipment, new technology as well as other things. That is what we are extraordinarily strong at.

Another element is where we are located. With us being bang in the middle between Manchester and London, it opens further logistical channels that can be established a lot easier. For example, there is the surrounding infrastructure being the East Midlands Gateway as well as the Marine and Rail transportation systems too. Therefore, we also see the likes of Birmingham thrive as well in terms of the cargo demand. The focus on multimodal transportation has positioned us into a better situation for sure.

JF: Obviously with BREXIT and the COVID-19 pandemic placing its challenges quite harshly, has this changed the outlook for the airport? What is the next decade going to look like for the airport?

SH: I think that things haven’t changed that much as the development of air cargo will continue. Customers have invested in this for the future. We have for example the opening up of the UPS facility at the airport, offering a considerable and major commitment.

In my commercial opinion, the Express product, which encompasses E-Commerce and the distribution channels that come with that, will continue to develop. I believe that for the next five to ten years, this will be the cause of most of the development within the air cargo industry.

As for long-haul business travel, it is probably going to be a longer extended period before it returns, as opposed to the short-haul economical holiday type business.

But even then, I see a bright future for East Midlands in its development and that no amount of damage will keep it from continuing on its path.

IRA: As you know, Ryanair is the biggest operator out of East Midlands Airport with Jet2 being the second. They are telling us that there is demand for, you know, plenty of flights in the summer and it is the case of working with them to ensure that they can maximise their offer and we can support them in any way possible to ensure they’re reaching their key customers in the region.

We do have quite a loyal repeat customer market, especially amongst the slightly older demographics because they like using their local airport rather than commuting to the likes of Manchester, Birmingham or any of the London airports.

These people live in our core catchment area. Also the size of the airport is attractive to such passengers as it’s relatively easy to park and get from the car parks to the terminal. It’s very easy to navigate your way around.

Such ease of access amongst other factors will help the airport when it opens up for passengers fully again due to that strong, solid leisure offer that we will have and that is something we will continue to build on as the sector bounces back.

JF: With that in mind, whenever I speak to enthusiasts about the airport, they consider EMA as the cargo airport of the UK. With what we have discussed already in terms of the catchment areas and so on, do you ever think that EMA will ever be in a position to handle more passengers than freight? Or will freight continue to be the theme of the airport going into the future?

IRA: I think it’s about 50-50. There is the common misconception that because our cargo operation is more resilient, that it offers more success to us. Whilst it does that, the majority of our income comes from passengers. Airports don’t make huge amounts of money from landing charges and things like that.

The money comes from people buying parking as well as retail within the airport itself. Therefore, passengers are invaluable to East Midlands Airport and you wouldn’t have an airport on that operational scale without the passengers.

Cargo will probably grow faster in terms of volume. The number of passengers per year will drop over the next few years but will gradually build up again. Pre-pandemic, we were handling five million per year. It will take us a while to get to that point again, but at the absolute best case scenario, we can handle up to eight million passengers per year.

Another point to make here is that everyone has had to modify in all sectors because of the pandemic. EMA is a very resilient airport and we are in a good place with our cargo. There is demand for that. And the customers on site want to continue to invest and grow that operations.

As mentioned in our prior conversations about BREXIT, additional charges will come about as a result. Which comes as no surprise. Time will tell about its repercussions, but I personally believe that we can see some growth here, for both cargo and passengers.

JF: Is there anything else that you wish to say to our readers regarding EMA?

IRA: If you read this article as a passenger, please do start booking holidays and travel through East Midlands Airport when you feel comfortable to do so and is safe to do so.

I think from a passenger point of view, this airport continues to be a choice for people who live in this region, with a strong offering.

If people want to get away quickly and easily without too much hassle or time being wasted, then use East Midlands. We are really looking forward to welcoming passengers back, even if it will be weird experiencing them back in the terminals.

The other aspect is our critical role in the region. I think 2021 is going to be a very important year because the importance of our cargo operations on jobs, skills and growth in the region are going to increase, and will represent a regional fight back in the economic fight back.

SH: I think in my job, reaching out to the cargo clientele, I think East Midlands will continue to grow as it has the customer base that makes me feel very confident about the future. If you are an enthusiast, come to East Midlands, come along and when possible to do so, go to the end of the runway at 10pm at night and just see the buzz and the excitement. Listen to what is going on.

It’s an aviation city at work and we are very proud of it. Just continue to support it but it’s not just about that. It’s about understanding that in the new modern world or new ways of consumer spending, how it provides the everyday items that we now take for granted. It will continue to do that it’ll continue to develop and support the way our society moves forward.

JF: Gentlemen, thanks so much for taking the time to talk to me.

As Ioan stated in the interview, such an expansion in its facilities cannot take place without the vital passenger revenue produced by the likes of Ryanair, Jet2 and others.

Therefore, it is most definitely an Aviation City at Work, and with plenty of work to do. 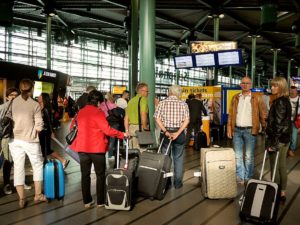 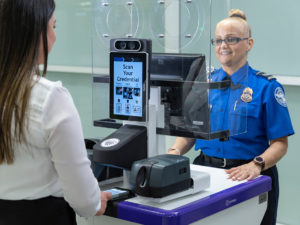 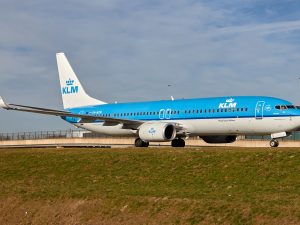