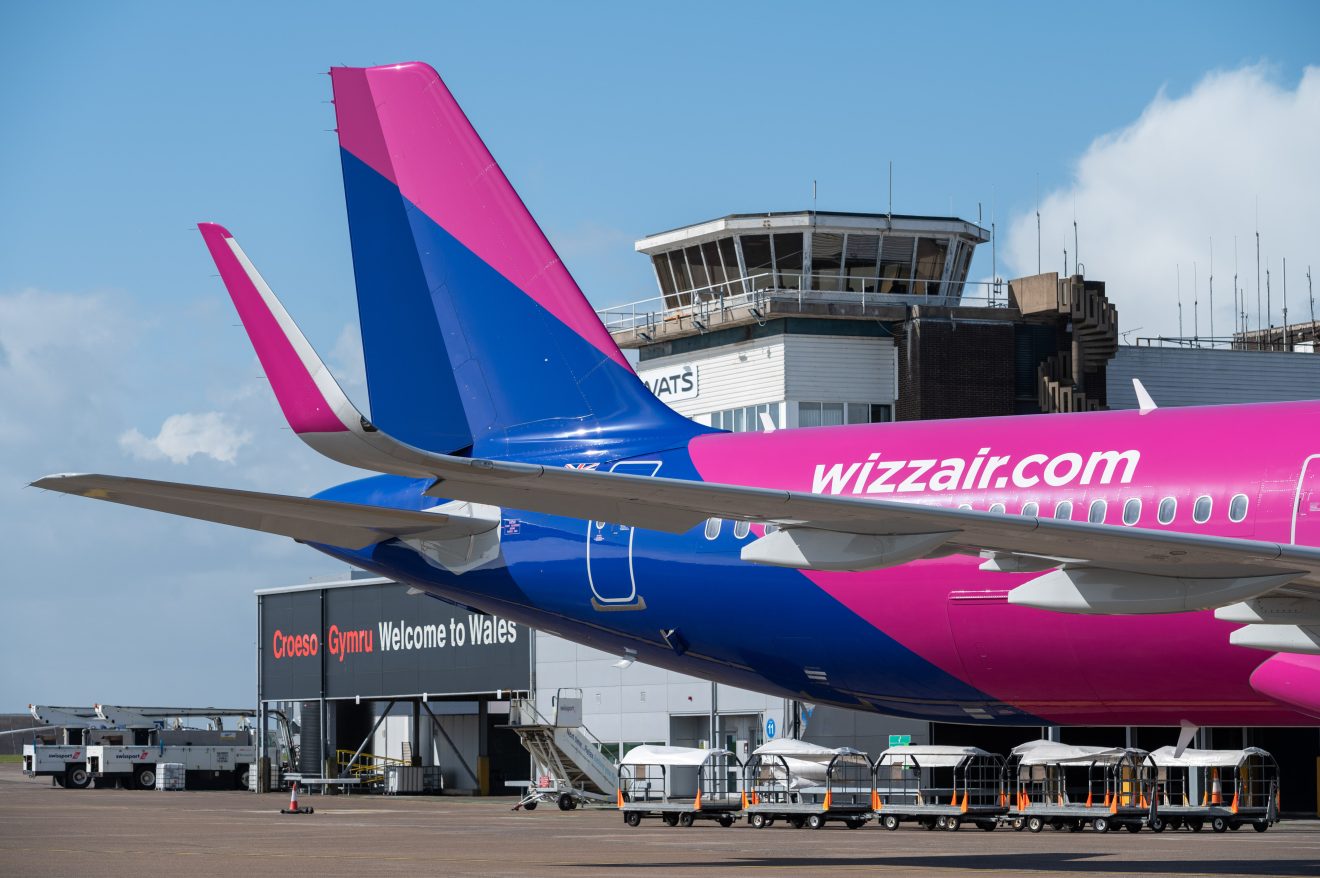 LONDON – Low-cost airline Wizz Air will reduce its flight schedule during the winter months while suspending routes to many popular destinations.

It has blamed the changes on a “difficult economic environment”. The airline will continue to operate new winter season flights launching on October 30 to Milan, Italy, and Bucharest, Romania.

Airline officials say the services termination decision was difficult but made as soon as possible to minimize last-minute cancellations and provide customers with easier rebooking options.

Passengers with bookings affected by this change will be notified by email and may choose to receive a 120% of the original price on airline credit, a 100% cash refund or similar flights for the next summer from Cardiff or this year via London Gatwick or London. Luton.

Due to the suspension of base operations over the winter months, all staff based in Cardiff will have the option of redeploying to other UK airports over the winter. Wizz Air plans to resume operations from Cardiff next spring and, as part of its long-term commitment to the airport, has already launched its summer 2023 flight schedule, available via wizzair.com.

Marion Geoffroy, Managing Director of Wizz Air UK, said: “We are extremely disappointed to have to suspend several routes from Cardiff Airport for the winter season. Although these routes have proven popular during the summer season, it will not be commercially viable to continue operating them during the coming winter due to the difficult macroeconomic environment. That leaves us with no choice but to suspend these routes until next spring.

Wizz Air UK launched its Cardiff base in April this year and an Airbus A321 has been parked at the airport to operate nine new routes. The expansion activities created approximately 40 direct jobs and another 250 indirect jobs. Now that the airline has scaled back most of its operations out of Cardiff, all 40 staff will be offered alternative jobs at other UK airports over the winter.

Given that the announced route suspensions will take place with just over a month’s notice, many passengers who have booked these flights will be inconvenienced with their travel plans. To compensate for this inconvenience, Wizz Air is extremely apologetic.

“We deeply regret any inconvenience this may cause to customers who have already booked flights with us. We are in contact with all affected customers to explain their options,” Geoffroy said.

The airline will offer customers many rebooking and refund options. “It takes time to build up sustainable operations at any base, and we are ready to build up operations at Cardiff for the long term,” Geoffroy concluded.

The company established a new base at Cardiff Airport in December 2020 and created 40 new jobs, with the aim of increasing the airport’s annual capacity by 350,000 seats.

However, it reported mounting losses of £381million in the first quarter of this year, which it said was due to the impact of fuel costs and recent airport disruptions.

It said rising demand and ticket prices should ensure a “substantial operating profit” in the second quarter.

Cardiff Airport has been owned by the Welsh Government since March 2013.

Welsh Government Minister Julie James said: “Although this is an unfortunate time, the airport board remains positive about its recovery from the pandemic as there is still significant demand for travel this year.

“My officials will continue to maintain a close and open dialogue with the airport’s board of directors, and despite this announcement, I remain positive about the airport’s recovery and eventual growth.”

“Wales needs an airport that attracts airlines to boost the economy and show Wales to the world.

“Labor ministers should monitor the situation and provide urgent clarity as to when the services will resume and what alternative routes are being planned from other airlines.”