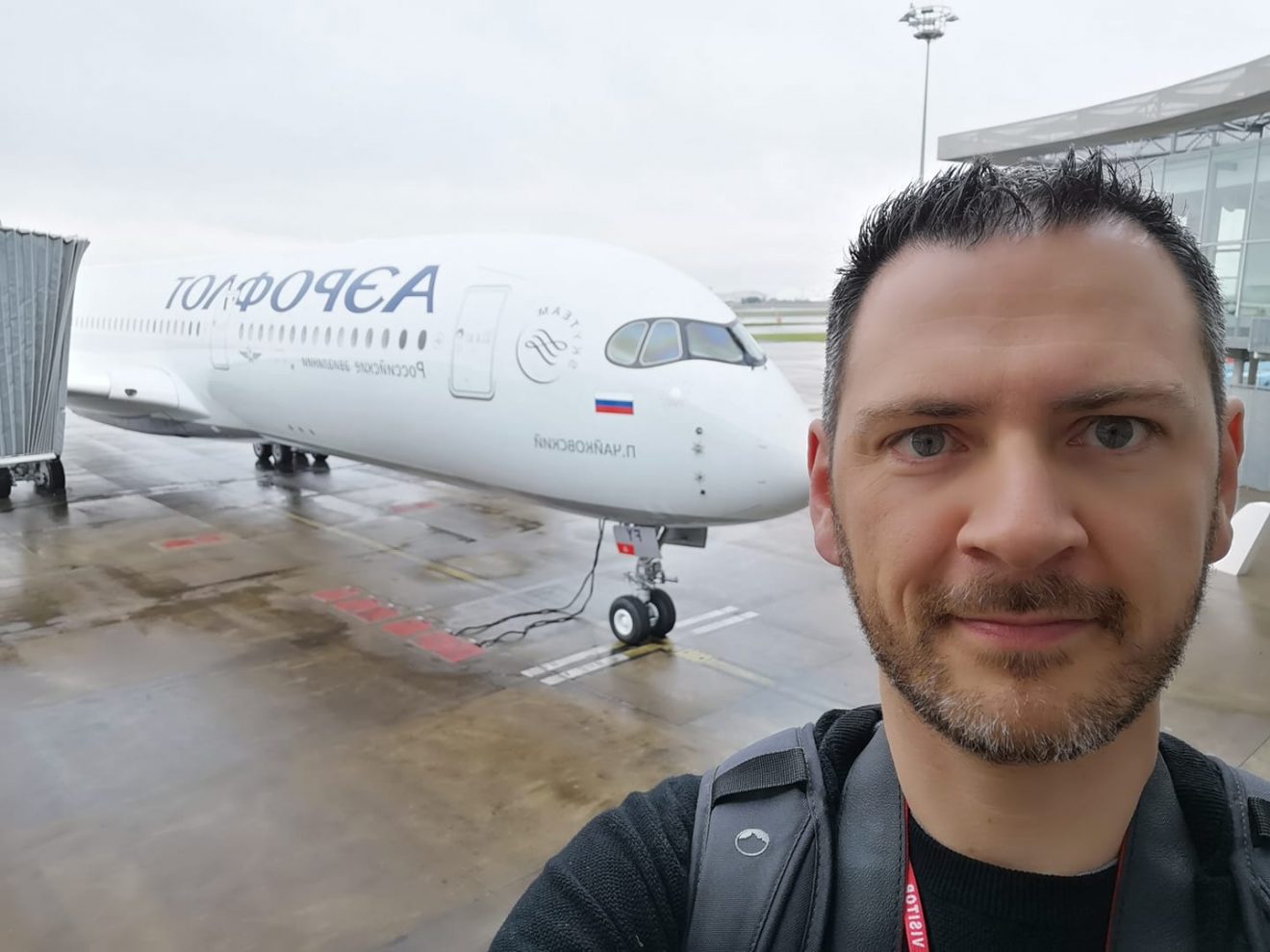 LONDON – Clément Alloing is very well-known in the industry for taking a lot of photos out of the Airbus facility in Toulouse (TLS). Whilst we may be four months into the new year, he wanted to showcase his ten best photos from last year, from both TLS and Barcelona (BCN).

So without further ado, here are his ten best shots from last year:

“For me, this was my target shot of 2020, the Etihad Airways Boeing 787-9 Dreamliner in the Manchester City Football Club blue livery seen at Barcelona Airport. I was very happy to capture this last year”.

“Continuing with the theme of Etihad Dreamliners, I was lucky enough to get a picture of the F1 special livery three days before my local area went into lockdown. This was a good way to send-off my potential hiatus on photography for the months ahead at the time”.

3. The Famous American Take-off at BCN

“Here, we have N776AN, an American Airlines Boeing 777 seen banking to the left, just moments after departure from Barcelona. A great sight to see, that’s for sure”.

“Here, we have one of the Antonov Design Bureau AN-124s seen on approach into Toulouse on behalf of Airbus Space, operating a satellite transfer to either Baikonour or Cayenne”.

“I never get bored of these military charters. I tell you. This was a particularly rare find for me, being the Qatar Emiri Air Force C-17 Globemaster, seen at TLS”.

“The Virgin Atlantic livery on the Airbus A350-1000 is absolute perfection. It works so well and is another pleasure to photograph whilst at Toulouse”.

“The same applies for the British Airways Airbus A350-1000. Both liveries go very well together with this aircraft, and provides a substantial opportunity for brilliant compositions”.

“Airbus did a fantastic job with the All Nippon Airways Airbus A380s, especially with the very unique use of turtles on its fleet of three aircraft. It was a perfect way to send off the A380, especially as production comes to a close”.

“Another key highlight to 2020 was being invited to cover the first Airbus A350 delivery to Russian carrier Aeroflot. With a simplistic yet amazing look to the livery, it was another joy to photograph”.

9. A New Bird for A New Airline

“I like this sunset shot as it highlights one of Airbus’ new birds, the A330-800neo, in fantastic light and in a very sporty Uganda Airlines livery too.”

10. A Pink Aircraft in the Pink City

“My final photo looks at the Azul Airbus A330neo in a pink variation to its livery, which suits very well compared to the conventional blue livery normally on Azul. This rare livery will be something that reflects Brazil well in a positive light.”

Overall, these ten shots have perfectly reflected what has been a great year for aircraft sightings, and Clement has done particularly well in capturing it. You can see the rest of his catalog by clicking here!

The Bounceback Will Occur Sooner than 2024: A Chat with Josh Cahill
Norse Atlantic Airways: A Continuation of Kjos’ Aviation Legacy?
Comment