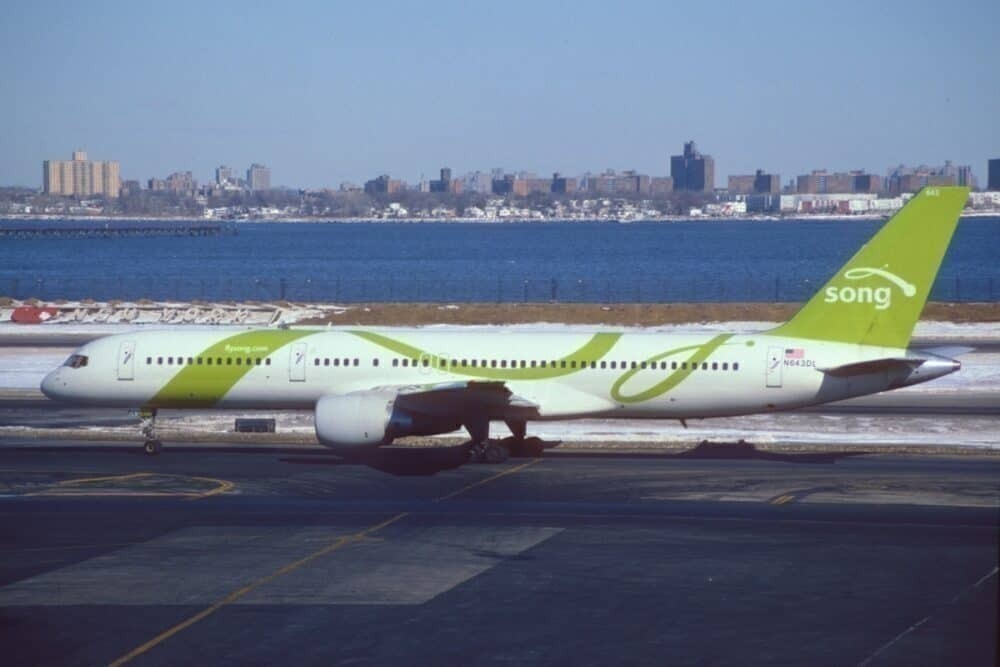 MILAN – Families with children had the opportunity to try leather seats equipped with satellite television, video-on-demand, MP3 files, and video games. A healthy cuisine was dedicated to visitors who could sit alongside fuselage windows featuring moving clouds that replicated the flying experience (Casalino, 2004).

They were called “Song in the City”, a kind of shop etched in the memory of a few, set up only for a period of 9 weeks in Downtown Manhattan and in Boston to promote the newborn Song.

The subsidiary of Atlanta-based Delta Air Lines, Song, is a timeless example of a poor branding strategy.

In March 2002, Delta was still facing repercussions from 9/11, including a decline in the demand for air travel, rising fuel costs, and industry layoffs. In the worst period of the industry before COVID-19, the advent of budget airlines was added.

In particular, the entry of Allegiant, Frontier, and JetBlue into the U.S. domestic market, led the giant Delta, which was feeling threatened even in its fortress (Hartsfield–Jackson), to think of a new competitive strategy.

The legacy airline strived to halt the expansion of low-cost airlines as early as 1996 with the no-frills Delta Express, based out of Orlando International Airport. But in 2003 Delta decided to create a budget airline that was in total discontinuity with the parent company.

Song was a name not occupied by any other airline but because, in fact, it didn’t refer to an airline, and this is a marginal issue. There are many companies around the world with a name that doesn’t contain the product (i.e., Apple and Barilla) but they keep a formidable marketing strategy.

If marketing misses the mark, the brand durability becomes a mirage.

As expected, Song’s strategy turned out to be wrong because it never delivered a brand promise, consisting of three essential elements: one’s own strengths, the customer’s desire, and the competitor’s strengths. Let’s imagine these three points as intersected circles.

The center that is created is the common denominator, where the company must act, and find a compromise. Song heavily focused on his own strength but left out the other two components.

Starting with the definition of the airline’s target audience that it was too much focused on a specific group of women, thereby excluding a large portion of potential customers.

Song’s buyer persona was the so-called Discount diva, a woman between the ages of 35 and 54 with a middle- to upper-class household income who makes most of the travel decisions for her family (Casalino, 2004).

Song also forgot to consider competitors’ strengths. Born to challenge low-cost airlines, it turned out to be anything but low-cost, despite its fares being 20 percent lower than Delta’s ones, the price didn’t appear to the customer as the main factor of choice.

Paradoxically, Song retained a top-of-mind awareness at the advertising level but was barely associated with an airline. Before the advertising campaign was launched in September 2003, the airline already had 22 percent brand awareness, which rose up to 80 percent at a later time (Grant, 2010).

But meanwhile, it must be said that visitors to the Song’s shops in Manhattan and Boston couldn’t identify the product. They weren’t sure if the store was a travel agency or an airline. In other words, the audience recognized the Song trademark but not the low-cost structure behind it.

“We are not an airline, we are a culture”

The above-mentioned slogans reveal another mistake. The carrier focused on brand ethos as the only persuasion technique. The advertising campaign aimed to create a unique identity to gain credibility within the media, not to sell a product, which was the cheap flight.

Song proposed itself as a lifestyle brand, with marketing and PR platforms built around three specific categories: style and fashion, health and wellness, and entertainment (Casalino, 2004).

There were no low fares clearly displayed on the website because Song, unlike its competitors, wanted to position itself in a higher market, that is the luxury travel experience. To rephrase the statement, the airline’s goal was to establish a culture of flying (Vaz, 2012).

Delta discontinued Song only after a few weeks filed for Chapter 11 in 2005 (Ramos, 2005). The concept of airline-within-airline has always shown gaps and the cost of running the main Delta brand and Song was very expensive (Maynard, 2005).

An FSC pursuing a matryoshka model by founding an LCC has difficulty in keeping costs down, especially since agreements between pilots and flight attendants must be preserved. In contrast to a low-cost carrier that bases its business on cost-cutting.

So, why did Song stop singing? “Song could not deliver on its brand promise. It was a marketing Frankenstein, an amalgamation of market research. The airline had built its brand around this core customer, and it just wasn’t sufficient to keep the airline aloft” (Deming, 2007, p. 89).

The Ultra-Low-Cost Model Will Emerge Stronger Post-Pandemic: Here’s Why.
EXCLUSIVE: A Talk with Robert Gandt of Pan Am – An Icon in its Acquisitions and Innovations
Comment