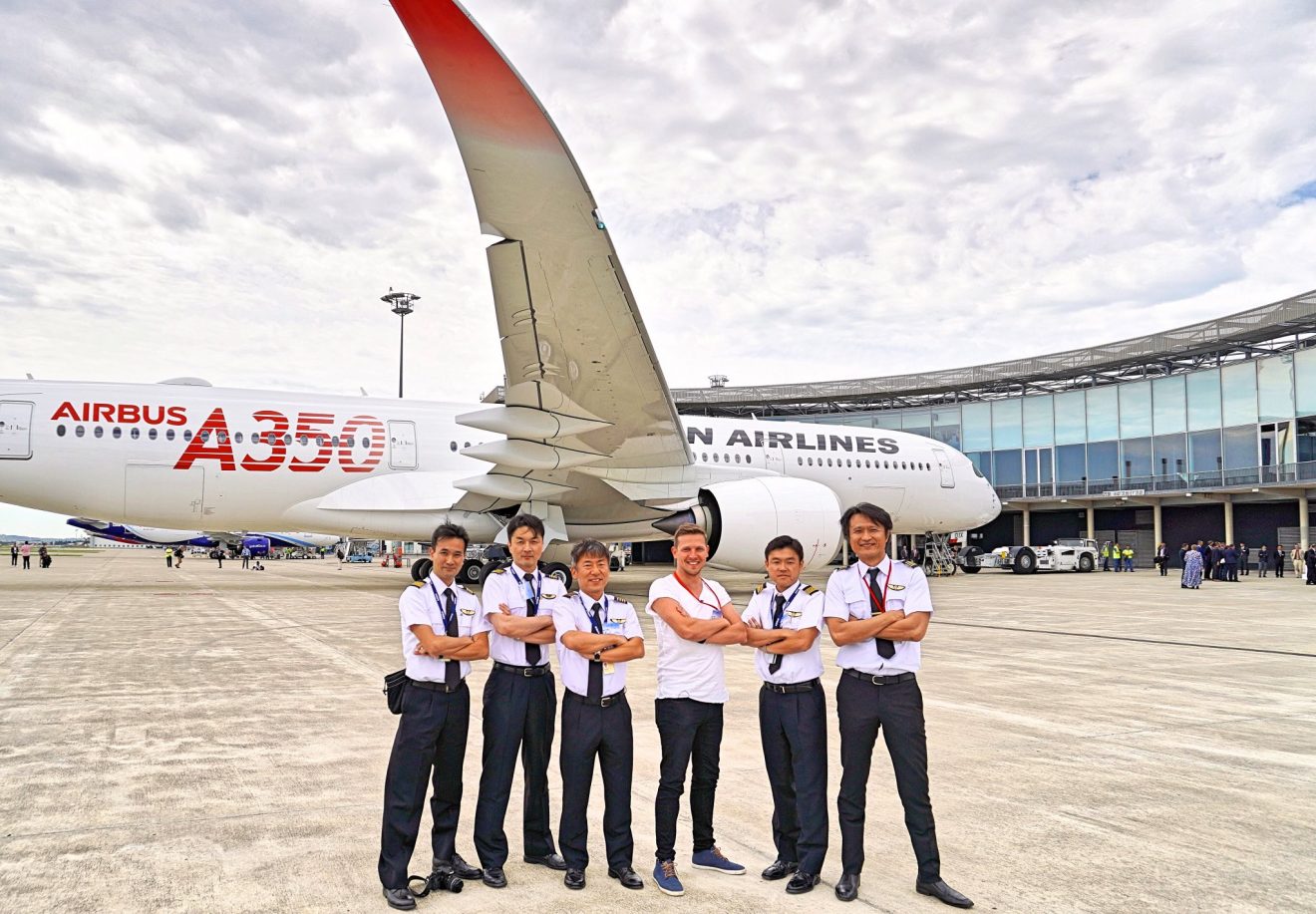 LONDON – AviationSource got the opportunity to speak with airline flight reviewer Josh Cahill, who has over 340,000 subscribers on YouTube, about his perspectives on the industry.

This interview features a different perspective to those in the industry, particularly with Josh being able to travel during the pandemic, regardless whether it was more infrequent than he would like.

Without further ado, here is the chat we had with him.

JF: Josh, thanks for agreeing to talk to me. What’s your assessment of the pandemic on the aviation sector, especially as we enter the new year.

JC: That is a tough one. It’s been quite a surprise and it’s been quite tough for, for everyone involved, especially for us journalists and content creators. It’s very sad to see all those beautiful airplanes being retired and airlines struggling. We all know about this from the perspective of a content creator too.

My job also changed quite a lot because from just reviewing products I turned into the COVID police where I was more policing, how airlines are going to perform and their strategies, how much work they have done and how they deliver on their promises.

Because I mean, we saw that quite a lot this year, that airlines came up with quite some interesting concepts, but some airlines really struggled they never really put them into reality while some airlines did an amazing job.

My job shifted from reviewing a product and giving people an opinion on what a seat is like to giving them an update of what traveling during the pandemic is like, but now by the end of the year, everything is going to recover now with their vaccine.

And I really hope that as brutal as this pandemic was, that the whole industry is going to bounce back. So I think it’s a great time to be alive.

JF: What do you think 2021 is going to bring to the industry? Will it be, more the perspective of a hopefulness or do you expect more disruption along the way?

JC: I do believe that it is going to be even tougher this year because we kept all the airlines alive throughout this pandemic through those rescue packages and bailouts.

So, everybody, all the carriers who have stayed federal or state-funded, such as the Middle Eastern carriers and the big flag carriers, they are going to get through this year prettier. For the consumer, it is going to be a heaven because you will see the best deals, the cheapest prices you will have ever seen in the history of aviation.

Unfortunately, where the government says, no, “we cannot bail you out any longer”, we will see the continuation of airlines folding.

JF: What you say about you being like the COVID police; when it comes to airlines who showcase their products nowadays to the consumers, what is it like traveling around the globe during the pandemic? And from those experiences, do you think such changes will be permanent as we look to head away from the pandemic?

And my very first flight after the pandemic was from Jakarta to Istanbul on Turkish Airlines. It felt like I was a convict on my way to Alcatraz because we weren’t allowed to move. We weren’t allowed to like, do anything. So it was, it was quite brutal in the beginning but you got used to it. And, you know, for example, Turkish Airlines was a great airline known for its catering and a great product. And all of a sudden you have like a dry sandwich in a fruit box.

However, once I travelled more, I got used to it and so did the airlines who eventually developed a concept and strategy on how to get through this. And now I see a lot of the service element is coming back on to the airlines. They need to have a selling point because most of the airlines are known for great service, nice smiles and good food. And if they are losing this, they will eventually lose their business as well.

So, I think we’re going to go back to normal as soon as the situation allows and, and I think the competition is on, but I am pretty certain that a few things will probably stay, like the use of sanitisation on-board etc.

JF: Obviously 2020 was a very rough year as we have discussed. On a more positive note, what has been your highlights of 2020?

JC: I think the biggest highlight was just a few weeks ago when I was able to be part of the delivery flight with Uganda airlines and their very first Airbus A330-800neo. I think that was after this terrible year of no airlines really celebrating a delivery to a celebration happening was special.

I was the lucky one because I was the only foreign media to be part of this flight, but it was a bit of a sign of hope because when we landed in Uganda, we were welcomed by the president. It meant so much to the country.

And it also reminded me of how much of an impact that the aviation industry has to give, not just to like frequent fliers, but also to people. And I think that was a very touching moment where I gained a lot of hope again.

JF: So I can imagine that you’ll get this question quite a lot from people. What is your favourite airline and why?

JC: I think the most consistent airline has got to be Qatar Airways. I always have a brilliant experience, with them and I think this is what it is all about. I have always had great flights with the likes of EVA Air, China Airlines and others, but I think when you look at the whole package there’s no way around Qatar Airways.

JF: I think it wasn’t too long ago since it got viral again, but there was a video about the time when you were stuck in China. For our readers in case they haven’t seen the video, could you explain what happened and whether you’ve experienced this sort of problem elsewhere before?

JC: So exactly two years ago, I flew from South Korea, to Beijing and I used to live in China. I visit quite frequently, and I was supposed to get a transit visa so I could stay there for five days and continue my journey. But because of the hotel I stayed with, they failed to register me to the authorities, which is what they are supposed to do in China.

So there’s a transit. These are 144 hours that you get if you fly to Beijing and from there to a third-party country. And I didn’t know that the law had been changed. The hotel in the end was fined for that.  So I was literally floating around in the transit area for hours until a police officer came to me and was wondering what the situation is and why I’m still here. It was lucky I knew my rights in international law or else it could have gone a completely different way.

The airline I flew with Air China and in these circumstances, they are responsible to send me back home to the destination I came from. So, Air China tried to be cheeky first and tried to get me to pay for the flight. But luckily I knew my rights and everything that it’s very important that, you know what your rights are.

After 24 hours and being detained in a little room, I was then sent back luckily to South Korea. The video has been seen 25 million times, and still gets shared frequently.

I don’t know why, but I wish sometimes I could have given him a bit more context in the video so that people would understand the story a little better. But there wasn’t time. But I knew in that situation that this is going to be a great story. So I filmed a little bit, made a great story and got out alive. I have been back to China since and haven’t had any problems.

JF: I’m going to ask a bit of a controversial question now, which is something that always gets people in this industry. Airbus or Boeing?

JC: Airbus. I am an ambitious lover. I have a great relationship with Airbus, I love to fly an Airbus whenever I get the opportunity to do so.

JF: Obviously with this being your job, how has the pandemic affected this and how’s it affected your ability to provide reviews to your audience regularly?

JC: I don’t think I was affected of course, but in terms of revenue a little bit, but nothing major. I would say I have lost around 20% of my income, which was quite fine because I didn’t have to book flights, but then I kind of had to reinvent myself. I asked myself, what am I going to do now? Then I said, okay, I’m not going to judge airlines by their performance. I judged them by their Corona concepts so then the consumer knows who’s taking this seriously more.

JF: This industry has suffered an enormous amount of job losses, financial downturn, you name it. What words of wisdom would you give to those in the industry that are currently struggling? You know, whether it’d be people that have just lost their jobs or people like that who are suffering such financial downturn?

So to everyone who has lost their jobs, don’t lose hope because I think if you really want to be back in the industry and you try really hard, keep pushing forward with your aspirations.

JF: Josh, thanks so much for your time.

What remains clear from Josh’s words is that whilst the industry has most definitely been in the rut for the last 12 months, it is the case where the 2024 recovery targets initially forecasted could come earlier.

It will be interesting to see how true his words will be as the industry aims to repair and recover itself going into the future. Thanks again to Josh for agreeing to talk to us!

50 Years On: Southwest’s Low-Cost, High-Value Success Story
Heathrow’s Third Runway: The Project That Never Got off the Ground
Comment