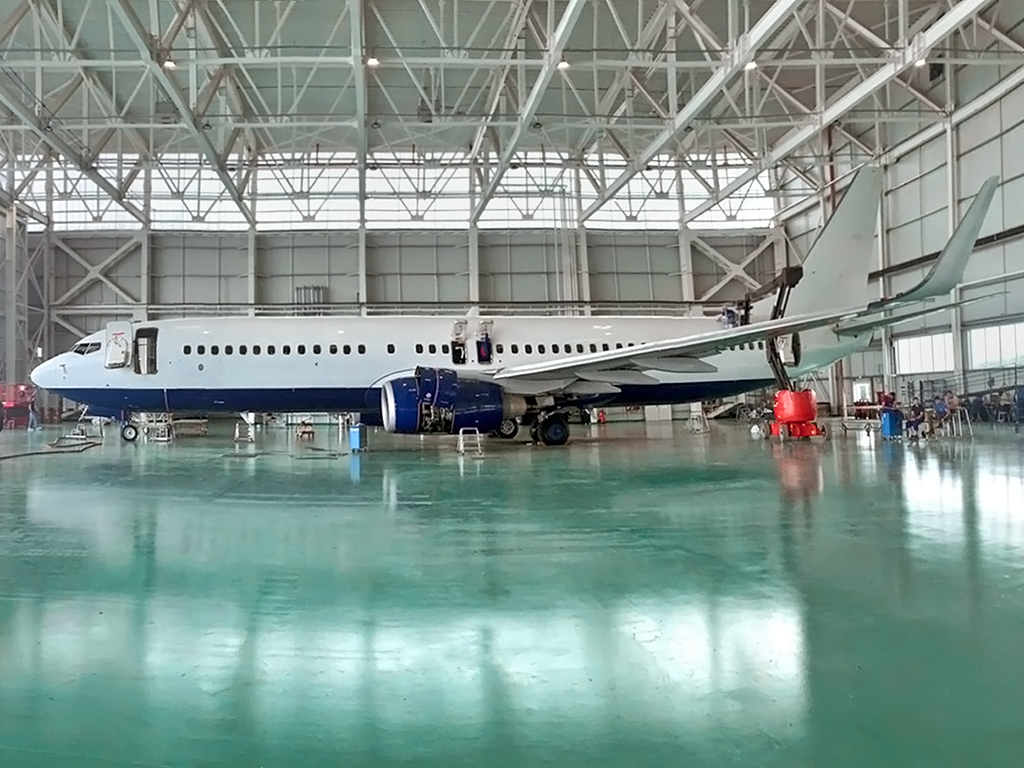 LONDON – SkyUp Airlines fleet has been reinforced with a 12th B737 aircraft. On August 16, the Ukrainian carrier took delivery of another Boeing B737-800NG leased from Avolon.

The jet from the American manufacturer, which was delivered to the lessor in 2011 and previously flew for flydubai and Comair, can take 189 passengers on board. Aircraft with UR-SQM registration features an improved interior design with LED lighting, known as Boeing Sky Interior, and a larger luggage compartment.

The travel experience will be enhanced by comfortable and more modern Geven seats, designed by famous Italian Giorgetto Giugiaro for the Boeing Sky Interior cabin. In autumn, at the airline’s initiative, a configuration of winglets is planned for the Split Scimitar, which will reduce CO2 emissions and improve fuel efficiency of another 2-3 percent.

The newest aircraft will gain the distinctive orange and white SkyUp livery later this year. B737 jet will operate international flights in Europe and, as soon as the opportunity arises, also in Ukraine.

SkyUp Airlines’ fleet thus currently consists of 12 aircrafts: two of them are Boeing 737-700NGs, which can take 149 passengers on board, while 10 are B737-800NGs, which can accommodate 189 travellers. The airline does not rule out leasing more used B737 aircraft.

In addition, the Ukrainian carrier has five B737 MAXs on order: two B737 MAX 8s and three B737 MAX 10s. The order also includes options for five more MAXs.

In the past, the airline has also used four Boeing B737-900s. The planes flew from 2019 to 2021 and were eventually retired from the fleet at the end of November 2021 due to costs. The Boeings were taken back from the lessor, which is GECAS.

Ukrainian airline SkyUp has leased in June and July, under a wet-leasing arrangement, nine of its Boeing 737s. The planes have been made available to Moldovan airline Air Moldova, Air Albania, Wizzair, Smartwings and three Turkish carriers: Corendon Airlines, Freebird Airlines and Tailwind Airlines.

In April and May, SkyUp jets carried nearly 10,000 passengers and delivered nearly 65 tons of freight. SkyUp’s management team from April is trying to find jobs for entire fleet and crews.

From time to time SkyUp airlines still operate evacuation and cargo flights with urgent goods. Airlines is taking advantage of available opportunities to help transport humanitarian goods to Ukraine. The carrier only in June delivered nearly 52 tons of cargo from Lisbon and Tel Aviv to Chisinau, Lublin and Warsaw.

Thanks to the companies with which the airline already carries out joint projects, the carrier is able to gradually resume air operations. Currently, up to 60 percent of the entire team is committed to work. Employees work part-time and full-time, depending on the job designation.