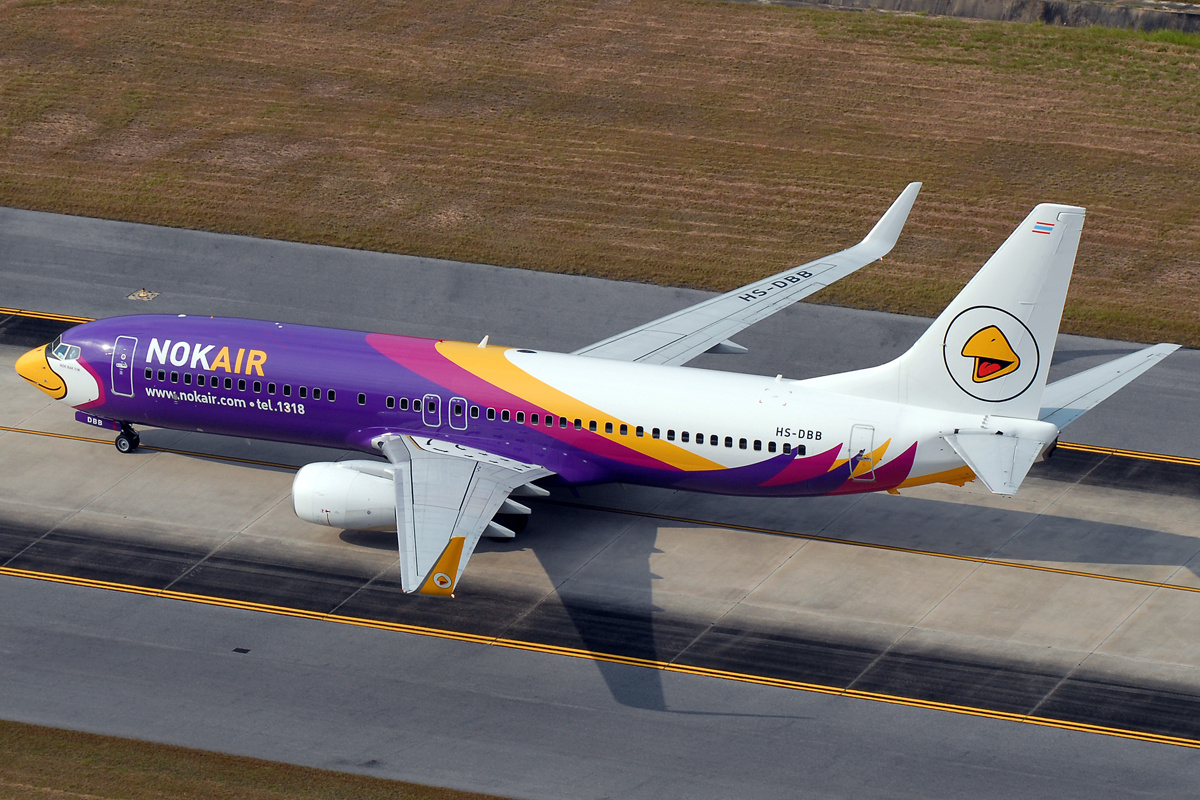 In a press release, the airline said the direct service will improve leisure and business travel between the two cities without the need to travel to Bangkok to connect with a service to Nakhon Ratchasima, located about 240 kilometres away northeast of the Thai capital.

Convenience comes at a price, with the airline offering a fare starting at THB 6,628 ($186.6) for a round trip. The flight with a Bombardier Q400 aircraft lasts approximately 1 hour and 30 minutes.

Nok Air is promoting the new route via its Facebook page without mentioning the fare promotions on its website. Reservations can be made throughout August, but at this time online reservations are not active for September. This may indicate that the route is experimental and the airline may need to rethink its September schedule.

Most comments on Facebook about the new route indicate that passengers prefer direct flights from northeast cities to beach resorts in southern Thailand such as Krabi, Phuket and Hua Hin.

Meanwhile, Nok Air remains confident that the Chiang Mai-Nakhon route will serve trade, tourism and education, as well as promote the relatively strong market for visiting friends and relatives between the two cities.

Earlier this month, Mae Fah Luang Chiang Rai International Airport reopened after a damaged Nok Air plane was pulled off the runway, the plane skidded off the runway when it landed in a rain swing. The Boeing 737-800 was carrying 164 passengers and six crew members from Don Mueang. Fortunately, no one was injured in the accident.

Nok Air CEO Wutthiphum Jurangkool told the Thansettakij news agency that the pilot “managed to land the plane without causing any casualties”. Boeing tires got stuck in mud after skidding on the runway. He said the pilots and crew members followed service protocols in calling relevant organizations for assistance and the rescue team arrived within two minutes.

The captain also shut down the engines and the fuel system to prevent fires and leaks, and also decided to keep the passengers inside the plane as it was raining heavily and there was a thunderstorm. Additionally, the area was dark without any spotlights, Wutthiphum explained.

The passengers were evacuated by trucks and ambulances about an hour later. The CEO said after the plane’s battery ran out, some passengers may have felt hot and could not breathe during the evacuation process. Once the rain subsided and turned into drizzle, some passengers decided to wait outside the plane while others were taken to the airport terminal by Thai Airways’ buses, Wutthiphum said.

He explained that passengers were prevented from walking to the building as they risked being struck by lightning. The pilot and crew communicated with the passengers in Thai and English to keep them from panicking. He admitted that passengers were not given enough food and water after being evacuated to the terminal due to the closure of shops. He said Nok Air had booked 87 rooms in three hotels for passengers, while some of those who returned home were compensated.

Regarding passenger luggage, he said it was a Board of Inquiry that ordered the airline not to take the luggage into the terminal as it wanted to investigate first.

According to Thansettakij, several organizations – such as the Airport Department, Chiang Rai Airport, Thai Airways, PTT, Nok Air, the Army and the Air Force – helped to pull the plane back onto the runway.

A recovery team for Thai Airways provided primary assistance as the company authorized engineers, so Nok Air had to rely on the team to recover the aircraft before filing an insurance claim. National aviation analysts are still eagerly awaiting the official air disaster investigation report.