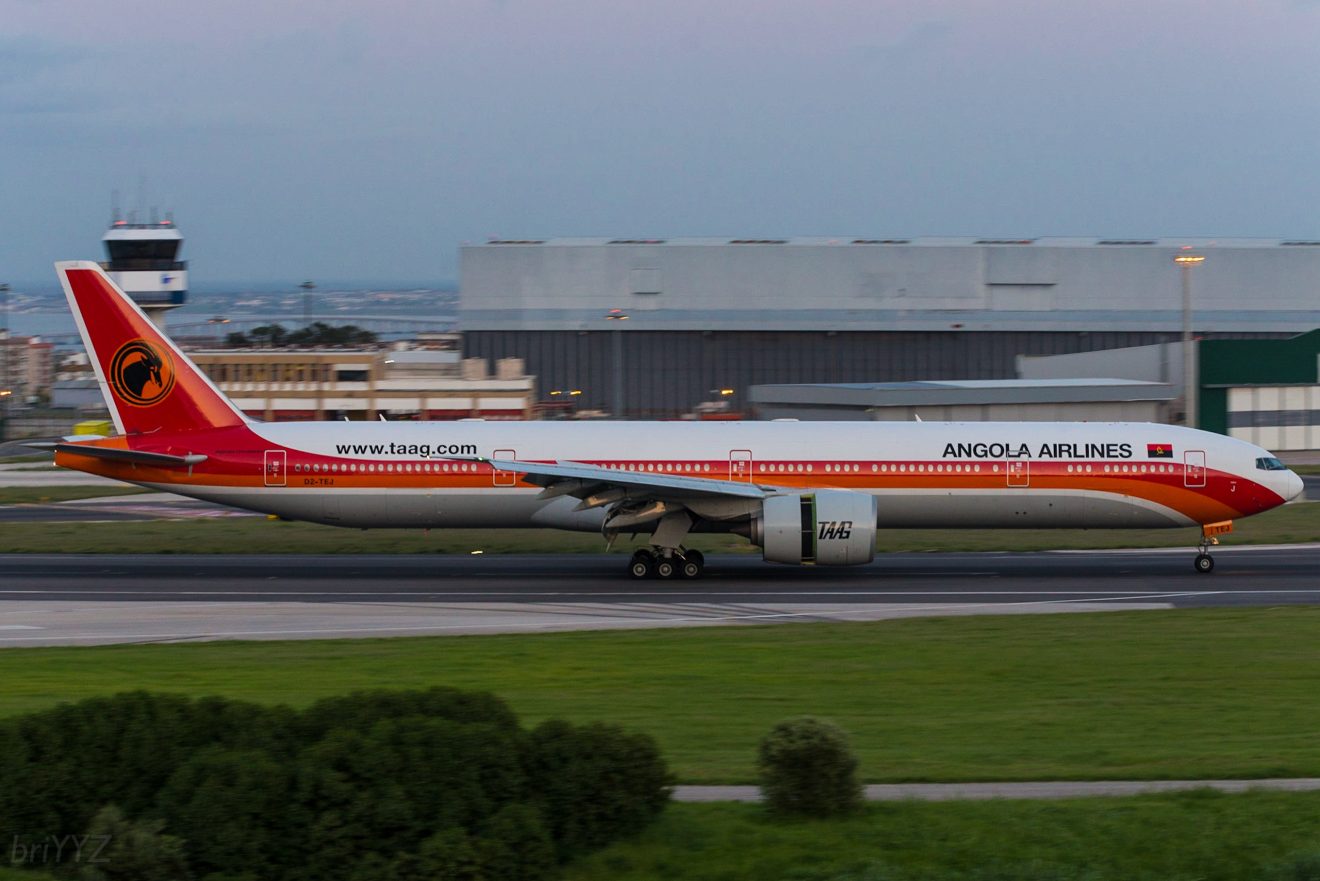 LONDON – TAAG the Angolan Flag carrier, has announced that it has plans of increasing its capacity to the European market, by introducing a new route between Luanda and Madrid.

Services are due to launch on July 27, departing from Quatro de Feveiro Airport (LAD) to Adolfo Suarez Madrid-Barajas Airport (MAD). The route will be operated by the carrier’s flagship Boeing 777-300ER aircraft.

The agreement allows TAAG passengers from Luanda to seamlessly connect through Madrid with Iberia’s extensive network of more than 100 destinations in 43 countries in Europe and North America. This also benefits Iberia’s passengers, as it opens up domestic destinations in Angola, and others across southern Africa.

Spanish news agency EFE says that. Luis Jose, head of TAAG communications confirmed the alliance:  “TAAG and Iberia signed a strategic alliance in Madrid based on a codeshare, an interline agreement that will strengthen the connection between Africa and Europe with the Luanda-Madrid route and Luanda as the main hub.”

The introduction of the Madrid flight takes TAAG’s international routes to 10 services, with the airline flying to Sao Paolo, Lisbon, and irregularly to Havana. This makes Madrid the 3rd officially scheduled flight outside of Africa.

Angola’s close, historical and cultural ties with Portugal sees the airline flying between Luanda and Lisbon twice daily using a mixture of 777-200ER and 777-300ERs on the route.

Previously Iberia operated a service between Madrid and Luanda from 2011 to 2016 but later ceased operations due to low passenger load factors. The recommencing of this route is connected by Spanish Prime Minister, Pedro Sanchez in 2021 with the signing of bilateral air transport agreements between Angola and Spain.

TAAG also flies to Havana, Cuba, but not regularly, using the 777-300ER. One would never know why this flight is being operated, as these two countries share few economic activities and cultural ties. Nevertheless, Cuba and Angola have had historical ties. Cuba, being predominantly a socialist country, sent troops in support of the pro-communist People’s Movement for the Liberation of Angola (MPLA) against the pro-western National Union for the Total Independence of Angola (UNITA) and National Liberation Front of Angola (FNLA). The war gave a sense of connection between the two nations, but one would consider the economic justification of operating flights between Angola and Cuba.