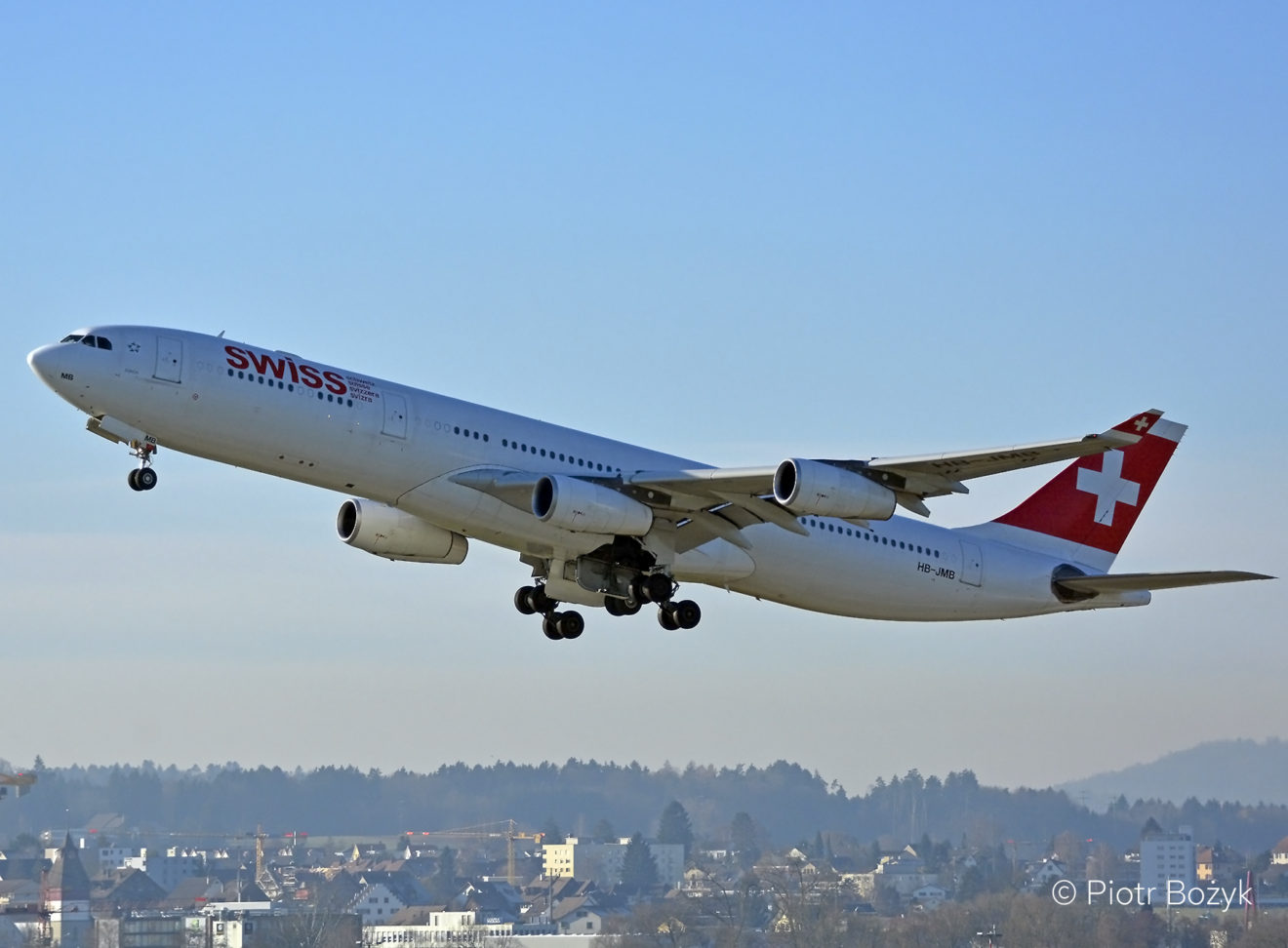 LONDON – After downsizing in the pandemic, the Swiss holiday carrier is expanding its long-haul fleet again. Edelweiss takes delivery of another Airbus A340 from its sister airline SWISS.

During the pandemic Edelweiss’ network and fleet downsized heavily. The holiday carrier reduced its long-haul fleet from six to four aircraft. Its two Airbus A330s were taken out of service and now they are flying for Eurowings Discover.

Now Edelweiss is shifting back on a good track and expanding its long-haul fleet. The Lufthansa Group subsidiary is expanding its long-haul fleet with another fifth Airbus A340-300, which, like the previous four, comes from its sister airline SWISS. It is a 19-year-old aircraft with the registration HB-JMC (MSN 546) and named Basel. The aircraft is to be deployed from July 2023.

“I am delighted that we will be able to expand our long-haul fleet again from summer 2023. The additional Airbus A340s will enable us to meet the increasing demand for flights to our long-haul holiday destinations” – said Bernd Bauer, CEO of Edelweiss.

Planning work is currently underway for the upcoming modifications to the aircraft’s cabin. The aircraft will be operated in the familiar Edelweiss livery. Edelweiss’ long-haul fleet will consist of five Airbus A340s from July 2023.

Edelweiss now operates a unit fleet of Airbus A340-300s on long-haul routes, which the holiday carrier hopes will provide additional advantages over its previous situation with A340s and A330s. Chief Bauer had once described the four-jet as ideal for his airline. He said it was a perfect size, had a long range and was “almost as economical as modern aircraft”.

Carrier will thus own more Airbus A340s from 2023 than Swiss, which will then still have four aircraft in its fleet. Two years ago, they were still undergoing extensive refurbishment. The four-jet aircraft were given new seats in Economy, Business and First Class, new galleys, Internet on board and a generally modernised cabin with new lighting.

In the pandemic, SWISS had decided to reduce its long-haul fleet by five Airbus jets. The A340s are to be replaced after 2025 anyway, followed later by the A330s. SWISS currently operates a fleet of 87 aircraft, including 30 wide-body aircraft: 14 Airbus A330-300s, four A340-300s and 12 B777-300ERs. Regarding LH Group orders Airbus A350s and Boeing 787s are under discussion as replacements for SWISS.

Nevertheless, the A340 will be replaced at SWISS in order to be able to maintain the same capacity. “The A340 transferring to Edelweiss will be replaced 1:1 at our company by an A330 currently in storage,” a Swiss spokeswoman said to the German portal aeroTelegraph. The planned development will therefore not be affected by the transfer. The A330s have a somewhat older cabin product.

Edelweiss is Switzerland’s leading leisure travel airline and flies to the most beautiful destinations in the world. Edelweiss is a sister company of Swiss International Air Lines (SWISS) and a member of the Lufthansa Group. The Carriers fleet consists now of 16 Airbus aircraft, with 12 A320 and four A340-300.