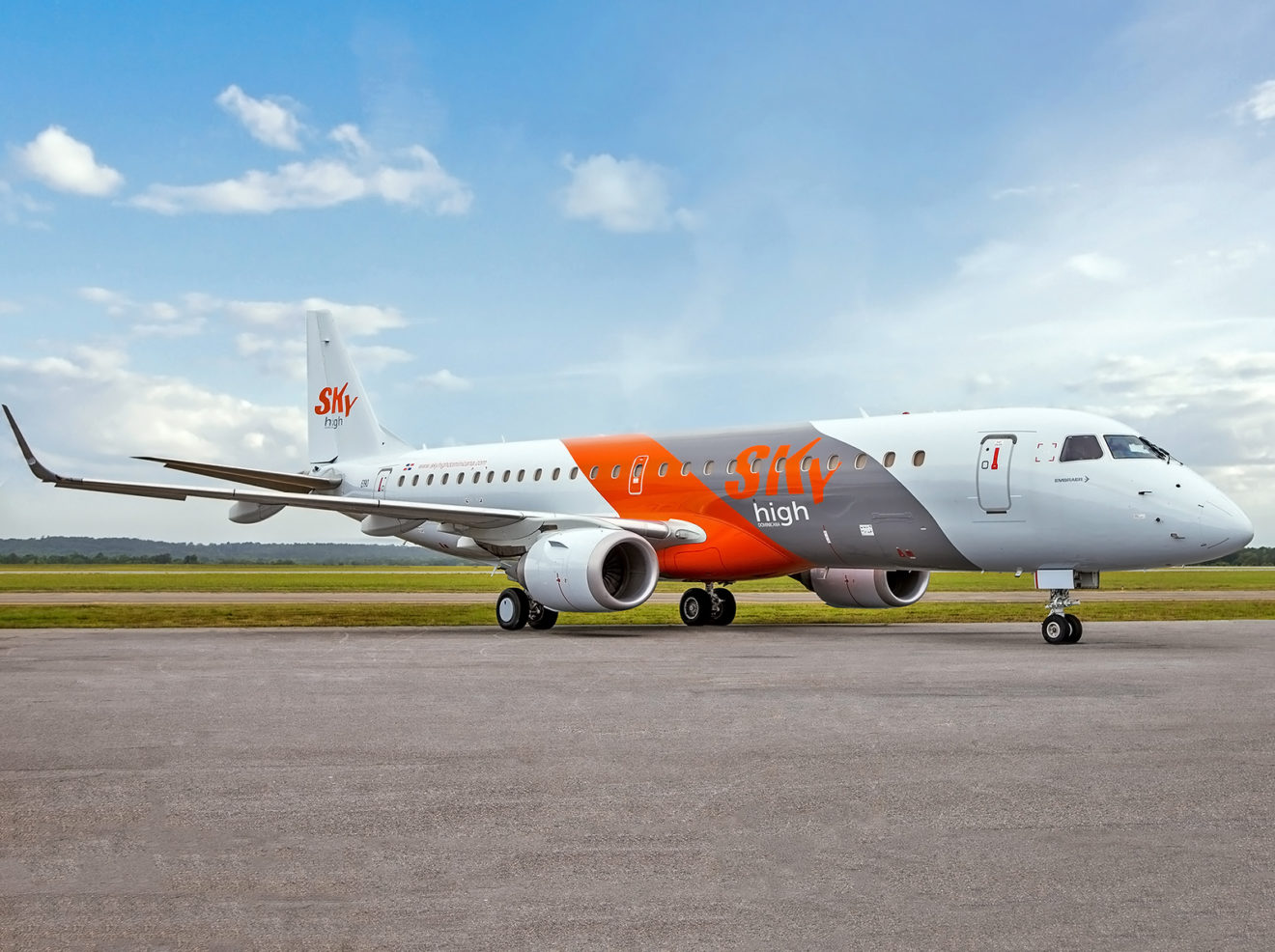 LONDON – Sky High Aviation, an airline based in the Dominican Republic, has taken delivery of its first Embraer E190 passenger jet.

Sky High becomes the only E-Jet operator based in the Caribbean. The first of two E190s, leased from TrueNoord, arrived last week at Las Americas José Francisco Peña Gómez airport. Before delivery transition works were completed at Embraer’s MRO facility in Macon, Georgia, USA. The second E190 is to be delivered to Sky High in the end of this month.

It’s a huge differentiator for us to be the only operator in the region with E-Jet capability. It’s also a great way to celebrate our first 10 years of operations. The addition of the larger, modern and capable E190 is the next step in our development and our offering. The E190 is the perfect aircraft to help manage demand in peak times. It will also help us as well as to open and maintain the international routes. This is essential for our continued development as a leading Caribbean operator.

The addition of the E190s will bring a new level of comfort for passengers. Sky High will also open new international routes from the region. Airline currently operates a fleet of two Embraer ERJ 145s flying to 10 island destinations in the Caribbean.

The E190s will serve Sky High’s existing destinations as well as opening new international routes in the region. E-Jet have been configured in a comfortable dual-class layout with 98 seats – 10 seats in business and 88 in economy class.

As a dedicated specialist in regional aircraft leasing, we recognise the importance of improving connectivity across the Caribbean to the US and beyond. We commend Embraer for their approach to working with smaller operators and for providing excellent start-up support to Sky High as they have matured as an airline.

said Garry Topp, Sales Director at TrueNoord for the Americas.

Sky High Aviation Services is an airline based in the Dominican Republic and operates scheduled flights in the Caribbean. The current fleet consist of four Embraers: three ERJ145 (1 parked) and one E190.