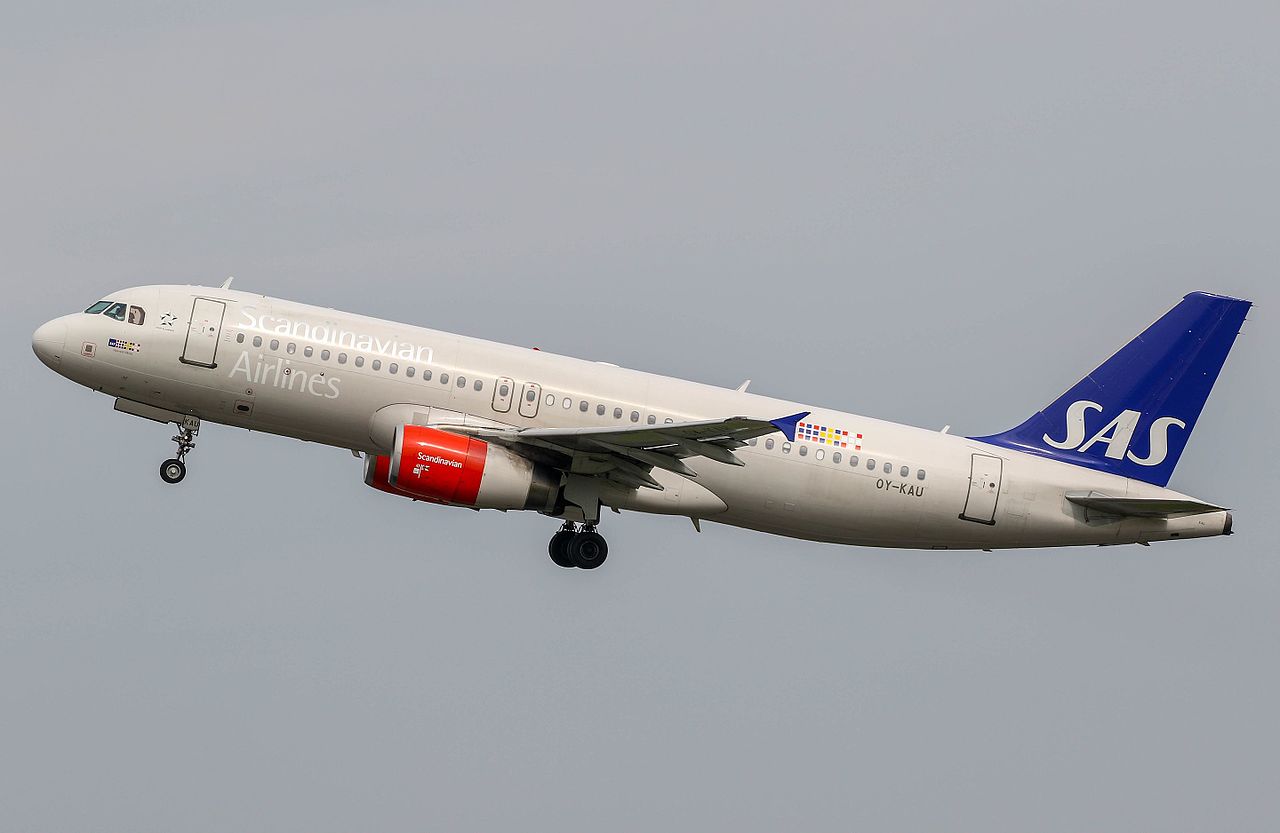 LONDON – Sooner or later, they will all try to gain a competitive advantage against low-cost proliferation.

The latest announcement comes from SAS Scandinavian Airlines that plans to launch two new brands, SAS Connect and SAS Link, in the first quarter of 2022.

SAS Connect will be based on the existing Air Operator’s Certificate of SAS Scandinavian Airlines Ireland, while SAS Link will be a feeder regional carrier. According to Cirium’s fleet data, SAS’ Irish subsidiary currently operates eight A320-200neos.

In turn, the Scandinavian airline has signed an LOI (Letter of Intent) for an undisclosed number of Embraer E195 aircraft which should flow into the new regional segment.

“Cost reductions across all of SAS remain in focus to optimize our competitive capability,” said SAS’ President and CEO Anko van der Werff.

“Market dynamics have changed substantially during the pandemic and affect the entire airline industry. This requires SAS to take the next steps in the development of our operating model to ensure SAS is cost-efficient and competitive. We are starting the operation of SAS Connect out of Copenhagen in early 2022 and are evaluating possibilities to expand SAS Connect and to open bases in Stockholm and Oslo during the year” (SAS, 2021).

Traditional airlines are suffering the lowering of entry barriers in certain markets due to an irrepressible expansion of low-cost carriers. A few large firms can still enjoy economies of scale and thereby operate at a lower cost.

Therefore, the oligopolistic trend of the aviation industry has not changed. However, the match between supply and demand remains a precondition to succeed. Nowadays, a mega-group entirely based on an FSC model would be on the verge of extinction in any case.

This is due to the fact that the aviation market is apparently tightening to two large groups of customers: price switchers (price-sensitive people) and fence-sitters (indifferent between two or more brands).

Passively loyal (who buy out of habit rather than reason) are latent, as are people strongly committed to a brand (Aaker, 1996). The introduction of buy on board on Lufthansa flights is a prime example of how to lose loyal customers.

A sea change of an on-board service in the direction of cost-cutting which, however, does not coincide with an (at least perceived) reduction in ticket prices leads customers to try other experiences.

Differentiation is the silver lining, but how can it be achieved? According to Porter (2004), there are two ways: a company can become more unique in its value activities (1), or it can reconfigure its value chain (2).

It is undeniable that SAS sees an economic advantage in differentiating itself. The aviation market has reached such high levels of competition that reaching break-even has become even more challenging for traditional carriers.

Excluding the category of boutique operators, which target a specific passenger segment, an FSC must be able to keep its costs close to competitors’, otherwise, the premium price could grow to unsustainable levels.

This scenario effectively excludes the possibility for a traditional carrier to make a profit by focusing solely on the FSC model.

Indeed, doubts arise about the survival of airlines that insist on pursuing a premium model and claim themselves as pure FSC (e.g., ITA Airways) in a landscape now dominated by price switchers and fence-sitters.

The change of name of SAS Ireland helps to avoid confusion, however, it will be difficult for customers to perceive the distinction between SAS Connect and Link. It will be up to SAS to propose adequate signals criteria (advertising, price, the appearance of the product, etc.) and influence the buyer’s perception.

Keeping the SAS name is a good decision. The Stockholm-based airline has certainly learned a marketing lesson from Air France’s subsidiary Joon (2017-2019), “the company of millennials” (who are not a market segment).

Instead of refreshing its core values, Air France decided to create a whole new brand. One of the pitfalls in differentiation is the unnecessary differentiation (Porter, 2004) which leads to a disjunction of the activities of a firm with the buyer purchase criteria.

It is also likely that all future recruitments will occur through the new SAS subsidiaries.

Problems with the Unions…

This prospect has already created a tense atmosphere among employees, resulting in the involvement of the trade unions.

As Danish travel site Final Call Travel notes, “the unions believe that this is primarily done to avoid taking back the many employees who chose to go on leave during the Corona crisis and not least to push wages and employment conditions in a negative direction for the employees” (Leff, 2021).

The same situation has played out over the last few weeks in London Gatwick where British Airways decided to establish its new short-haul subsidiary BA Euroflyer.

According to the British Airline Pilots’ Association (BALPA), the carrier initially refused to provide the same contractual clauses to employees of the subsidiary as in the parent company.

Nevertheless, in November, the airline and the union reached a compromise on new employment contracts, giving the green light to BA Euroflyer, now expecting to start operations in March 2022.

One last problem of airlines-within-an-airline is the Star Alliance of which SAS has been a member since 1997.

The joint venture is a horizontal integration of FSCs.

But the emergence of budget airlines forced FSCs to launch their own low-cost subsidiaries which do not offer Star Alliance services: Lufthansa with Eurowings, Singapore Airlines with Scoot, Asiana with Air Seoul, Thai with Thai Smile, and now SAS with Connect.

In an interview with Bloomberg (Lyu & Kotoky, 2018), Star Alliance’s CEO Jeffrey Goh envisaged the possibility of including low-cost units in the joint venture, recognizing their role in having captured a significant portion of global air traffic.

However, it should be noted that the joint venture was created to increase the competitive position and performance of the airlines by sharing resources.

From this perspective, a change in business model raises serious concerns about the opportunity to share resources, even if the shift towards an LCC model will affect all FSCs, sooner or later.