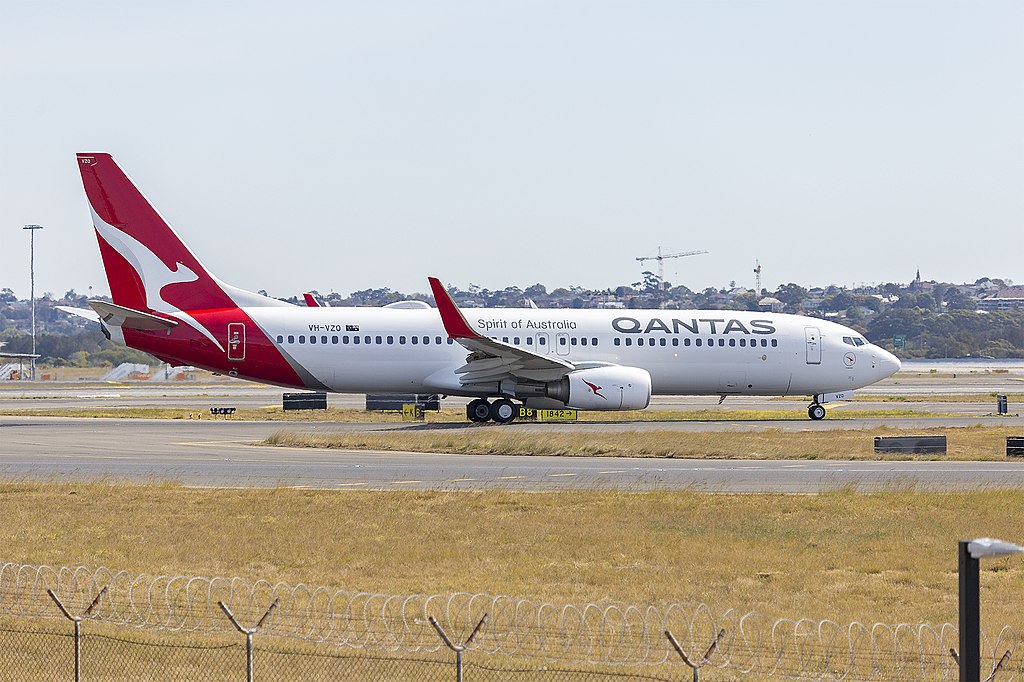 LONDON – In a series of unfortunate events Qantas Airlines has recorded 3 incidents in 3 days with its Boeing 737 aircraft, including lightning strikes and engine fires.

On August 9 the airline was operating a flight between Perth and Port Hedland (PHE) when during the descent the 737 was struck by lightning.

The Boeing 737-800 registered as VH-XZM was operating Qantas flight QF1206 from Perth to Port Hedland, with a scheduled departure time for Perth Airport at 06:55 and an arrival time of 08:35 into Port Hedland (PHE), a flight approximately 1,300 kilometres to the north.

The eight-year-old plane was struck at around 19,000ft, however, Instead of continuing into Port Hedland, the plane turned towards Karratha (KTA) about 190 kilometres away and landed safely about 20 minutes later.

A Qantas spokesperson said: “Aircraft are designed to transport and fly safely when struck by lightning, but policy dictates that they are inspected at their port of arrival after a lightning strike. At no time was the safety of the flight compromised.”

It is believed that the decision to divert was taken due to the lack of services at Port Hedland, with Karratha airport offering better ATC, fire and Rescue and engineering support services.

However, local analysts determined that the decision to divert was likely due to a lack of supporting infrastructure at PHE. Karratha has an air traffic control tower with staff and fire departments, unlike Port Hedland Airport. Karratha Airport also has engineering support; which Port Hedland does not provide.

A Qantas spokesperson claims that “it had to be diverted for an engineering check”. Twenty-four hours after the accident, the Boeing 737-800 was still on the ground in Karratha. The passengers were re-boarded a flight from Karratha to Port Hedland later on that Tuesday morning.

The day before, another Qantas Boeing 737-800 was involved in an inflight incident. The 737 VH-XZH was climbing from Queenstown Airport (ZQN) on the afternoon of Monday, August 8 operating flight QF186 to Brisbane (BNE).

During the climb out, it was reported that the pilots had to shut down the left engine for “unspecified” reasons.

Instead of returning to Queenstown, the plane diverted to Christchurch, where it remained approximately 48 hours later.

Both incidents were overshadowed the day before by a Qantas 737-800 (registration VH-VZJ) issued a massive alert at Sydney Airport (SYD) on Sunday morning August 7. Seventy-six passengers on the QF91 bound for Noumea (NOU) were buckled up when a car lagging behind the plane at the airport noticed flames coming from the right engine.

In a Recording Released between the Air Traffic Control and the Pilots it says:

ATC: “Qantas 91, just be aware that the car behind you indicates some kind of flame is coming from the right engine.”

After this, the Sydney Airport Fire Services escorted the aircraft to the arrivals hall, where the plane was looked at and all the passengers disembarked safely.

Qantas later released a statement saying the pilots followed procedure and quickly shut down the engine. It is believed that in both Qantas 737-800s involved with engine incidents are powered by CFMI engines.

In a statement, Qantas said: “There was no warning light in the cockpit and there was no indication of a fire when the engine was switched off,”

“Engineers inspected the aircraft and cleared it for return to service.”

Later that day, VH-VZJ flew QF647 to Perth and has since completed several uneventful flights, with no further incidents recorded.