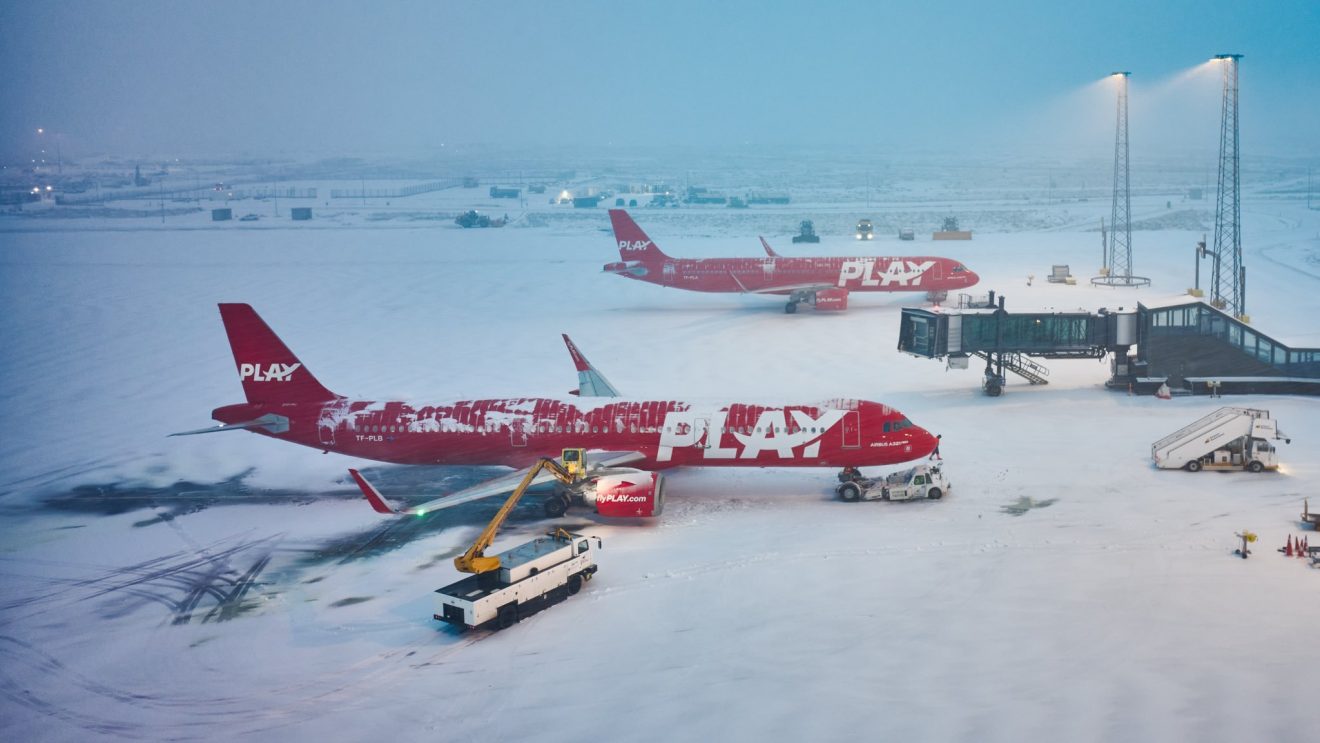 LONDON – On May 5, Icelandic low-cost carrier PLAY inaugurated its new service between Reykjavik and Prague.

OG53 departed Reykjavik at 1504 local time, before arriving in Prague at 2027 local time.

Upon arrival, the aircraft was greeted with a water cannon salute, followed by a short photo opportunity for the press.

PLAY Delighted to be in Prague…

In the very short press release, PLAY commented on the inaugural route:

“We had our inaugural flight from Keflavík International airport to Prague airport yesterday evening. We got such a warm welcome from Prague airport that we are still smiling.”

“The staff off Prague airport took these great pictures of our aircraft getting a water salute and also of our fantastic crew.”

PLAY has had quite a busy couple of weeks, especially on the expansion front as it gears up for what will be a busy Summer 2022 schedule.

Back in April, the airline inaugurated its first service into the USA of Baltimore, with Boston and New York Stewart to follow in due course.

As well as this, the airline has announced plans to serve Liverpool in the UK, which will create a brand new transatlantic link for the Merseyside-based airport.

By September 2022, services to Orlando will launch as well, which will carry the airline well into the Winter season.

The airline has had a fantastic start to operations so far.

Back in January, it was reported that the airline handled 100,000 passengers in the first six months of operation, which is a considerable feat given the high level of competition in Scandinavia.

Utilizing its fleet of Airbus A320neo and A321neo aircraft, PLAY has enabled itself to grow at a pace of its choosing, to which more aircraft will be delivered over the coming months and years.

In the wake of Keflavik Airport rebounding impressively, this will only stand to benefit PLAY, especially as it wants to get more people on holiday.

Current Fleet As It Stands…

According to data from Planespotters.net, PLAY currently has a fleet of five aircraft.

This consists of three Airbus A321neos and two A320neo aircraft, which are all on a lease, thus keeping the operating costs down for PLAY.

No other aircraft are marked as future, but this will probably change as the airline continues to add routes to its vast network portfolio.

What remains clear is that PLAY is making significant gains in the market, and as explained in one of The Editor’s Corner articles, they have the potential to make a significant mark in the transatlantic and European markets alike.