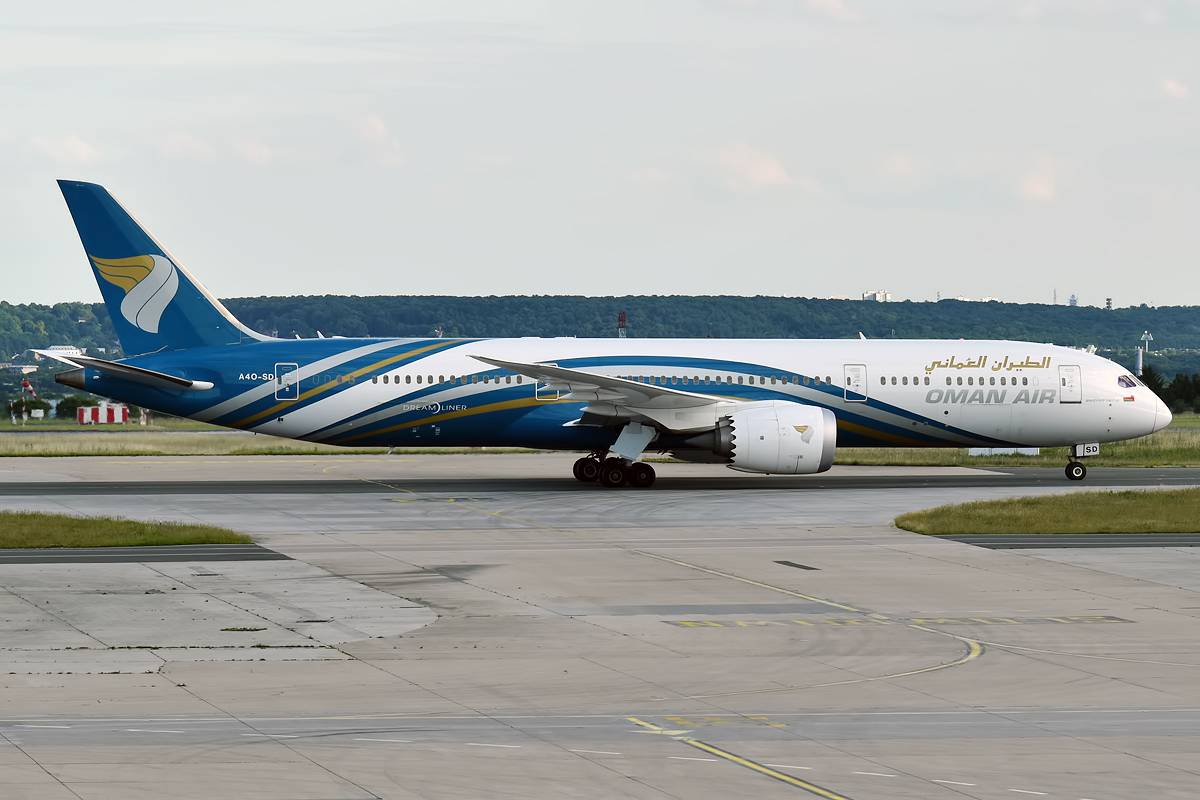 Significantly, Qatar Airways CEO, Akbar Al Baker is the current chairman of the governing board at the alliance.

Reuters reports that Oman Air wrote in a statement, “as the industry recovers from COVID, airline alliances are going to be more important than ever.

This will provide us with excellent global connectivity, a seamless travel experience, and more valuable loyalty offerings for our guests (Reuters, 2021).”

What relationship does Oman Air and Qatar Airways have?

Firstly, whilst there is a high level of competition between the Middle East carriers, they have close-knit ties through the Arab Air Carrier’s Organization (AACO), which was established in 1965, within the framework of the Arab League of States and is the Regional Association of the Arab Airlines who have their home base in the country members of the Arab League (AACO, 2021).

Headquartered in Lebanon, AACO translates its vision and mission through four different pillars which are: joint work, external representation, awareness, and networking.

Not only does AACO facilitate cooperation amongst its airline members, it also enables collaboration with regional and international organizations, governments, non-governmental bodies, airlines, manufacturers, a service provider on matters such as industry, regulatory, legal, and operation issues.

Oman and Qatar did not have national flagship airlines until the formation of Oman Air in 1993 and Qatar Airways in 1995. Both airlines joined AACO in 1997.

Up until this point, both nations were party to the Foundation Treaty signed on the 1st January 1974, which gave 4 member states a 25% shareholding in Gulf Air.

The Sultanate of Oman and State of Qatar was also joined by the Kingdom of Bahrain and Emirate of Abu Dhabi.

Since 2000, (Oman Air, 2020) Oman Air and Qatar Airways have enjoyed a close partnership and strategic cooperation. Oman, an often-diplomatic state for the region, remained impartial during the Qatar diplomatic crisis that ran from 2017 to 2021.

The airlines relied upon strong links between the two countries during this period and Qatar benefitted from the overflight rights through the Sultanate, reducing often lengthy detours on flights to Africa.

During the pandemic, the relationship between the two airlines has been strengthened. In December 2020, an announcement was made by the airlines, resulting in an expansion of the code-share agreement, significantly increasing the number of destinations served.

A further announcement, more recently in May 2021, was added to the earlier code-share developments. Further addition of 16 routes to the agreement results in more than 80 destinations now being available to customers of Oman Air on the Qatar Airways network.

This is a significant portion of the Qatar Airways network, with current network activity standing at around 140 destinations.

Oman Air Chief Executive Officer, Abdulaziz Al Raisi, has held the position at the airline since 2017.

On announcing the news of the expansion of the code-share agreements with Qatar Airways, he said, “expanding partnership with Qatar Airways underscores the commitment of both airlines to provide their guests with more flights, more choice of destinations, and greater flexibility throughout their travels with us.”

“For Oman Air and many airlines around the world, the key to post-pandemic recovery lies in strategic collaborations with industry partners and in identifying innovative route expansion opportunities as we navigate a constantly changing environment.”

“Our longstanding cooperation with Qatar Airways—an airline that shares our commitment to product and service excellence—reflects a highly valued relationship and we look forward to growing our networks together.”

“We are delighted to further expand our partnership with Oman Air, so recently after announcing our plans in December 2020 to further strengthen strategic cooperation between our two leading Gulf airlines.”

“Despite the challenges of the pandemic, we have remained committed to forging and expanding our global network of partners to provide more seamless and flexible travel options for our millions of passengers.”

“Having first established commercial cooperation with Oman Air over 20 years ago, we look forward to continuing to build upon our strong and historic partnership and offering our customers in Oman and across the globe even more benefits.”

The principle of alliance membership is to offer benefits to consumers. Out of the alliances, perhaps oneworld demonstrates this as the greatest.

Not only does it provide the collective power of its member’s networks, ensuring a smooth trip as possible, but it also provides significant benefits such as reciprocity to frequent flyers and the benefits of each carrier’s lounges.

Oman Air is a relatively small airline, often cited as a boutique airline, for the network that it flies and the service it provides.

The airline principally does not have the means to expand to a scale-like Qatar Airways or Emirates and is best suited to what it does best.

The primary function of the airline is to facilitate inbound tourism to Oman and as a secondary function, to provide a transit point for travel between the network stations. The airline has a high level of activity facilitating travel between points in the Gulf region and connectivity to India.

The oneworld alliance would therefore open up a far greater level of connectivity to the airline and the means for inbound traffic to the Sultanate. It already has code-share agreements with Malaysian Airlines and Sri Lankan Airlines alongside Qatar Airways.

Membership would open up all network destinations of these airlines.

Out of the 11 remaining airlines, an analysis of the hubs and routes would suggest key partners would likely be American Airlines, British Airways, and S7 Airlines.

American Airlines could also provide connectivity at Frankfurt and potentially Milan, Munich, Paris, and Zurich, with the key consideration being the connection time as the majority of these flights depart for Muscat in the evening.

The advantage of trans-Atlantic traffic is the demand it provides for flights into the Gulf region and Indian subcontinent, with large numbers of diasporas traveling to India, Pakistan, and Iran for example.

This would complement the connections that are provided by Qatar Airways’ long-haul flights to North America. In addition, S7 Airlines hubs in Moscow Domodedovo, where Oman Air also serves, opening up European and more importantly, Russian domestic connectivity.

Other connection opportunities may present themselves with membership. Oman Air could potentially look into slot availability at Hong Kong and Tokyo with relationships with the home carriers of Cathay Pacific and Japan Airlines.

This would allow Oman Air to provide connectivity onto the Japanese domestic market and with Cathay Pacific into mainland China, Australia, and New Zealand markets through Hong Kong. As an aside, Qatar Airways holds investments in both British Airways (IAG) and Cathay Pacific.

What does Oman Air offer oneworld and can Oman Air join the alliance with Qatar Airways so close?

There are three major airline alliances, oneworld, Star Alliance, and SkyTeam. Of carriers in the AACO, Qatar Airways and Royal Jordanian are in oneworld, Egyptair is in Star Alliance, and Middle East Airlines and Saudia are in SkyTeam. The region is therefore well catered for alliance flying.

There is just 702 km between Doha and Muscat. That may appear close and therefore a challenge for the networks to be beneficial to an alliance being so close.

However, in Europe, alliance members are often very close to one another, with overlaps in the networks they serve. Air France and KLM, whilst one airline pair, both provide network connectivity to SkyTeam, with a distance of 399 km between their hubs at Paris and Amsterdam.

Alitalia and Air Europa in SkyTeam are a 1,334 km journey between Rome and Madrid. Overlaps have therefore been demonstrated to be possible.

Oman Air would provide significant frequency opportunities from Muscat into the Gulf region and India, where it has up to three flights a day to some destinations.

In addition to this, access to its Sindbad frequent flyer base and premium lounges in Muscat and Bangkok would be substantial additions to the passenger experience, alongside the award-winning economy, business, and first-class onboard products.

At this stage, it is unclear whether Oman Air will join oneworld, although it has outlined the aspirations it holds.

Reuters also reported that a oneworld spokesman said that “the alliance was at any time in talks with prospective members, but that it did not comment on specific airlines.

As airlines recover from COVID-19, alliances will become more important by providing global connectivity, as airlines reshape their networks, many with reduced fleets when compared to their pre-COVID size (Reuters, 2021).

In terms of benefits, it is clear what the opportunity holds for Oman Air, despite the proximity to Qatar Airways and the benefits that it would also offer to the alliance.

This is the first announcement of an airline wishing to join an alliance since the pandemic took hold, so it will remain to be seen whether other airlines follow suit with this strategy going forwards.

Pre-pandemic, Oman Air was not focused on alliance membership, but on strategic arrangements with individual airlines, giving it the opportunity and flexibility to focus on individual markets that it wished to target or connect with.

British Airways CEO Sean Doyle: The Pandemic Has Been Brutal
Analysis: The Atlantic is Back for Virgin
Comment