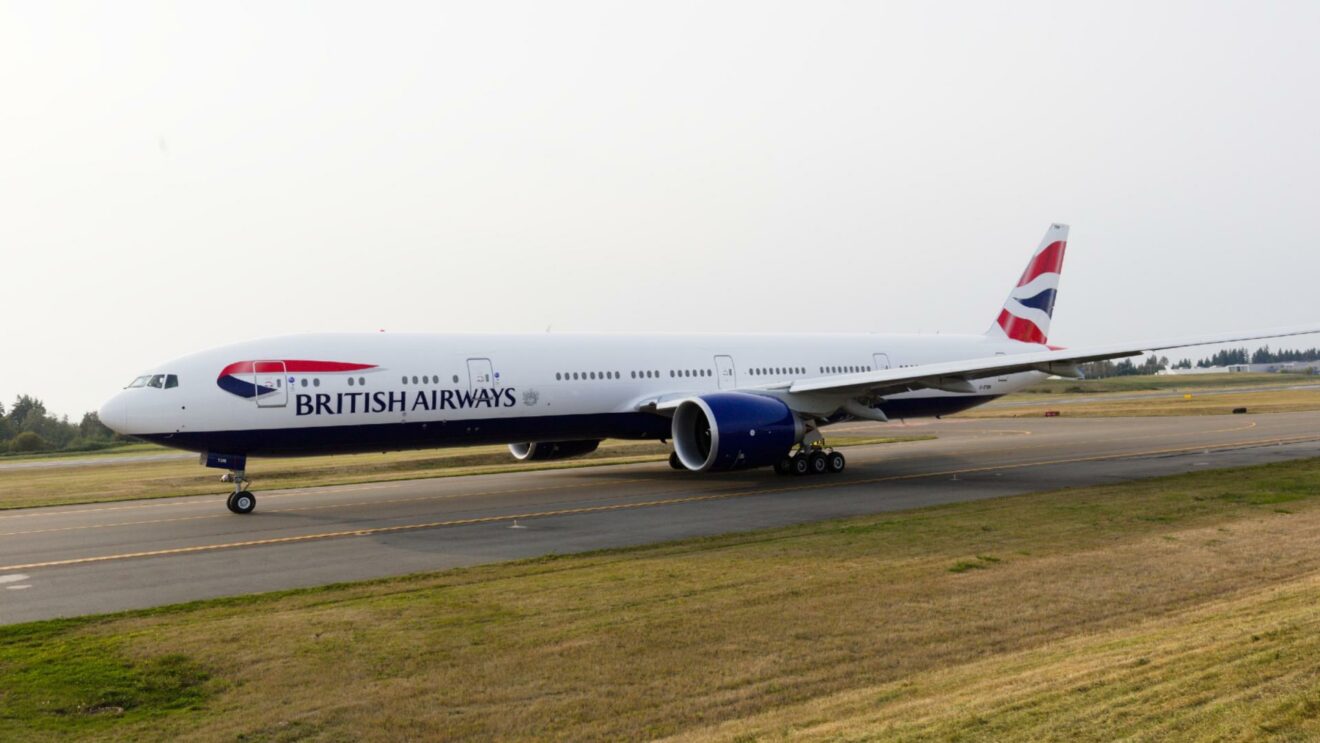 LONDON – Novus Aviation Capital (Novus Aviation) has announced the sale of a Boeing 777-300ER on lease to British Airways (BA), to investors. The acquisition is to be managed by ORIX Aviation (ORIX Aviation Systems Ltd)

Chief Commercial Officer (CCO) at Novus Aviation, Mamoun Kuzbari, says:- “Novus is delighted to have completed this transaction with ORIX Aviation and extend our long-standing relationship with ORIX.”

Kuzbari added:- “We are seeing the trading market return following the ease of travel restrictions as the aviation market continues to prove its long-term resilience and promise for investors looking to diversify their assets.”

“The appetite for widebody aircraft is returning especially for long-term leases with strong credits. The 777-300ER remains a strong asset given its longevity with multiple cargo conversion programmes in the market.”

Also commenting on the transaction is ORIX Aviation Chief Executive Officer (CEO), James Meyler, who said:- “We are delighted to successfully manage the acquisition of this aircraft, yet another example of ORIX delivering for its investors. This transaction also deepens our relationships with long-standing customers of ORIX Aviation, Novus and British Airways, where the aircraft will remain on the lease.”

Though the aircraft itself has been sold, it will still remain operative and at lease with British Airways (BA). The 777-300ER fleet makes up just 16 of British Airways’ currently 248 operative airframes (September 2022).

As we read in the statement from the CCO of Novus, Mamoun Kuzbari, the Boeing 777-300ER is a very strong workhorse due to the type’s “longevity with multiple cargo conversion programmes in the market”

During the Covid-19 pandemic, we got very strong proof of that. Whilst airlines suffered reduced demand and a major decrease in capacity, multiple airlines decided to use passenger aircraft and temporarily convert them to freighters, ending in a so-called “Preighter”. These types of flights were used to deliver and freight for example a lot of Covid-19 tests, masks and others.

However, this temporary fix to a very big problem was put to an end by the European Air Safety Agency (EASA), 5 months ago.

With over 170 airline partners from over 70 countries, Novus Aviation Capital (Novus Aviation) is an independent platform established in 1994 with a successful reputation and track record in providing innovative and creative solutions in the trading, leasing, financing, management and re-marketing of commercial jet aircraft.

Novus Aviation operates globally out of six offices in Europe, Asia and the Middle East. Their global presence and continued success are dependent on the excellent client relations that have been established with investors, lenders, airlines and other stakeholders over the years. – Novus Aviation Capital, 2022

Some airline partners at Novus Aviation are the following:

Novus Aviation currently have these aircraft in their Aircraft Portfolio

Headquartered in Dublin, Ireland, ORIX Aviation is a global aircraft lessor, owner and asset manager with a wide aircraft portfolio as well as it owns 30% of Top Three Lessor, Avolon.

ORIX Aviation is a long-term market participant and has been in operation for over 30 years, with over 50 airline customers in over 30 countries, which also owns 207 aircraft.

Together with its Dublin Headquarters, ORIX Aviation also have offices in Dubai, UAE, and Tokyo, Japan. All with a team of over 100 aviation professionals. – ORIX Aviation, 2022

Just to name a few.

The transaction of the British Airways-leased 777-300ER looks like a win-win situation for both companies. As well as strengthening the relationship between the two lessors, the deal is also a step forward for ORIX and Novus, in further developing and strengthening relationships between their customers.