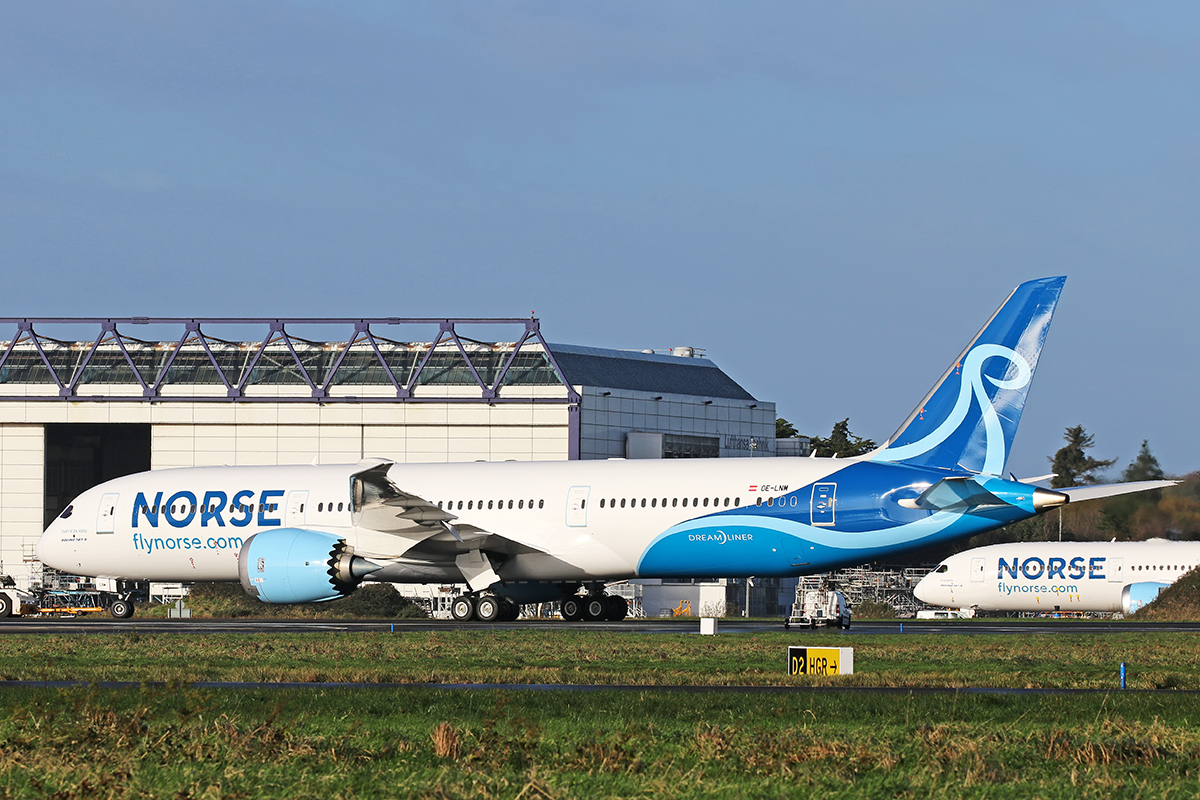 Norse’s first Dreamliner is a 787-9 leased from BOC Aviation.

The airline plans to fly twelve Boeing 787-9s and three 787-8s named after national parks. The deliveries will continue until April and all aircraft will be initially parked at Oslo Airport (OSL).

The air carrier had applied for an air operator’s certificate (AOC) in Norway, and that it planned to apply for an additional AOC in the United Kingdom.

In September 2021, Norse submitted its application to the United States Department of Transportation for an exemption and foreign air carrier permit.

As the paper says, “Norse plans to start transatlantic operations in summer 2022 between Oslo” and selected destinations in the United States (DOT, 2021).

The only overseas destination from Ontario is Taipei–Taoyuan (TPE) operated by China Airlines.

In New York, the airline will fly to Stewart International Airport (SWF), in Orange County, approximately 60 miles north of Manhattan. The airport is operated by low-cost carriers:

The last destination is Florida’s third-largest airport Fort Lauderdale (FLL), which has twenty-four passenger airlines, none of which, however, include transatlantic destinations but only ones to the Americas.

Continued Use of Secondary Airports?

Although Fort Lauderdale was included in Norwegian’s U.S. destinations, the extinct airline had based at New York-JFK and Los Angeles International Airport (LAX).

Therefore, the prospect that would have allowed Norse to operate a mixed model (not to be confused with hybrid) has faded away.

A mixed approach means point-to-point operations towards large hubs where interline agreements can be developed, as Norwegian tried to do with JetBlue in 2019 before going bust (Norwegian, 2019).

Among budget airlines, secondary airports are increasingly common because of lower operating costs.

However, problems come up for long-haul flights, especially where they are operated by a single carrier (exclusive).

The principle of close-to-home airports, of shorter entry and exit times from the terminal, tends to work well in a national/regional context.

Moreover, the target of tourists, visiting family and relatives (VFR) people, and the GenX looking for more easy-going environments and fewer luxury lounges, appears insufficient to justify a trip to a secondary airport.

And the reason for that is crystal clear. The needs of long-haul passengers are not the same as those of passengers traveling locally.

It appears evident that the ‘backpacking adventure’ is the fortune of low-cost airlines if the trip is relatively short.

A different picture emerges for the long-haul: heavy luggage, jetlag, and the cost of transport proportional to the distance (for example a taxi) leading passengers to consider airports close to urban centers, even if the ticket price is higher.

At least, no one knows yet, Norse’s prices might be so ridiculous as to support traveling to secondary airports. But will the airline be able to apply cost-crushing policies to attract customers?

Norwegian Long Haul’s weakness was the cost-benefit balance: the airline offered a too premium service compared to the ticket price.

Furthermore, if the airline claims to be part of the LCC category, the cost of fuel cannot be double the ancillary revenue (e.g., additional baggage, buy onboard), that is the real source of income for an LCC.

On this last point, Norse seems to have learned his lesson by considering staffing in the U.S. through a head office based in Fort Lauderdale.

“We believe that transatlantic travel will resume with full force once the pandemic is behind us. People will want to explore new destinations, visit friends and family, and travel for business. Norse will be there to offer attractive and affordable flights on our more environmentally friendly Dreamliners to both the leisure and cost-conscious business traveler” (Norse, 2021).

Norse Atlantic runs the risk of getting too far away from competitors.

Where there is competition there is a market.

On the other hand, the positive note is that the severe competition between giants leaves no room for minnows, in particular, due to the chance of large FSCs to lower prices even for the cost-conscious business travelers, cited by Larsen.

Norwegian’s premium product was a mistake, but fishing where there are no customers might be another big mistake.

If Norse Atlantic were right, then other airlines would move to secondary airports, creating competition. But to find it out, a market analysis is required.