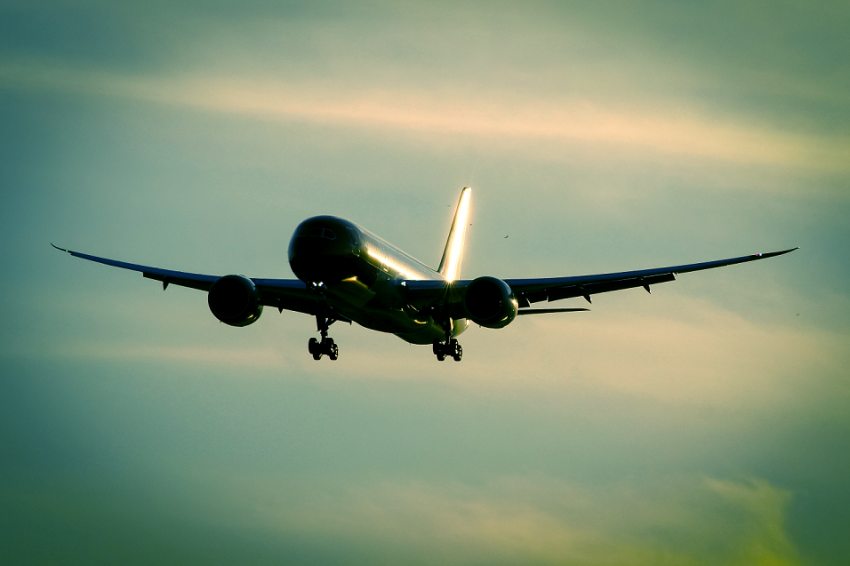 LONDON – Björn Kjos was considered a very prominent figure in the aviation industry, especially in the meteoric rise of Norwegian over a near 30-year existence of the airline.

Kjos left his post as CEO of Norwegian back in July 2019, finishing a 17 year stint leading the airline through some incredible times, including the expansion outside of Europe with its now ceased long haul division.

At the time of his departure, Kjos stated that his retirement from the airline was “way overdue”, offering strong hints that he was going to take a breather from such leadership roles (Walsh, 2019). By the time he retired as CEO of the airline, he was 72. In 2021 he will turn 74 in July. It’s not far away from matching the age of Southwest’s Herb Kelleher when he retired at age 76.

He ended his stint with Norwegian not in the way he liked or started it. At the same time of his resignation, the airline had announced the grounding of its Boeing 737 MAX fleet had cost Them around $82 million (Scaturro, 2019) as well as having to raise $350 million from shareholders due to high debts (Klesty & Fouche, 2019) that were slowly but surely spiralling out of control to the point of the airline requiring examiner-ship in Ireland (Norwegian, 2021).

This piece will look at what has been revealed about the new carrier so far, as well as how the airline can succeed in the new environment the COVID-19 pandemic has laid onto the industry as well as obviously whether the proposed business model can work for the benefit of Kjos and the rest of the leadership team at Norse Atlantic Airways.

What we know about the carrier so far…

At the time of writing, things remain at quite an early stage regarding the carrier. As reported by local Scandinavian media, Bjorn Tore Larson, one of the key members of the start-up said the following via a press release:

“We now have a historic opportunity to build a new airline from the start. When the world reopens, there will be a need for an innovative low-cost company in the intercontinental market.”

Norse Atlantic Airways looks set to adopt the same sort of equipment as Norwegian did for long haul operations at the start, by utilising Boeing 787 Dreamliner with the main four destinations being “New York, Los Angeles, Paris and London” before heading into Asia later on in the process (Walnum & Marthinussen, 2021). Aviator.aero (2021) also notes that Miami and Oslo will also be on the list of destinations as well. It is understood that the airline will lease 12 Boeing 787s that used to belong to Norwegian. At the time of writing, nine of the 12 aircraft have had lease agreements approved, with the other three waiting approval (ibid).

The team at Norse Atlantic Airways are keen to make a very fast start to the market, with the aim of getting the first flights in the air by December this year (Walnum & Marthinussen, 2021).

The carrier has currently raised around $24 million in start-up capital and is looking to sell its shares publicly on the Oslo Stock Exchange in the hope of raising more funds to get this business underway as fast as possible (Aviator.aero, 2021).

It is understood also that the carrier will seek to collaborate with Norwegian Air as well as new entrant to the market, flyr, which is also due to launch operations this year, which is offering the hint of such joint ventures in order to reduce the level of competition within the market already (ibid).

Ultimately, it is as if you can tell that Bjorn Kjos is behind the wheel of this carrier, as the setup for long-haul operations is near identical to that of Norwegian. With the airline looking towards a December launch as well, in true Norwegian fashion, they are not wanting to mess around.

The Need for Flexibility in the Business Model

Those in the industry, especially throughout the life of the Norwegian low-cost, long-haul model existing, had stated that the airline had expanded too quickly with no actual return on it whatsoever. That is something that analysts will be keeping an eye on this airline for, is to see whether Kjos learnt from his mistakes or not.

Especially in a post-pandemic world, there is a sublime need now for ultra flexibility within the business model of an airline, particularly a start-up. Earlier this year, AviationSource got to speak with the CEO of Moov Airways, Alvaro Nogueira de Oliveira about its plans for start-up, particularly its low-cost, long and short-haul travel plans, where he raised an interesting point about business models during this volatile time, especially with the likes of JetBlue entering the low-cost, long-haul market:

“We must first look at how the low cost concept was brought to the market, especially through the perspective of Southwest Airlines, who developed, built and implemented their low cost, low fares principle, which encouraged this to be copied and pasted everywhere around the world with some adaptations.”

“This is the benchmark for the short haul. There is not much difference from one operator to the other using this concept for long-haul. However, with Moov, this is going to be different. There is not going to be a single model, especially because we can say there is no one size fits all. It ultimately depends on what markets you want to service. We have obviously seen a few players enter this market already. Some have remained and some have not. The fact that you mention JetBlue only proves that our idea is good, and that long haul on a low-cost basis is a step into the future.”

The point that Oliveira makes is that in order for any business using that model to survive, it has to be ready to respond to any changes that may occur within the industry, and very quickly. Hosting just the 787 Dreamliner in its fleet may be the key to that, as is seen with Moov’s future utilisation of Airbus A321XLRs by 2023.

Looking at the destinations that Norse Atlantic wish to serve, it does seem that Kjos has learnt his lessons when it comes to rapid expansion. The airline of course is sticking with key markets that will generate substantial revenues, and the Asia links could prove to be beneficial in the future, but is also dependent on which destinations. But of course, we have to watch closely to see whether the destinations increase rapidly or not because we don’t know which airports in those areas the airline will serve. Will they be the major airports or the secondary point-to-point bases to keep costs down?

Can the airline succeed?

The idea of close collaboration with flyr and Norwegian could signify the potential for success, especially when it comes to the transit options onwards to domestic destinations. Norwegian and flyr would of course focus on the domestic, with Norse handling the international side of things. This in turn will increase passenger numbers across the three carriers and would bring in extra revenues.

Flyr are the domestic airline to look out for, especially with its three-pronged strategy to covering the vast majority of European capital cities over the short-term, offering up to 30 Boeing 737-800 aircraft. Norwegian will end up doing the same with its current generation -800s, especially with the removal of its 737 MAX aircraft (Singh, 2021).

So bringing together a consolidated perspective of the Norwegian air market could provide some successes, even for two start-up carriers and would hand out opportunities in the wake of a turbulent 12 months in the industry.

Such consolidation will appear to be made easier, especially with external competitor Wizz Air already having to shut its base in Trondheim due to the continued effects of the pandemic, the amount of regulation imposed on the airline as well as offering close to little flights, offering no competitive threat whatsoever (NewsinEnglish.no, 2021).

The success of Norse Atlantic depends on whether it can cross the competitive hurdles of new entrants trying it on in the low-cost, long-haul market.

For example, JetBlue is making its first step into the Transatlantic market with flights to London from Boston and New York (Frost, 2020). Norse Atlantic would compete with JetBlue, particularly on the London market where irrespective of which airport, whoever has the lowest fare and best service will be worth the long commutes across London to experience.

With Norwegian Air out of the long-haul game, there is room to of course fill the gap in London, particularly out of Gatwick, where the carrier use to host 787s there. There is also the potential to open up into other areas across Europe, offering good potential but as mentioned previously, it is a matter of the right timing in order to be the most competitive.

Whilst it may not be a matter of concern currently, but Aer Lingus’ expansion into Manchester (Hardiman, 2021) with transatlantic fares may trigger some level of competition, but the distance between the Northern Powerhouse and London may dissuade passengers from travelling that much further.

Particularly in the UK market, there are a lot of factors at play when it comes to filling in the gap of the low-cost long-haul market. It all comes down to strategy when you look at the overall result, and which competitor can be the most flexible when it comes to industry trends.

What remains clear is that Norse Atlantic Airways has the potential to fill a market that has recently emptied. As the article states, this comes with a lot of caveated turbulence that the likes of Kjos have to fly to in order to reap the rewards.

As rightly mentioned by Moov CEO Oliveira, it is not a one size fits all business model. Kjos will no doubt have that in the back of his mind as this new start-up develops over the course of this year.

With regards to Kjos himself, this is an exciting new venture for the industry. His significant expertise, amongst the colleagues he is working with, could provide the benchmark that is needed to thrive in the long-haul low-cost market. With Herb Kelleher nailing the short-haul framework, could it be Kjos who sends this airline into the stratosphere and bring forward what the industry has been aching for, especially for its desperate consumers who are pent up and ready to travel?