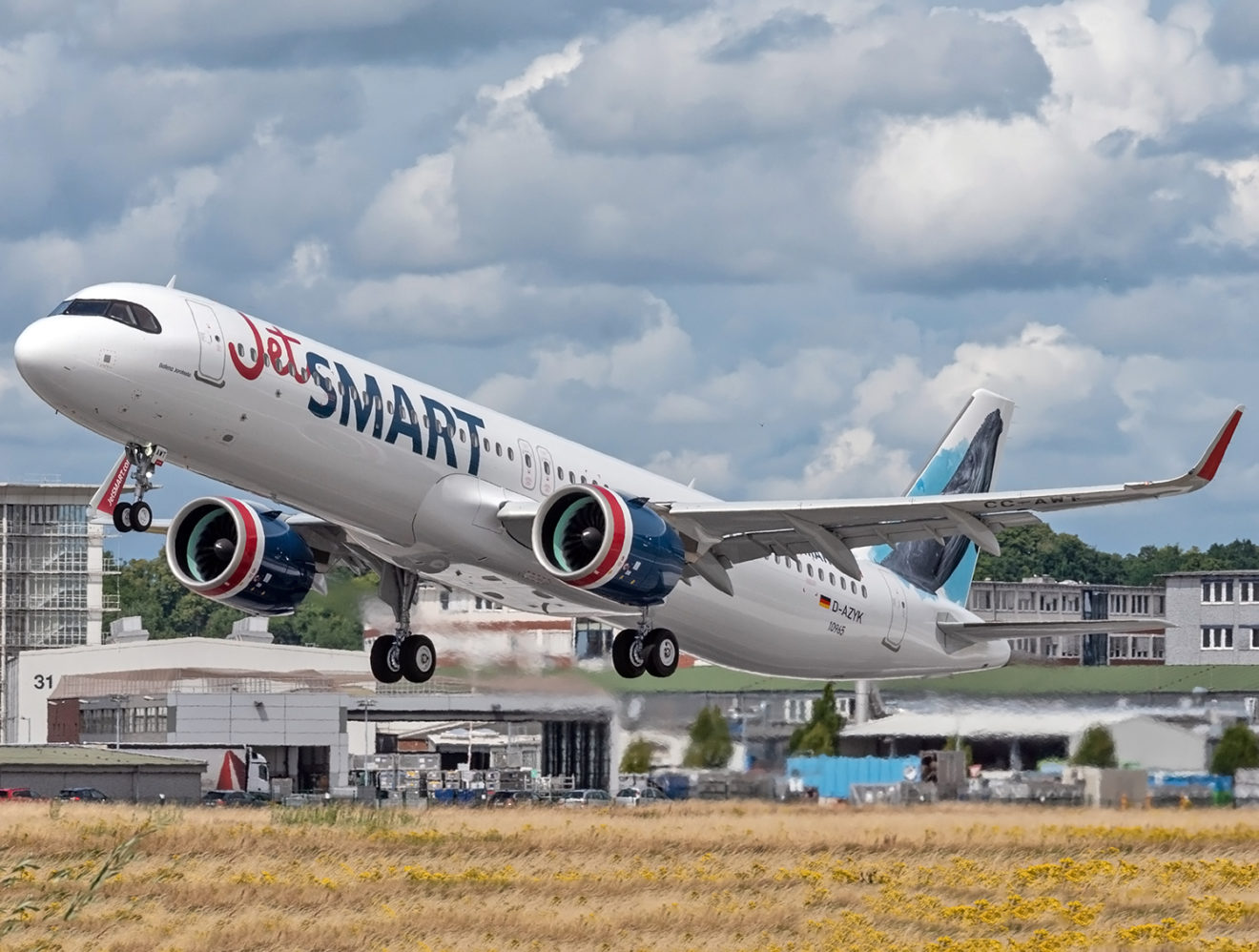 “The delivery of our first A321neo marks the beginning of a new era for JetSMART, supporting our vision to serve 100 million passengers by 2028. It is also and it is an important step in becoming the leading ULCC in South America.”

“We worked with Airbus to configure our A321neo as the most competitive aircraft in the market, while maintaining our focus on sustainability and ultra low fares,” said Estuardo Ortiz, CEO JetSMART.

JetSMART’s A321neo is powered by Pratt & Whitney GTF™ engines and can seat up to 240 passengers in Airbus’ award-winning Airspace cabin, which brings unique lighting displays, more personal space and a sleek design to improve passenger experience.

“The A321neo’s performance and efficiency will allow JetSMART to continue offering low fares, while reducing its carbon footprint,” said Arturo Barreira, President of Airbus Latin America and the Caribbean.

The A321neo is the largest member of Airbus’ A320neo Family, which incorporates new generation engines and Sharklets, delivering more than 20 percent fuel and CO2 savings, as well as a 50 percent noise reduction.

The A321XLR version provides a further range extension to 4,700nm, giving the aircraft a flight time of up to 11 hours. Last month, the A321XLR took to the skies for the first time, accomplishing its first test flight successfully.

By the end of June 2022, the A320neo Family had won more than 8,110 orders from over 130 customers, of which nearly 4,241 have been for the A321neo. Since its Entry into Service six years ago, Airbus has delivered over 2,300 A320neo Family aircraft, contributing to a 15-million-ton decrease in CO2 production.

In Latin America and the Caribbean, Airbus has sold over 1,100 aircraft and has a backlog of over 500, with more than 700 in operation throughout the region, representing almost 60 percent market share of the in-service fleet. Since 1994, Airbus has secured approximately 70 percent of net orders in the region.

Another six A320neo from BOC Aviation

“We are excited to work with BOC Aviation in the management of our fleet plans towards becoming the ultra low cost carrier in South America” said Matt Bernier, CFO of JetSMART.

“We are delighted to welcome JetSMART as a new customer and we look forward to supporting the airline’s growth plans in the South American region,” said Robert Martin, Managing Director and Chief Executive Officer, BOC Aviation.

“This transaction is testament to BOC Aviation’s ability to provide our customers with large-scale financing solutions as well as technologically advanced aircraft.”

Founded in 2016, JetSMART Airlines is an ultra low-cost airline with domestic operations in Chile, Argentina and Peru and offering international services to Colombia, Uruguay and Brazil, having carried more than 10 million passengers.

JetSMART is part of the airline portfolio of US private equity firm Indigo Partners, which includes Frontier Airlines in the USA, Wizz Air in Europe, Volaris in Mexico, Lynx Air in Canada and Cebu Pacific in Asia.