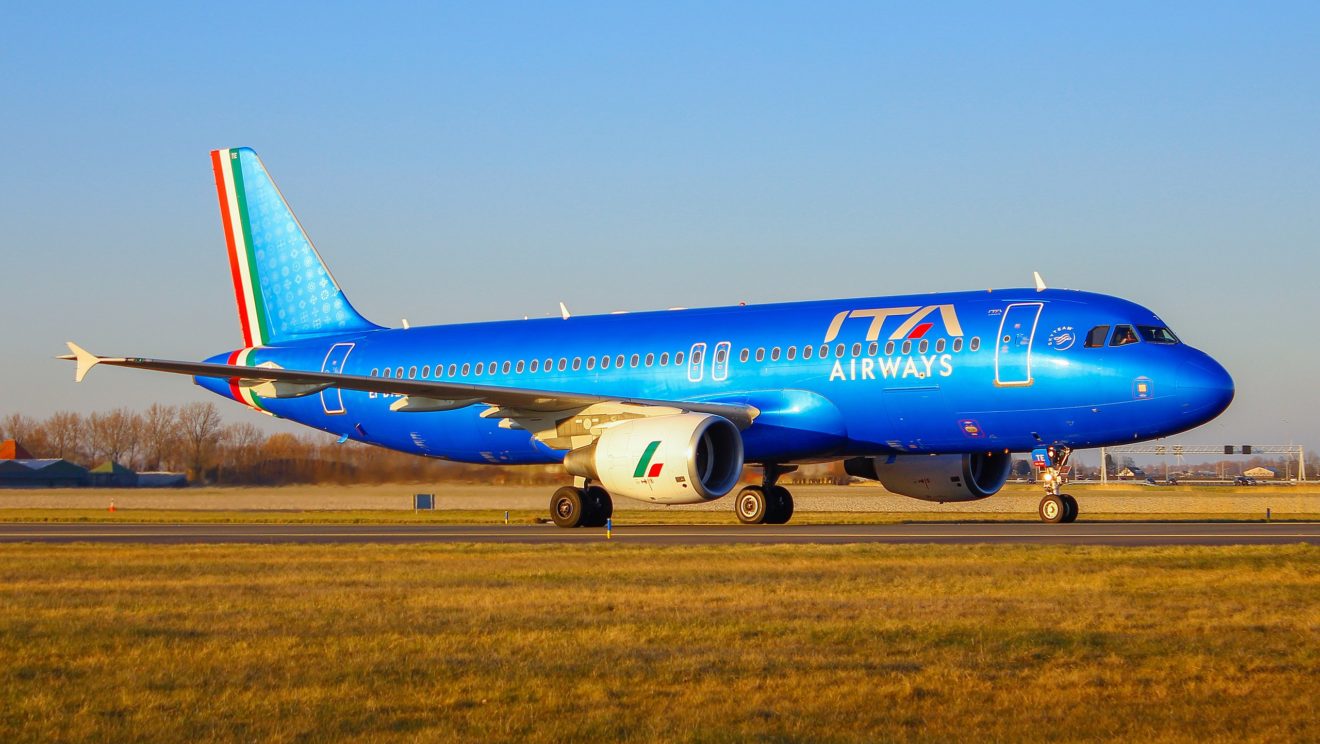 LONDON – Italy’s newest national flag carrier ITA airways has it would seem now to have taken the final turn towards the privatization of the company after the Italian movements ministry consultants have been preparing draft contracts for the final sale of the airline.

Chequered Past For Italian Airlines

While this move is not overly surprising it does mean that for the first time in a long time, Italy will once again have a national carrier which doesn’t need to be supported by government funding. Since the collapse of Alitalia, the aviation market in Italy has struggled, with many airlines such as Air Italy, which even have the backing of global power airline Qatar airways, failing to survive the turbulent market in the region, ceasing operations on February 11 2020.

The government is believed to be in favour of the deal that was proposed by Certares, Delta and Air France-KLM, which according to an Italian media outlet suggested that the group intend to leave 45 per cent of the companies’ shares open to the Italian state, while MSC-Lufthansa remained strict on their offer of allowing no more than 20 per cent to remain under government ownership.

Certares, Delta and Air France-KLM are believed to have made an offer which sits in the region of 600 million euros for the 55 per cent stake in the airline, which was valued in the region of 900 million euros, broken down this would see Certares take a 40.1 per cent stake, Air France-KLM with 9.9 per cent and Delta with the remaining 5 per cent, with an additional aspect of the deal allowing the Italian government to keep two members on the board so that they may continue to have voting rights on the future direction of the airline.

Certares is a private equity firm that was launched in 2012, it has in recent years begun to take a much more vivid lead in the travel industry investing in companies such as American Express Global Business Travel, Hertz Corp., airline group Latam, and Liberty Tripadvisor Holdings, and now its latest investment will soon see it own 40.1 per cent of ITA Airways.

There are major benefits to this type of investment from private firms, however, they do also bring an element of risk with them like most things, they may be swayed into selling their shares should the market value for the airline drop drastically, and given the past record of Italia based airlines this is something they will be keen to ensure does not happen, great news for not just ITA but also the Italian government, who will by now, wish that they do not need to launch another carrier again.

It is not just the amount of money that the Italian government has put into ITA Airways that means this project must succeed, it is also an indication of the validity of Italy. Every single carrier in the last 5 years that launched in Italy has subsequently gone on to fail, with ITA Airways now in a way, almost the country’s last hope to reignite a carrier that will carry the Italian flag around the globe.

Europen and African markets are rapidly expanding in demand for travel and Italy is in the perfect location to be the country that connects these demands, while the Hub to Hub model died out pre-pandemic, as travel slowly starts to return to post-covid levels airlines and travellers are once again focusing on the Hub to Hub model, there are many reasons for this one of the major ones being staff shortages.

With a modern fleet at its core and orders for new planes already on the books, ITA Airways will now focus on the future and look to establish itself as a powerhouse in the European market, this deal is exactly what the Italian government will be hoping makes this a reality.