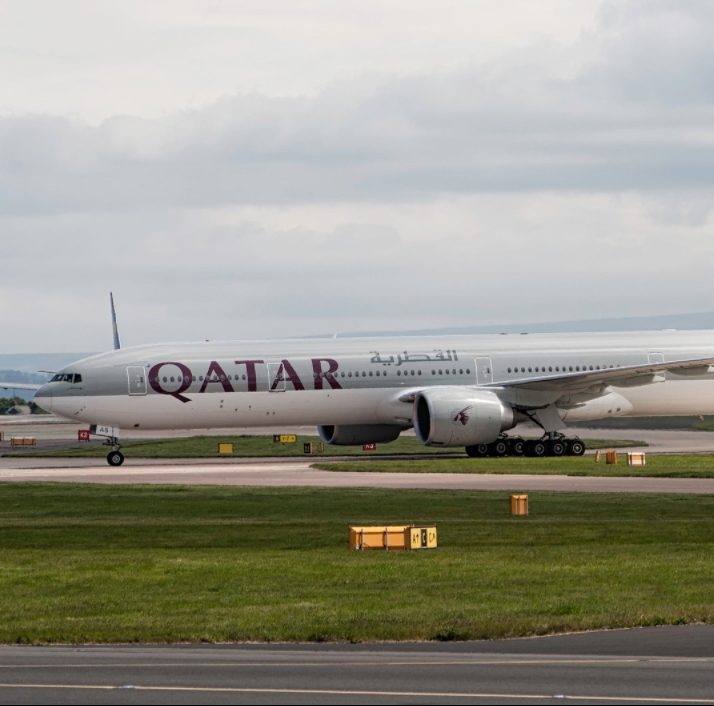 LONDON – It is evidently clear that the likes of Qatar Airways have performed the best they can during what is still a very difficult period for the industry due to the COVID-19 pandemic.

From taking the decision to keep operating when others shut down to now expanding further into the U.S market, Qatar Airways has been at the forefront of a continued success story.

The airline launched San Francisco back in December as well as more recently to Seattle back in January this year. Utilizing the Airbus A350 and the Boeing 787 on such routes has enabled a level of efficiency that turns into easier growth.

AviationSource got the opportunity to sit down with Mark Drusch, the airline’s Senior Vice President of Revenue Management, Alliances, and Strategy a few days before the launch of its Seattle route back in January 2021 to discuss the direction of the airline currently.

JF: Mark, thanks again for doing this interview. Firstly, why is Seattle such an important market for Qatar Airways?

MD: Three reasons. Number one, we have seen the success of our West Coast operation with Los Angeles that we went back to very quickly after the beginning of the crisis. We opened up San Francisco in December, which was immediately very profitable.

So obviously the last big market on the West Coast that we were not serving was Seattle. Number two was the airline being far along in our discussions with Alaska Airlines as a partner, and we were far enough along in our discussions, which included opening their frequent flyer programs to earn miles on our flights as well as offering the opportunity to redeem flights too.

We now can put their codes on our flights obviously having a partner with Alaska in Seattle is critical for our success in the area.

It is extremely hard to imagine somebody being successful in Seattle without Alaska being your partner. During the first lockdown, we made it our goal to be a reliable carrier, meaning we would continue to facilitate the remaining levels of international travel that existed.

And as we have continued to do that, we have had a very keen pulse on the market. One thing we discovered is that we continue to have a lot of traffic from the U.S to our system, which includes Africa, the Middle East, and the Indian sub-continent, etc.

This is unusual right now, given that other airlines are shut down. So, with that in mind, we knew that there were a lot of people still traveling for example from Seattle to Addis Ababa or to other destinations within those areas. So, we made it a priority to facilitate that travel for those customers.

JF: Bearing in mind what you have said about Seattle, does the same perspective apply onto the San Francisco operations that you touched on?

MD: Absolutely. If you look at our system pre COVID, we were not well-represented on the West Coast, so it was always in our plans to begin service to San Francisco and then Seattle.

It is just, they were accelerated because of all the things I just mentioned. I must be clear with you when we went back to Los Angeles shortly after everything began to open again, it is a long flight, as you know, and there is a lot of risk in putting a flight that long back in the system.

But as we put it back in, it was successful very quickly. We quickly went from five flights a week to daily, and we realized that the market had changed so dramatically in terms of the kind of traffic that is out there and the need for a service like that. So if LA is working, then so will San Francisco. And that it did.

If we can bring in a flight and feed a significant number of people from that flight on to American or Alaska, it helps those guys too. So, it is a very virtuous symbiosis here.

JF: Obviously with the airline expanding into the U.S during the pandemic, consumer confidence is something that has been incredibly challenging. What measures is the airline currently taking to ensure passenger safety, thus increasing such confidence going into the future?

MD: We have been at the forefront of, uh, hygiene protocols and the technology to ensure higher levels of hygiene. We were the first to really outfit our flight attendants at full PPE, including face masks.

We invested early in the UV technology that goes through the cabin as well as our UV lighting. It kills bacteria and viruses.

We immediately implemented enhanced hygiene at Hamad International Airport, everything from robots that are running around cleaning things to people literally standing by the handles of escalators cleaning those so that anybody who put their hands on they are moving through a practically touchless airport.

I went just through the airport a couple of months ago, the only place where I really had to touch anything is when I carried my stuff out of my carry-on bag to be screened and that was it.

It is filled with, as you can imagine with a lot of hand sanitizer etc., We give all our customers as they get on board a packet that includes a mask, hand sanitizers, and all that.

JF: Moving back to the West Coast expansion. Obviously with Alaska Airlines joining up with oneworld, is Qatar Airways taking more of an inclusive approach in terms of its footprint in the U.S, especially given previous opposition in the past about Middle Eastern Carriers operating into the country?

MD: Let us identify what we bring to both Alaska and its customers. The West Coast of the United States has an unparalleled root system with Doha to the Middle East, Africa, the Indian subcontinent, India, and Southeast Asia.

So, we can bring to Oneworld and to Alaska specifically a unique, access to that part of the world. That is the fastest-growing area and has the fastest growing GDP. There is no other alliance that has a footprint in that part of the world that so what we bring to Oneworld and specifically what we bring to our partners in North America, like Alaska and American Airlines.

When I first started talking to the Alaska guys in-depth, they were the first to say, “Oh, we’re so glad that you guys are coming”. And they started to identify all the various, diaspora that are in the Pacific Northwest.

For example, there is a big Somali community in Seattle or in the Seattle area. So, we are bringing a unique footprint to Oneworld and specifically, I think to our U.S partners in oneworld too.

JF: Obviously, the U.S DOT approved the American-JetBlue schedule coordination in January too. This has been deemed a landmark deal. With American being in oneworld, do you feel that Qatar will see benefits from this? And again, is this the sort of inclusive strategy being taken both on the airline front but also on the alliance front too?

MD: We have an unparalleled partnership network in the United States, which is currently far stronger than the likes of SkyTeam or Star Alliance. Our partnership with American Airlines means that we have the largest network airline in the country, especially with their mega hubs and what they offer from there.

Then we have the largest carrier on the West Coast to be Alaska Airlines. So with those airlines including JetBlue, we are not depending on just the one airline, which is what some of the other alliances do.

JF: Going across the pond, Doha-bound, with the Qatari blockade now at an end, what is your assessment of the landscape now for the airline? Why does this make things easier for Qatar Airways?

MD: In terms of the bigger picture, as our CEO said, we welcome the fact that the blockade is over and now all of us can serve each other’s countries. So it’s really helpful to our network.

JF: Does the airline have any preliminary data already to show such benefits of the blockade not being around anymore?

MD: The extreme example is our flight to San Paulo has a reduced block time by two and a half hours in one direction and about two in the other. Thanks to the ability just to overfly the UAE, Egypt and Saudi are that our flights to Southern Europe are going to be shorter now.

JF: Qatar Airways has said it does not expect recovery until 2024. With that in mind, what does 2021 look like for the airline as we press ahead with the vaccine? And do you think the industry can exceed the 2024 target?

MD: The only thing I can guarantee you is that what we will be doing in 2021 is to continue to operate the way we did in 2020. We will move quickly to identify market opportunities.

We aim to operate with a sense of making sure our customers and our employees have the latest in science and technology to ensure their health or their hygiene safety. We are ensuring that we continue to adhere to our principles.

And that is to serve the traveling public, to be a reliable airline, and that if we say we are flying someplace, we fly and we do not we don’t pull out of a market overnight for whatever reason like our competitors do. We will continue to make sure we fly the most efficient aircraft in the sky.

MD: I can ensure you that we will be continuing to be at the forefront of what we do. As we move forward, we will make sure we help guide the industry in a way that makes it safe and encourages people to get back to traveling. Because I do not know about you, I would love to be able to travel again.

JF: Mark, thanks so much for taking the time to speak to me.

It remains clear that Qatar Airways has been consistently clear-cut when it comes to operations during the COVID-19 pandemic.

And being that clear-cut has shown, as the airline is beginning to experience the fruits of those decisions before other carriers around the world are.

Its expansion in the U.S also shows that it is onto something in terms of alliance utilization with the likes of Alaska Airlines on the West Coast as well as American on the East Coast.

Adopting such a strategy has enabled the airline to assert its dominance more in that region, which will no doubt make the likes of Emirates and Etihad as the months go on.