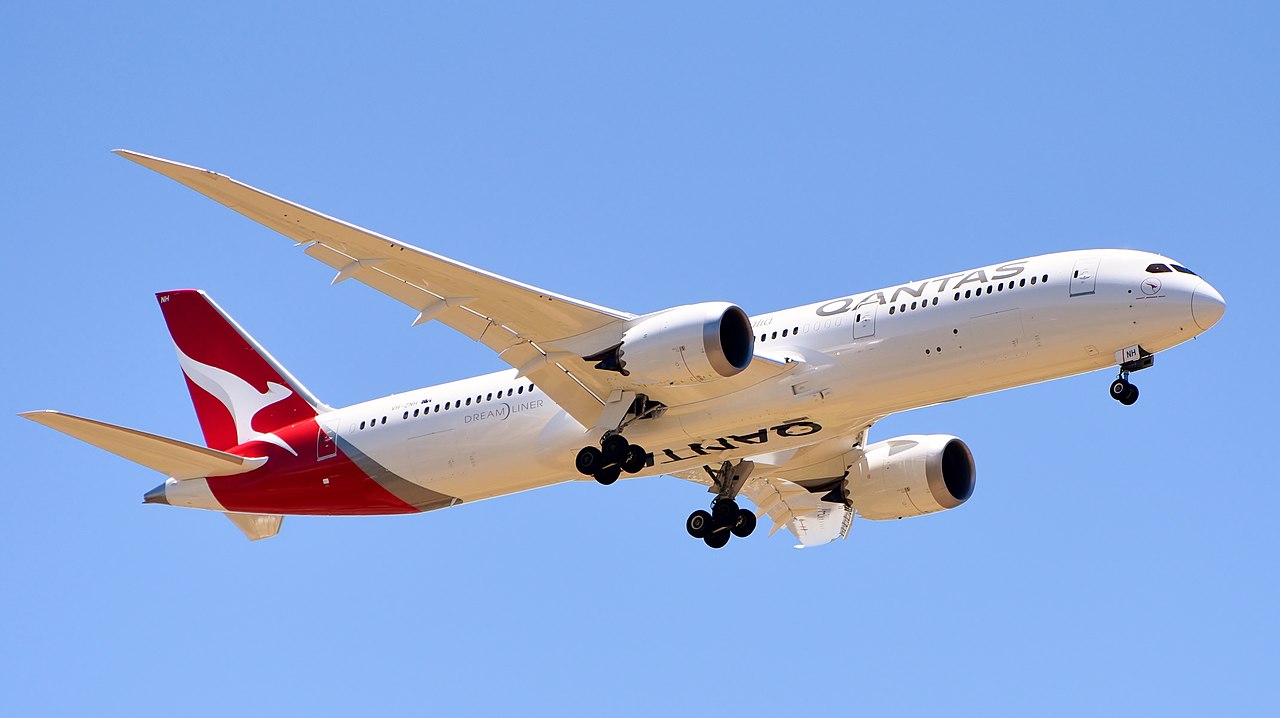 LONDON – Qantas has offered a New Year’s gift to its passionate travelers by announcing that, the red-tailed kangaroo jet will be once again flying to Johannesburg, the prestigious route of Qantas almost two years after the outbreak of the pandemic in early 2020.

The newly restarted route between Sydney and Johannesburg will be initially operated on 3 weekly services on Wednesday, Friday, and Sunday and will be operated onboard Boeing 787 aircraft instead of ‘Queen of the Sky’ Boeing 747.

The 14-hour flight stretch will be more comfortable onboard Dreamliner 787, rather than its predecessor 747, as the new aircraft offers a superior experience.

The new SYD – JNB route will offer 3 class configurations with Business, Premium Economy, and Economy seats, along with a quieter and smoother flight experience.

The aircraft also offers features like lower cabin altitude and higher humidity, which helps in reducing jetlag on such a long flight stretch.

Alan Joyce, the CEO of Qantas has stated that the airline is assessing the prospects of a direct flight between Perth and Johannesburg, the route which was predominantly ruled by South African Airways in pre-pandemic times, but with the troubles mounting over the South African Airlines, who is recently emerging from the bankruptcy, after being grounded for more than 18 months.

Qantas has been keen to challenge South African Airways on Perth – Johannesburg route and even launched 4 weekly direct flights between city pairs using Airbus A330 in its peak season of November to March in 2018.

The destiny of Perth – Johannesburg with Qantas

After its announcement in June 2018, the airline reported that it is scrapping the plan due to ongoing disputes with Perth Airport on grounds of the Qantas airlines desire to run its Perth flight from the international wing of its integrated Terminal 3 – Terminal 4 hub, rather than that of Terminal 1 of Perth Airport, which is dedicated to all international flights.

The airline was assertive that, the use of integrated Terminal 3 – Terminal 4 hub would have streamlined Qantas’ domestic connecting passengers and making their onward journey to Johannesburg, instead of ferrying aircraft between domestic and international terminal using a tow truck.

This could have saved Qantas time on the ground.

Alan Joyce, CEO of Qantas in his interview with Reuters in early 2021 mentioned that “We are very keen on South Africa, and we think it is a good growth opportunity for Qantas. And if we can resolve our disputes with Perth Airport, we will start the Perth – Johannesburg service, which is on our list of new routes, and we think that will be very successful.”

With his interview in Executive Traveller in December 2021, Mr. Joyce said that “Qantas would continue to push new pins into its international route network over 2022, but with more of a focus on leisure travel and the VFR (Visiting Friends and Relatives) market, which is enjoying the post-pandemic travel surge post two years of deadlock.”

Mr. Joyce further commented that ‘What we are doing at the moment is picking routes where we know there is a huge VFR traffic base. India is a big market for that, and that is why we went in, and we were right, there was a huge demand.”

“With Rome, with the big Italian communities in Melbourne and Sydney, we thought the peak summer season would support the basis of that service, and then we can tap into tourism on top of that.”

He further stated that “We have three new 787’s arriving from July 2022, which opens an opportunity for us to expand the international network. The Dreamliners have huge capabilities to do routes that we hadn’t considered before.”

What remains clear is that Qantas is now beginning to exit the rut it was in due to the COVID-19 pandemic, and by re-launching such routes, it will be able to get itself back on track.