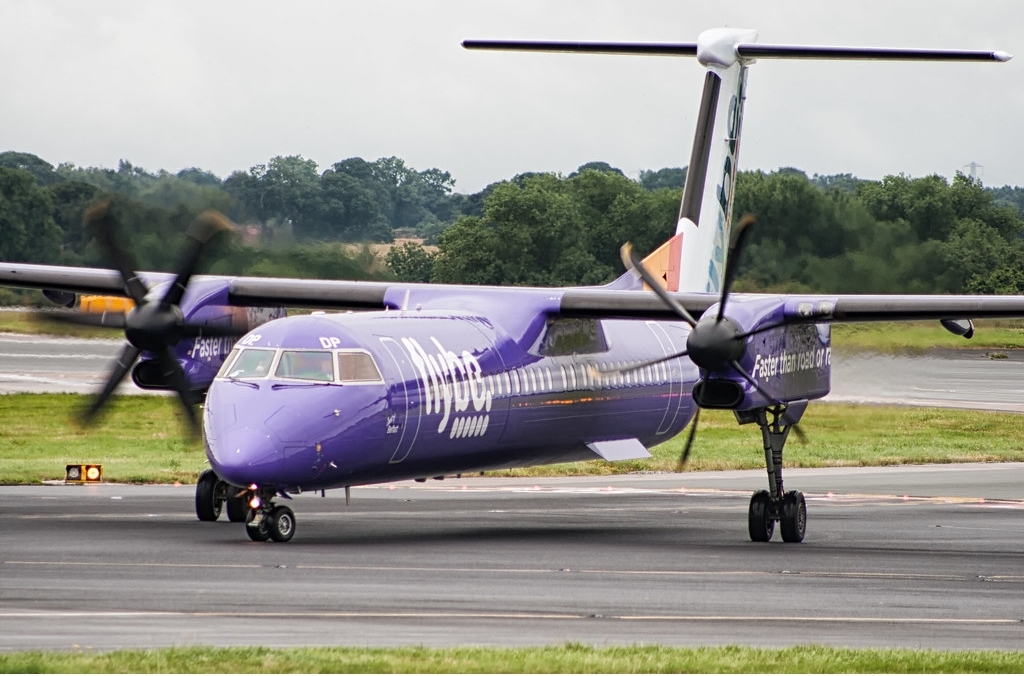 LONDON – The relaunch of Flybe is slowly beginning to take shape as the carrier appoints new CEO Dave Pflieger to kick-start the airline back into gear.

A report from FlightGlobal states that Pflieger was recently in charge of Ravn Air, an airline group based in Alaska which entered bankruptcy proceedings earlier last year.

Ravn Air was sold to new owners after accruing more than $90m in debts, resulting in the group filing for US Chapter 11 Bankruptcy.

However, Pflieger will no doubt see this as a brand new opportunity, and his track record has impressed the Chairman of Flybe, Kevin Hatton.

“We are extremely fortunate to have someone with Dave’s skills and track record of success leading our new airline as it gets ready to start operations and serve key regions in the UK and EU”.

Enthusiasts at Maastricht Airport have also spotted one of the Flybe frames, G-JECX, sporting a brand new livery, taking inspiration via the purple and white colours that originated in the old Flybe, where some frames were fully purple and some fully white.

JECX was originally delivered to Flybe in June 2007, and was originally withdrawn from use on March 4th, with the airframe originally bound for Virgin Connect, which never took off.

The aircraft is currently in the possession of Nordic Aviation Capital, where it has been sat in Maastricht since May last year.

The airline is actively recruiting at the moment for aircrew, with adverts requiring captains who have more than 2,500 flight hours (including 1,000 hours as pilot in command) as well as cabin crew as well.

This could be a step in the right direction for employees who previously lost their job at the carrier due to the collapse, offering some wider hope going into the future.

However, the airline has not fully revealed how many staff it is going to need for its operations due to the next step surrounding the acquisition of aircraft.

According to the FlightGlobal report as well, the owners of the new Flybe have conducted negotiations with Aergo Capital back in April 2021 for 20 ex-Flybe Dash 8s, which of course is nowhere near the original fleet count that the airline had before its collapse.

Where will the airline operate?

By the looks of preliminary information, the airline will be seeking to restart operations in areas that the old version of the carrier previously operated.

In the recruitment advertisements, there are roles in the West Midlands, offering the perspective that services to Birmingham could return once again.

On top of this, slots out of Manchester and Birmingham, as per Airport Coordination (ACL), have been displayed for the Winter 2021 season, with such slots being transferred to the new company.

That being said, administrators of the old Flybe are hoping that such slots that the new company has retained and owned may encourage additional payments towards such proceedings going into the future.

Things are heading in the right direction

For the Flybe brand, this is a big step in the right direction to getting itself back in the air once again.

All eyes will be on the carrier as we approach the Winter season to see whether operations will commence then, and if so, whether it will be smooth or not.

In the meantime, all we can do is sit and watch to see how the airline will fare, and whether this will be the beginning of a brand-new era to an airline brand that once dominated the UK regional market.

French bee Is GOING BACK to San Francisco: The A350-1000 Is Coming Too!
ANA to Introduce Mixed Fleet Flying For A380 and A320 family; welcomes home final A380
Comment