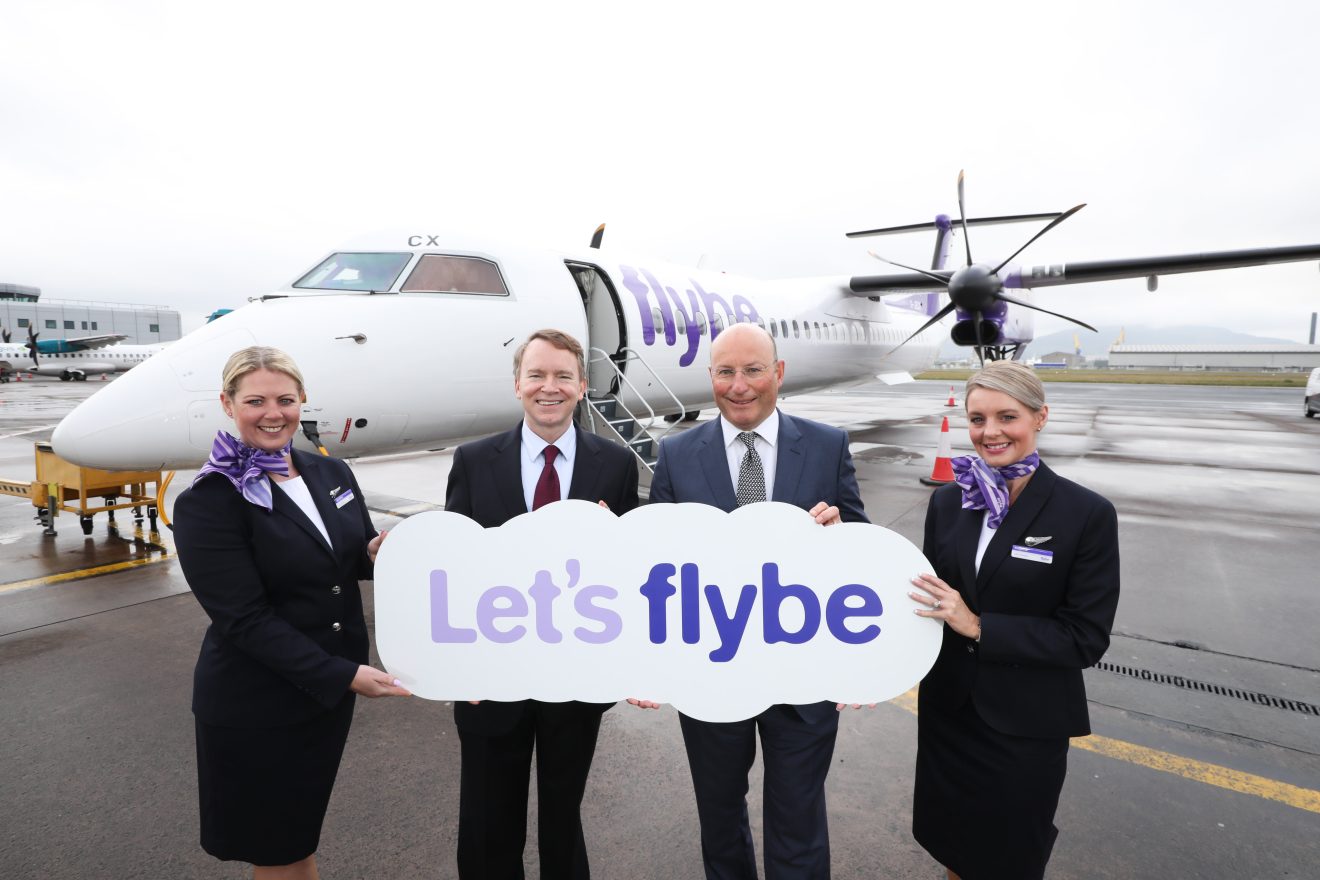 First Of Many Routes To Come From Glasgow

The service will run on a four times daily schedule and the carrier confirmed that there would be additional routes launched from the Scottish airport in the coming weeks as it continues to rebuild its once-famous UK regional network following its collapse back in early 2020 as it failed to secure a public bailout.

Commenting on the launch of this service was Flybe CEO, Dave Pflieger who said:

“Today is another exciting day for Flybe, and we are delighted to be able to celebrate our first flight from Glasgow. We plan to play a key role in providing more choices, everyday low fares, and connections to other nations in the UK.”

“Over the coming weeks and months, we expect to increase flights and add more destinations as we grow the size of our fleet.”

The second service from Glasgow has already been confirmed by the airline, with flights between Glasgow and Flybe’s base in Birmingham expected to be from July 28 this year on a three times daily service schedule.

“The industry has endured a very challenging couple of years, so it is heartening to see the return of the Flybe brand once again and operating on one of our most popular destinations.”

When Flybe collapsed in early 2022 with the airline’s assets being seized and flights stopped overnight, it left a gap in the UK regional market that other airlines needed to fill.

For the Scottish market, this fell to regional carrier Loganair which launched services onto 16 routes that used to be run by Flybe, but now as the carrier makes its return Loganair will feel the force of fierce competition on these services as Flybe looks to reclaim its former glory.

“The collapse of a long-standing airline like Flybe marks a desperately sad day, especially for the airline’s dedicated team of employees and for customers facing disruption to their journeys.”

“By stepping in quickly with a comprehensive plan, Loganair is aiming to maintain essential air connectivity within the UK regions to keep customers flying, and to offer new employment to former Flybe staff members who are facing an uncertain future today.”

Loganair recovered routes that Flybe had been serving from its pre-existing bases at Aberdeen, Edinburgh, Glasgow, Inverness and Newcastle

Hinkles added: “The plan represents the outcome of several weeks of behind-the-scenes contingency planning work, during which we’ve evaluated many routes and aircraft.”

“It’s critical to the continued success of our own airline that we refrain from over-expansion, and that our growth can be delivered within our operational and financial means.”

“I am confident that the plans being announced today are robust and sustainable, enabling former Flybe customers to benefit from Loganair’s high standards of customer service and on-time performance on a range of new routes, with a strong emphasis on those too and from our Scottish heartlands.”

And this now will become the primary focus of Flybe, it launches its name back into the UK skies once again after a hard two years in aviation and with a serious and worrying amount of pilot and crew shortages in the UK aviation industry at this moment in time.

The airline will need to be careful with how it moves forward, ensuring as Loganair did that it doesn’t over-expand too quickly building its network back up slowly but surely.

While nothing has been fully confirmed it wouldn’t be surprising to see Flybe next look towards serving the channel islands which have been hit fairly hard with the airlines’ collapse leaving very few choices on UK mainland-based destinations for its customers.