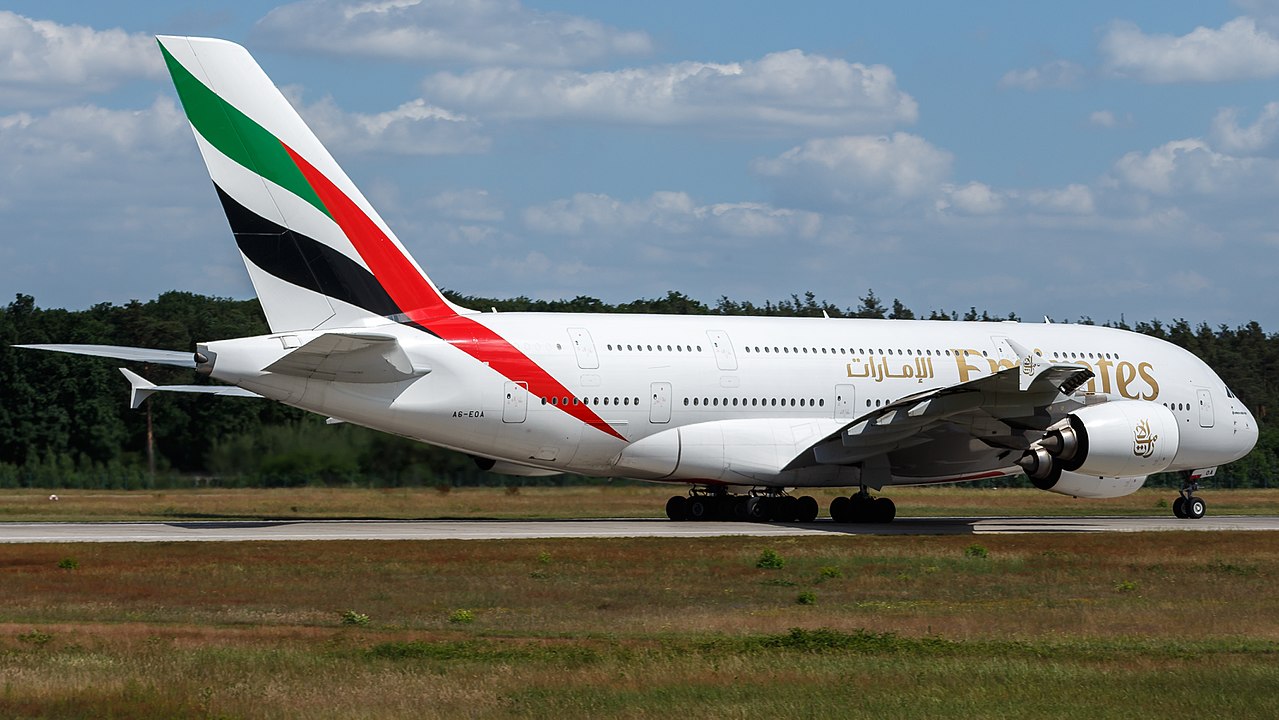 LONDON – In November, Emirates will receive the last-ever Airbus A380, putting an end to a short but significant chapter in aviation history.

Later this year, the Gulf carrier will have a fleet of 123 double-decker aircraft, fewer than the initial prevision but still an exceptional number.

Emirates’ initial signature for the superjumbo dates back to 21 years ago.

Why did the Dubai-based carrier change face in 2000? What happened in that period which triggered the company to review its strategy?

To provide a response, we need to delve into the past to find what circumstances prompted Emirates to order hundreds of aircraft.

The answer can be summarised by citing the industrial diversification of the United Arab Emirates. The economic growth of the UAE which, despite continuing to strongly rely on oil, has also started focusing on private sector investment (real-estate, tourism).

Strong oil prices had reached their highest level since the end of the oil boom 30 years ago. The same went for UAE’s crude supplies at their highest ever.

Plus, in 2003 investment in the productive sectors, including non-oil industries, agriculture, telecommunications, banking, and other services totaled $US8.17 billion, accounting for nearly 46.8% of the total capital (Kawach, 2003-4).

Why did Emirates order so many A380s?

In addition to the unfulfilled demand forecasts – in 2019 Dubai’s economy marked the sixth consecutive year of slow or no growth (Dudley, 2019) – Emirates’ President Sir Tim Clark expected to squeeze operating costs using a fleet of over hundred A380s, contrary to other airlines that have opted for small orders, from 3 to 24 units.

All Nippon Airways is the smallest A380 operator with only three aircraft deployed between Tokyo Narita and Honolulu. While the largest operator of the type after Emirates is Singapore Airlines which ordered twenty-four aircraft of which 19 are active today.

In one of his most interesting interviews, Emirates’ President reveals that the outstanding order of the Airbus A380 was formulated following two principles: a large number of aircraft to significantly reduce operating costs (1) and on-board experience (2) (Spaeth, 2019).

Although the first thought turned out to be unsuccessful (at least the breakeven isn’t strong enough to justify a massive order), on the second one the result has been largely achieved: even those who don’t know anything about aviation, however, know that on Emirates flights there are first-class suites with showers.

In 2016, the Dubai-based carrier switched over to Rolls-Royce with the hopes that British engines will help reduce the superjumbo’s operational costs (Zhang, 2018).

Today the Gulf carrier has a diversified fleet which doesn’t help save costs: eighty-nine Airbus A380s are powered by GP7270 and forty-two (including the last 3 aircraft on order) A380-842 are equipped with Rolls Royce Trent 972-84EP3. A6-EUM is the first RR-engined A380 delivered on 28 December 2016, Planespotters.net shows.

On 30 April 2000, Emirates announced that it was to become the launch customer for Airbus’ ultra-large A3XX aircraft. The deal consisted of five A380-800 passenger aircraft and two freighter versions. On 4 November 2001, Emirates ordered fifteen more A380-800s.

In July 2003, Sir Tim Clark was appointed President of the airline in a management restructuring “to help Emirates deal more effectively with its rapid expansion in the global market and adds that management changes will bring its structure into line with those of other international companies,” said airline’s Chairman Sheikh Ahmed bin Saeed Al-Maktoum (Cirium, 2003).

On 18 June 2007, during the Paris Air Show, Emirates announced the purchase of eight additional A380-800s, while at the Dubai Airshow of the same year, the Gulf carrier said nine more double-decker aircraft would join the fleet. At the 2010 Berlin Air Show, the airline ordered thirty-two A380s worth US$11.5 billion.

Emirates, which is the launch operator for the Engine Alliance GP7200-powered A380, received its first aircraft on 28 July 2008, originally scheduled for October 2006 but this progressively slipped in the wake of the 2005 production problems, first to 2007 and then to 2008.

On 17 November 2013, the Gulf airline announced at a press conference at the Dubai Airshow that it was placing an order for an additional 50 Airbus A380-800s, bringing the total number of units to 142.

Thinking to the Future

In February 2019, Emirates ordered forty A330-900 and thirty A350-900 aircraft, reducing its outstanding order for fifty-three A380 aircraft to fourteen. A week before, Australia’s Qantas also canceled an order for eight A380. Following a series of cancellations, Airbus confirmed it will cease production of its A380 superjumbo in 2021.

In November 2019, at the Dubai Airshow, Emirates revised its Airbus long-haul order committing to fifty A350-900 aircraft worth $US16 billion but cutting out the A330neo. The delivery of the first A350 XWB is now expected in May 2023 and will continue until 2028.

“While we are disappointed to have to give up our order, and sad that the program could not be sustained, we accept that this is the reality of the situation. The A380 will remain a pillar of our fleet well into the 2030s,” commented Sheikh Al Maktoum (Emirates, 2019).

What remains clear is that while the Airbus A380 will remain a significant centerpiece for the carrier, it now has to think ahead to the future and determine what sort of aircraft will place them in the already-continued strong position of being one of the most prolific carriers in the Middle East.