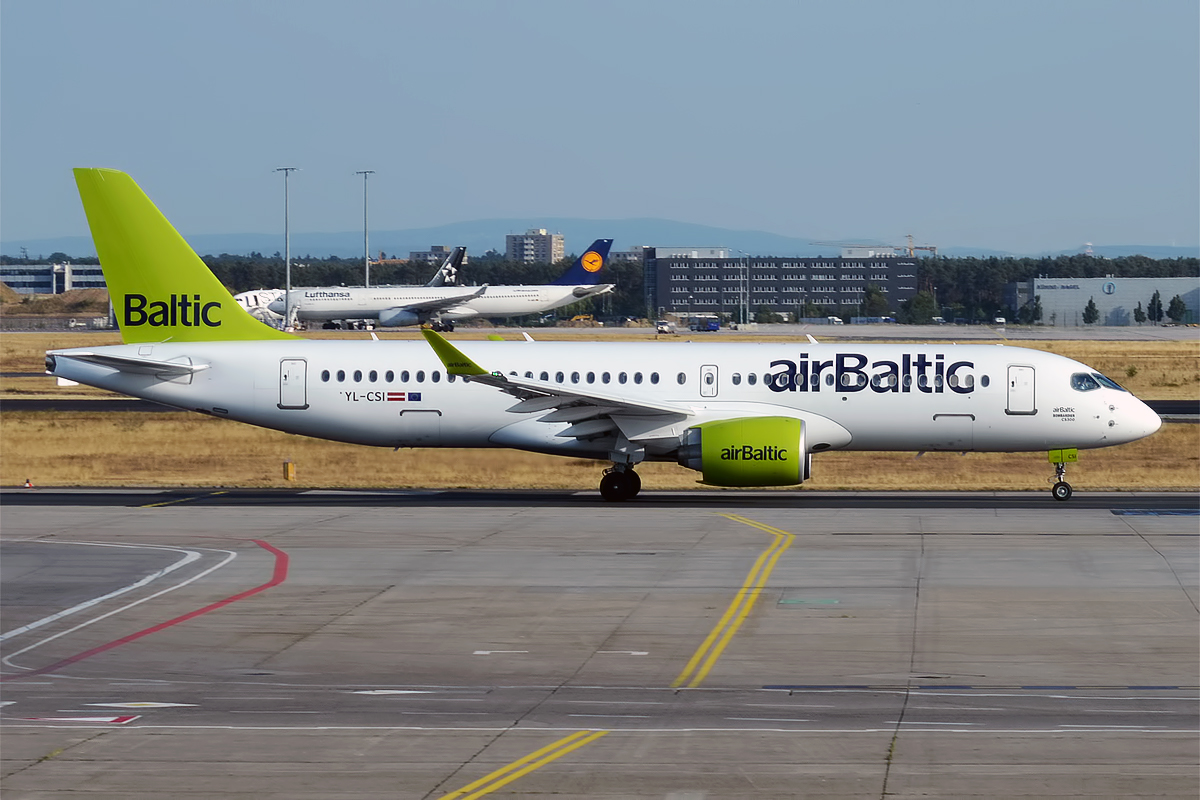 LONDON – Even an incident can become the perfect example of reactive communication. On 3rd December, an airBaltic Airbus A220, operating a flight from Stockholm, skidded off the runway at Riga Airport, in Latvia, during a landing in heavy snowfall.

Although the accident resulted in no injuries, Riga Airport remained closed for hours, blocking all departing and arriving flights, including nine diverted aircraft. A temporary stop of airport operations causes enormous discomfort to passengers who become like a magnet for the media.

When the worst came to the worst, the airport was ready to give all the answers. RIX’s management team challenged the situation faithfully following IATA’s guidelines for crisis communication (IATA, 2018).

RIX wrote its first Tweet within minutes the aircraft skidded off the runway.

An accident has occurred at Riga Airport, an @airBaltic aircraft returning to Riga from Stockholm on the taxiway due to poor visibility. The airport runway is currently closed. The airport’s responsible services and airline representatives are working at the scene.

You will be shortly coming to the end of this article as it is behind a paywall. Why not consider subscribing to see the full article for as little as £3.99 per month? Click here for more information!

FOR THE MEDIA: In connection with the incident that took place today, we invite journalists to a press conference at 14 in the airport VIP hall. Representatives of Riga Airport and airBaltic will take part in the press conference.

Impressive! The press conference was arranged in no time, not even for the worst air disasters.

Despite the initial messages being in Latvian (translated above), the airport kept posting updates, including some Tweets for international passengers.

Anyway, if language might be an issue, it is important to note that several press releases were published on the airport’s website.

The first was a short, but incisive, statement to communicate the incident.

A second release was on the closure of the runway. And many other announcements.

What is even more remarkable is that heavy snow caused the incident. But once a problem was fixed, RIX had to manage the closure of the airport for almost 24 hours due to bad weather.

Temperatures were around -2°C and snow was predicted to fall between 20-35cm.

The involved airline, airBaltic, also acted reactively but only posted a brief statement on the incident, while focusing on the adverse weather conditions at the Latvian airport.

However, the choice of the airline is not to blame. In the specific case, the runway excursion did not have serious consequences either for the passengers or for the airframe. Moreover, airBaltic stuck to the three rules of an initial holding statement (Seymour & Moore, 2000):

By contrast, the airport found itself handling the closure of its only runway and adverse weather conditions impacting the area.

It does not happen every day to see an approach to crisis communication similar to that of the U.S. low-cost carrier Southwest Airlines.

Just to be clear, it is positive that air accidents are not ordinary, but when they occur it is much easier said than done, and, occasionally, the reaction of parties involved comes too late.

The aircraft safely landed in Philadelphia, but the accident resulted in one fatality and eight injuries.

Of course, Southwest Airlines’ tactic is unparalleled, but Riga Airport could have remained silent, instead, they communicated.

An information deficit leads the media to be desperate for other news sources.

The primary risk of information void is a shifting of attention to another detail of circumstances, usually a negative one.

In January 1993, the oil tanker MV Braer ran aground during a storm off Shetland, Scotland.

Although the communicative response to the crisis was handled quickly, with other 500 journalists on the Islands, appalling weather conditions prevented workers from stemming the leaking oil.

The information void was soon filled by media reports on negative sides of the oil that was covering the Islands, calling for the need to evacuate inhabitants and livestock (Regester & Larkin, 2005).

This is not the case for Riga, however, for a comprehensive argumentation on crisis communication management, Seymour & Moore (2000) identify two forms of crisis through a snake metaphor:

The distinction proposed by Seymour and Moore inevitably relates to brand and reputation management, two notions in sync but not synonymous.

The brand is about relevancy (how a company presents itself with a definite brand promise), and reputation is about legitimacy (how the public perceives the company).

It is easy to make a promise, but it is much harder to keep it. In other words, reputation damage affects the brand. Likewise, a weak definition of a brand affects its reputation.

In December 1988, a Pan Am Boeing 747 was destroyed over Lockerbie, Scotland, by a bomb hidden onboard, killing all 259 occupants of the aircraft and additional 11 people on the ground (Cobra).

Pan Am’s CEO Thomas Plaskett went to the disaster site but did not personally apologize to the victims of the tragedy.

The airline suffered from chronic slow erosion since deregulation in 1978 (Python) and long-haul routes were the only revenue source left.

The media wrote that Plaskett did not apologize to the victims of the disaster: people lost confidence and the airline eventually went bust in 1991.

In January 1989 a British Midlands Airways’ 737-400 crashed onto the motorway embankment in Kegworth, England, resulting in 47 fatalities out of 126 people on board.

British Midland’s chairman, Sir Michael Bishop, held a phone interview from his car as he drove to the crash site.

Sir Bishop knew virtually nothing about the accident, so he focused his speech on how he felt about what had happened and he promised that “no stone would be left unturned until establishing the cause of the accident” (Regester & Larkin, 2005).

Lastly, the press conference must be arranged without falling into safety in numbers.

A profusion of representatives of the parties involved creates the perfect pretext for journalists to ask a flood of questions.

The airline should also choose a suitable spokesperson, otherwise, it could run into reputation damage.

The next day airline CEO Jeffrey H. Erickson made a brief (30 seconds) appearance at the press conference. The New York newspaper Newsday defined Erikson as “One Big Shrug”.

“He would not take responsibility for anything”, added Newsday (Newsday, 2017).

Three months after the tragedy, Jeffrey Erickson, widely rebuked for his company’s response to the crash, announced his resignation as president and chief executive.

The moral of all these stories is that silence, as well as insensitive communication, is not golden when the worst happens. In this respect, Riga Airport and airBaltic acted promptly for the benefit of all their stakeholders.