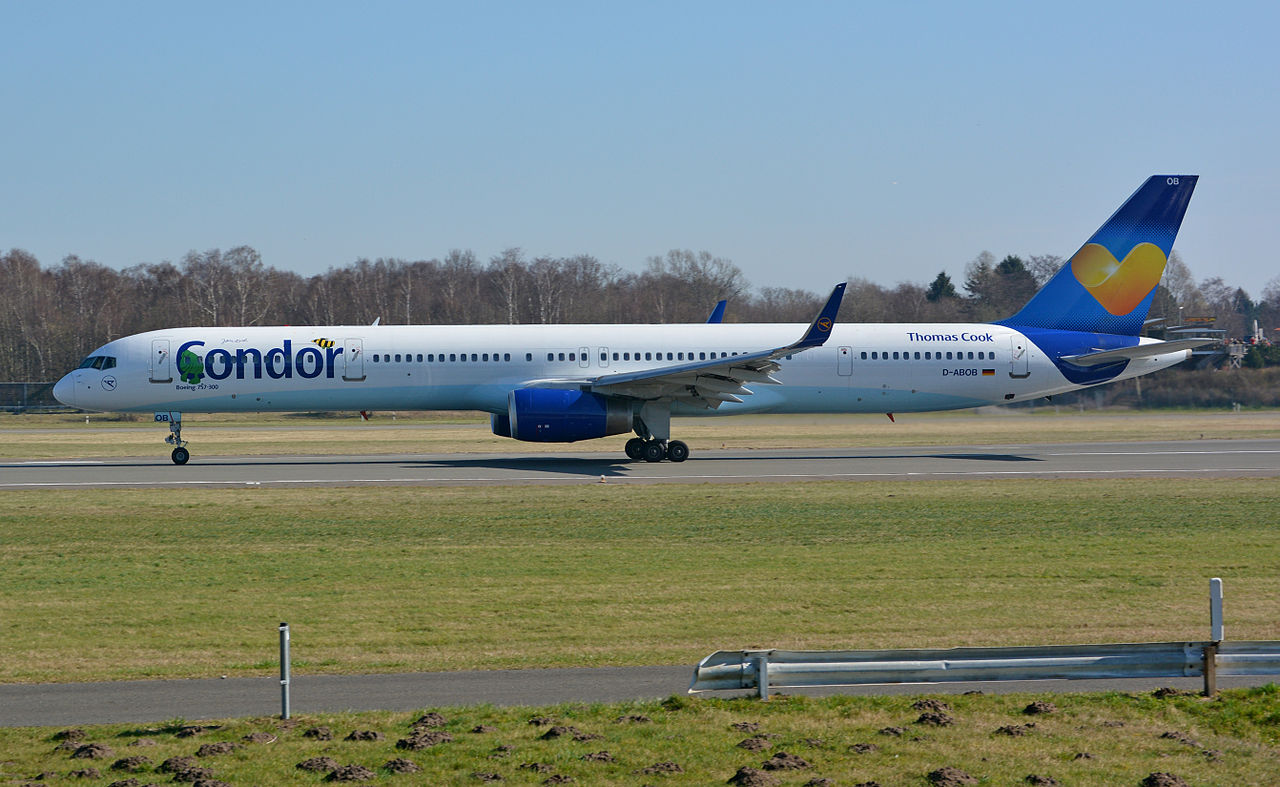 The 757, registered D-ABOB, was operating Flight DE 1439 from Lanzarote to Hamburg. As the aircraft was climbing out of Lanzarote’s runway 03, the right-hand engine suffered repeated compressor stalls/engine surges.

A ground observer video captured the audio of the affected aircraft during take-off from the Spanish island.

The failure prompted the crew to stop the climb at 5,000 feet and divert to Fuerteventura. The Boeing safely landed on runway 01 at the neighboring island airport 34 minutes after take-off.

Condor operates 13 757-300 aircraft powered by Rolls Royce RB211 and equipped with 275 economy seats, Planespotters.net shows. D-ABOB is the second oldest aircraft in the fleet delivered to Condor in May 1999.

In 2014, during take-off from Stuttgart, the right-hand engine of the same aircraft ingested a bird resulting in repeated compressor stalls. The crew stopped the climb at 5,000 feet, shut the engine down, and returned to Stuttgart for a safe landing.

Again, in 2018, D-ABOB was involved in a strange circumstance. The 757 was performing a flight from Hamburg to Fuerteventura carrying 275 passengers when an odor of “old or wet socks” developed onboard, that continued during taxi, departure, and climb.

A number of passengers complained about headaches, nausea, and dizziness.

The crew continued the flight to Fuerteventura where the aircraft landed without further incident. Germany’s BFU reported that the occurrence was not rated a serious incident or accident, no investigation has been opened.

In 2019, another Condor 757, D-ABOC, departing from Frankfurt to Lanzarote had to return back 40 minutes after take-off due to smoke in the cabin. The replacement aircraft was D-ABOB that reached Lanzarote with a delay of 4:45 hours.

Months On From The Kabul Airport Closure – What Is The Situation Now?
Lufthansa Eyeing 40% Stake in ITA Airways
Comment