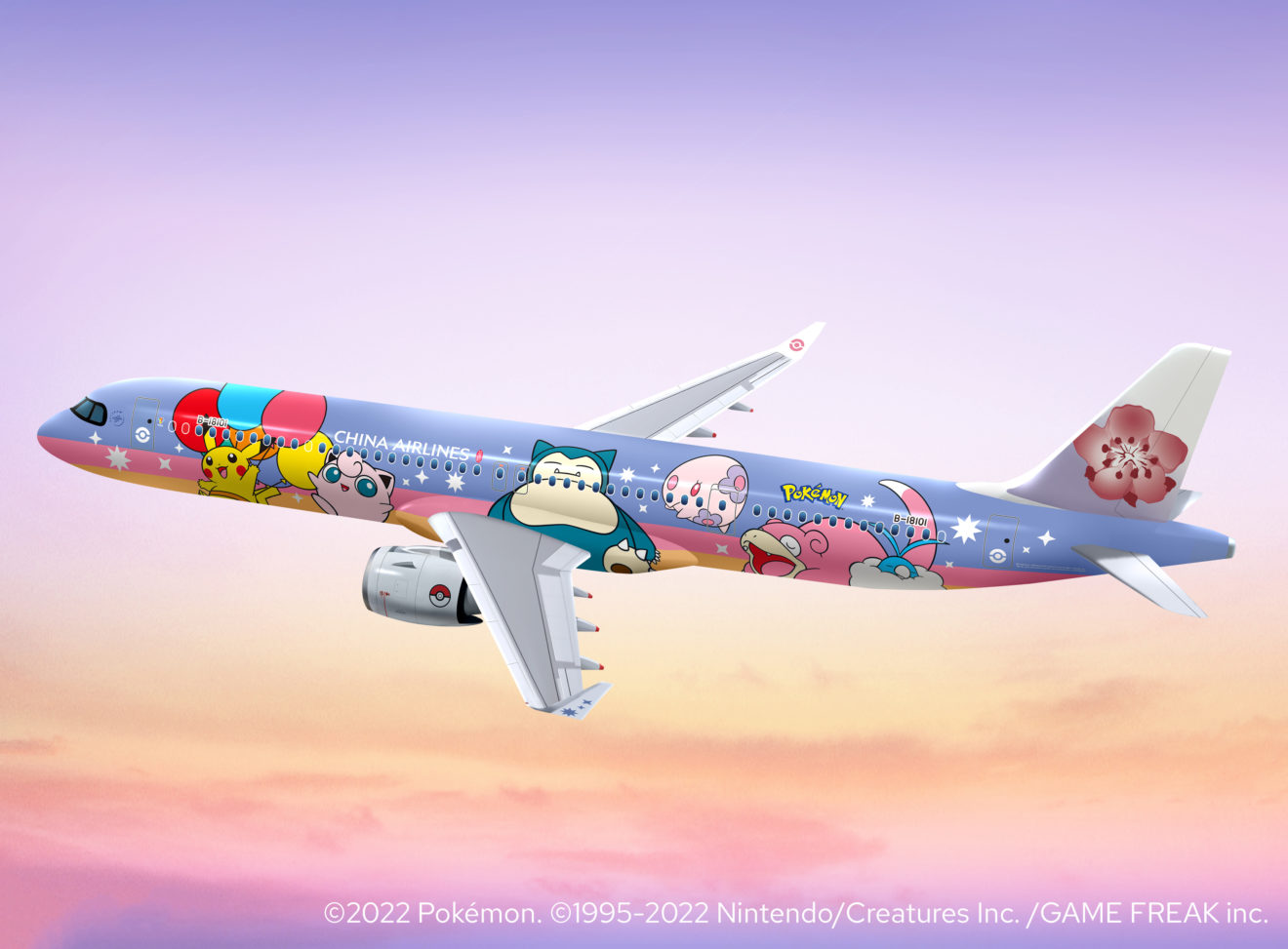 The Pokémon-themed liveried aircraft will accompany travellers on their long-awaited return to the freedom of the skies after the COVID-19 pandemic.

Susumu Fukunaga, Corporate Officer of The Pokémon Company, said that the COVID-19 pandemic has dealt a devastating blow to the tourism and transportation industry. With the pandemic now slowing down, The Pokémon Company is launching “Pokémon Air Adventures” to reignite everyone’s passion for travel.

He hopes that the partnership between The Pokémon Company and public transport, local governments and businesses will encourage people to explore the world once more.

The first-ever collaboration between the two companies has been two years in the making and the launch of an aircraft with Pokémon-themed livery to inject extra fun into the journey.

One of China Airlines’ new Airbus A321neo passenger aircraft has been chosen for the job and its new livery should be finished and ready to meet all Pokémon fans by autumn this year. “Pikachu Jet CI” will hopefully help spur the revival of post-COVID tourism and encourage everyone to look forward to their next holiday.

The fuselage of “Pikachu Jet CI” will feature a custom livery designed exclusively for China Airlines by The Pokémon Company. The base color will harmonize with China Airlines’ corporate colours and the plum blossom logo on the tail-fin.

The fuselage will be painted with a pastel gradient with orange, pink and violet to present a starry night sky with dawn approaching. Eleven Pokémon, including Flying Pikachu, Shaymin, Swablu, Togekiss, Munna, Jigglypuff, Snorlax, Slowpoke and Teddiursa, will embark on the joyful journey with all the passengers.

As a long-time promoter of ESG sustainability initiatives, China Airlines will embrace the spirit of philanthropy in “Pokémon Air Adventures” by planning a series of charity events in the second half of year.

They will send a message of gratitude and support to all the health workers, airport police, and epidemic prevention taxi drivers on the front-lines for their dedication and hard work during the COVID-19 pandemic.

Pokémon is a Japanese media franchise managed by The Pokémon Company, a company founded by Nintendo, Game Freak, and Creatures. The franchise was created by Satoshi Tajiri in 1996, and is centered on fictional creatures called “Pokémon”.

In Pokémon, humans, known as Pokémon Trainers, catch and train Pokémon to battle other Pokémon for sport. All media works within the franchise are set in the Pokémon universe. The English slogan for the franchise is “Gotta Catch ‘Em All!”

There are currently 913 Pokémon species. The Pokémon Trading Card Game is the highest-selling trading card game of all time with over 43.2 billion cards sold.