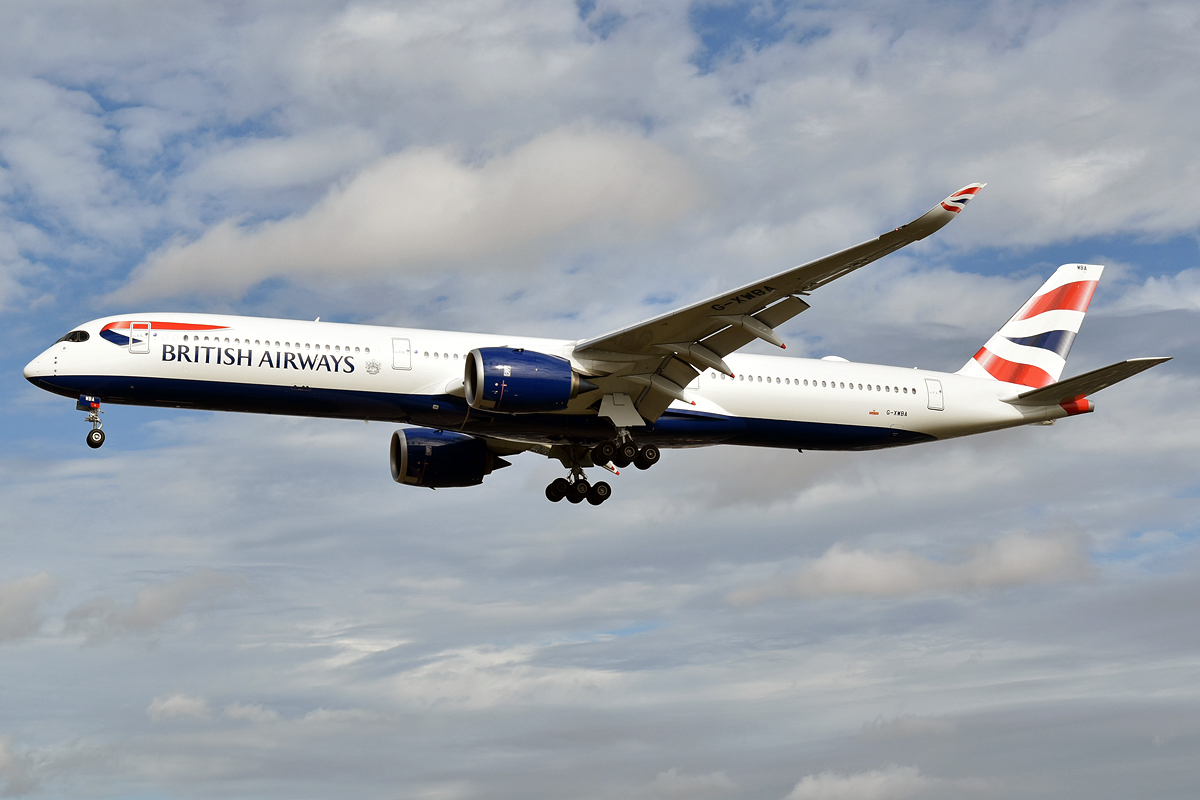 This sort of article is typically behind a paywall. Why not consider subscribing to AviationSource? It’s only a fiver a month! Click here to subscribe!

LONDON – British Airways has released their first advertising campaign in two years, with the theme primarily focused on their customers and staff.

Dubbed “You make us fly”, this advert is the latest to hit the TV screens of British consumers since its centenary celebrations back in 2019, with the campaign featuring its “own people” showing “with a very British sense of urgency, to do what they love most: caring for customers” (Travel Weekly, 2021).

Sean Doyle, CEO and Chairman of British Airways commented on this new advertising campaign, stating that this reflects a “huge anticipation from colleagues across the airline who are preparing to return to work after a very difficult year”:

“The story illustrates the pride that our people tell me they’re feeling at the thought of seeing our planes in the sky once again and having the opportunity to welcome and serve our customers, to reunite them with their friends and relatives. The excitement is palpable.”

With the COVID-19 pandemic decimating the aviation industry, this campaign will very much be seen in the eyes of analysts as a campaign of repairs and to bring things back to some level of normality.

However, during the pandemic, the airline made some controversial moves, which angered a lot of people who worked for the airline but also outside within the industry.

This piece will look at the way the airline has behaved during the pandemic, and whether the direction of Sean Doyle is what is needed from the airline to bring the airline back as a true British icon of the skies.

Behavior During The Pandemic

As discussed in our book, Aviation & COVID-19: A Year on From The Crisis, British Airways’ entry into the pandemic started out with two baggage handlers becoming infected with the virus, which resulted in the then CEO Alex Cruz suspending routes, parking aircraft and cutting jobs (Field 2021, p. 18).

Services out of London City, Gatwick, and Heathrow were dramatically cut, with 12,000 jobs following that a few weeks after, representing around 28.5% of the total workforce.

The controversy in terms of behavior began when the airline then threatened up to 19,000 staff with potential dismissal notices unless they accepted pay cuts upwards of 60%. This was despite the airline receiving its first Boeing 787-10 Dreamliner in the Summer last year, costing the airline $338 million (ibid, p. 19).

If the airline was running on a reduced schedule, which it was, then there wasn’t a need for that aircraft straight away. But of course, BA were able to utilise such long-haul aircraft on cargo operations. But again, it was quite a volatile double-edged sword.

Whilst delivery contracts weren’t really that changeable at the time, on a public relations front, it wasn’t particularly a good look from the carrier, and that was something conveyed by the rest of the industry.

Despite positive news of route restarts in the Summer of 2020, the lay-off scandal hit the heart of the government, with over 100 Members of Parliament backing a motion to remove slots from the carrier at London Heathrow in an effort to reduce some of the layoffs (ibid, p. 20).

Eventually, deals were struck with the likes of the British Airline Pilots Association (BALPA) to agree on a job package, which saved over 1,000 jobs at that point. Even then, the mood amongst those in the industry is that the airline may not have done this of their own accord due to external pressures.

By September 2020, committee hearings by the UK Government were in full swing. It was revealed that Cruz had taken a 33% pay cut voluntarily in order to bring some costs down. However, this gesture wasn’t met with the positive press as Cruz was still making around £805,000 per year at that point, which of course the public didn’t take a likening to (ibid).

It was quite clear, that such a knee-jerk reaction at the beginning of the crisis may not have been wise on the public relations front, as other airlines across Europe were able to hold off on job cuts until it was deemed absolutely necessary.

However, with Cruz out of the picture, Sean Doyle will be looking to repair such relations with stakeholders on a level where the airline can dominate effectively in a post-BREXIT, post-pandemic world.

Sean Doyle was appointed the Chairman and CEO of British Airways in October 2020 (British Airways, 2020), having plenty of extensive in the airline and within the International Airlines Group (IAG). But more importantly, it was a fresh face aiming to refresh the public relations of the airline.

In an interview released by the Centre for Aviation (2021), Doyle seems to agree with the movement that Cruz made when the pandemic began, stating that the airline needed to “right size the business”:

“I think [what we needed to do] was to recognize the gravity of the situation and to change your business pretty quickly, and I think both British Airways, Aer Lingus, and other airlines across the group did that. And that was very tough and it was very tough on our people, but if we didn’t sort of right-size the business last summer, we would be facing a much tougher situation than we’re in today. And, look, we’re by no means out of the woods yet, we still have a choppy path to recovery, but I think right-sizing your business, acknowledging that the next three to four years are going to be very different from the last three to four years, and buffering the balance sheet through every lever that you have, I think has been successfully achieved.”

Doyle didn’t appear to speculate on the timings of such announcements made by his predecessor, but he seems to be quite interested in changing the way the airline operates going into the future (ibid):

“How we come out of it (the pandemic) and what the impact is to the industry has yet to be clear and yet to play out. I fundamentally believe that we as a group move quickly, and we’re all the better for it, and I think we’re right-sized heading into the future. With a business switch, I think we’ll be better when we come out the other end of the pandemic, and we’ll have to be because it’s going to be pretty competitive out there.”

Whilst Doyle talks about the business switch in the context of IAG, it means that British Airways could be fundamentally reshaped. Whether it will be for the better in the short-term is still something we will need to see going forward.

There are certainly too many factors at play, but Doyle does seem to want to change the status quo of the carrier, and place it into a more competitive landscape.

This of course is where the advertising campaign may come into it. A new centenary for the airline could mean a new and fresh start, where it wants to achieve the best for all of its stakeholders.

What Doyle mentioned in the interview with the Centre for Aviation reflects on the possibility of better positive change for British Airways.

It could be conveyed that the carrier is in the phase of “new management, new airline”, almost as similar as the whole “new year, new me” catchphrase.

From this, we know therefore that despite Doyle being in the role for around seven months at the moment, he still has a long way to go in terms of repairing relations with not just its customers, but also its staff.

And this by no means is the fault of Doyle. With the job of being a boss at one of the UK’s biggest flagship carriers, it could very much be the case of clearing up after the mess that Alex Cruz left behind.

This piece is not denying the fact that the job cuts were unnecessary. The thrust of this in the bigger picture is that the actions taken out could have been taken in a far different way and that most definitely created the damage that Doyle now needs to repair.

What this new marketing campaign will aim to do is not just bring the airline together, but the stakeholders in what is a much-needed positive harmony going forward.

A Glimpse Inside the Wild World of Airplane Repossession (What Does it Take to Be a Bounty Hunter in the Sky?)
Boeing’s Inaction on NMA Enabled Airbus Success Story
Comment