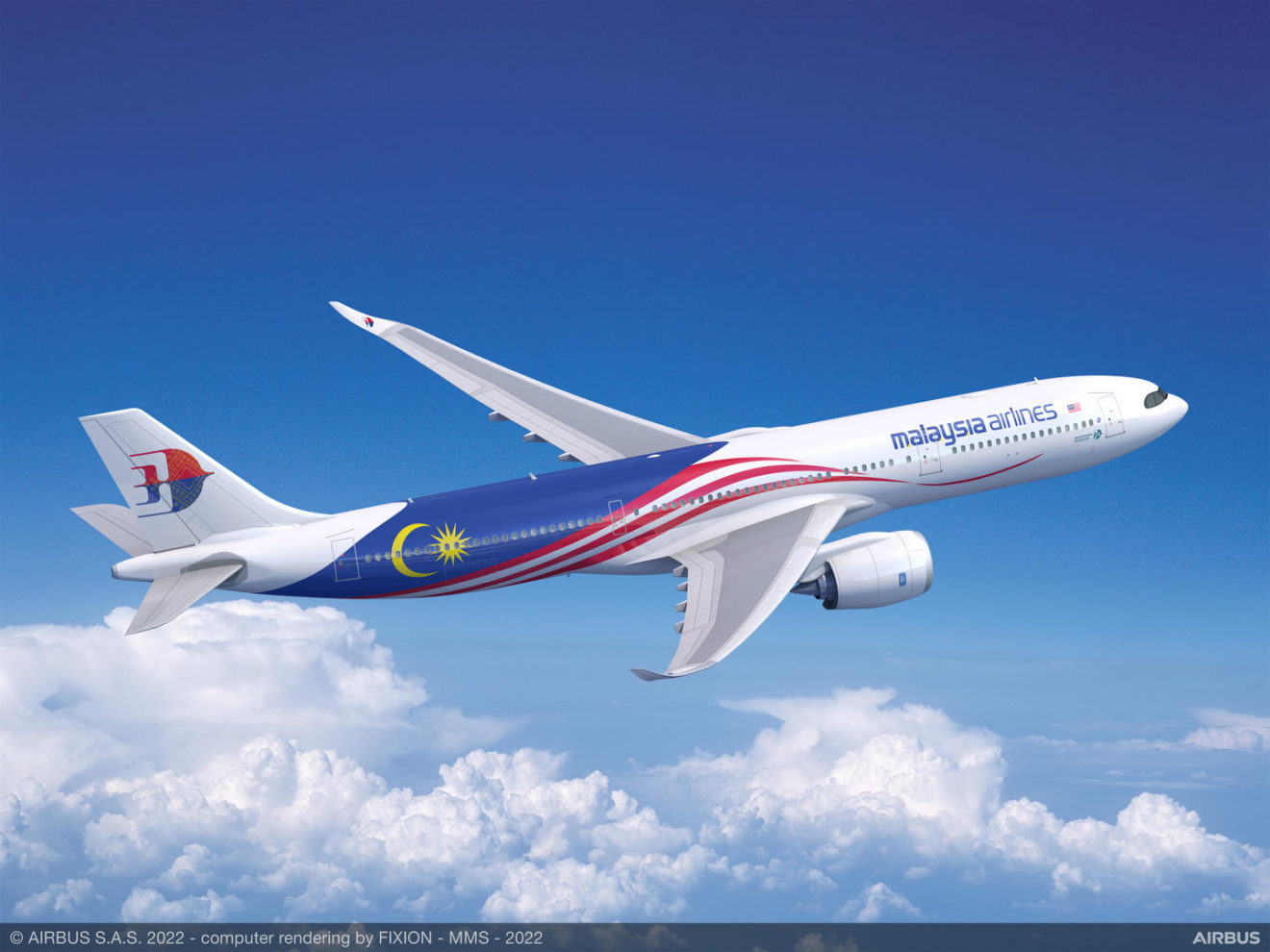 LONDON – Airbus has announced its most significant single order for its Airbus A330neo family aircraft in over two years today, with the Malaysia Aviation Ground (MAG), the parent company of Malaysia Airlines ordering the 20 A330-900 neo aircraft as part of its future widebody fleet renewal programme.

Today’s deal shows that the airline will purchase 10 aircraft directly from Airbus, while the other 10 will be leased to them from Dublin-based lessor Avolon.

Christian Scherer said: “Malaysia Airlines is one of the great Asian carriers and we are proud and humbled to be its preferred supplier of widebody aircraft. The decision is a clear endorsement of the A330neo as the most efficient option in this size category for premium operations. It’s also the clear winner in terms of in-flight comfort and we are looking forward to working with Malaysia Airlines to define an exceptional cabin experience.”

MAG CEO Izham Ismail commented on the announcement saying: “The acquisition of the A330neo is a natural transition from our current A330ceo fleet. The A330neo will not only provide fleet modernisation and enhanced operational efficiency but will also meet environmental targets through reduced fuel burn per seat while keeping passenger safety and comfort at its core.”

“This is a significant milestone as MAG moves towards the successful execution of our Long-Term Business Plan 2.0 to position itself as a leading aviation services Group within the region.”

While this announcement today is great news for Airbus as it shows there is a demand for the A330neo, it is also slightly worrying that another airline has decided to move solely for the A330-900neo, with the A330-800neo still struggling for orders.

The A330neo was brought in to replace the very popular and globally loved A330-3/200, however, the smaller of the two A330neo planes has clearly failed to capture the imagination of airlines, as it has only received 11 orders, while the A330-900neo is now sitting on over 282.

It is still slightly early to see if the A330-800 will continue to struggle with sales, when the A330ceo’s are finally retired, perhaps it will become a natural filler aircraft for certain operations but this could take some time to manifest if it ever does with the current stock of A330’s continuing to perform and operate so well through the second-hand market by many carriers around the globe.

On the surface of that question you could argue that the A330- 800neo really doesn’t have much of a place in an airlines fleet, it is bigger than the Boeing 787-8 Dreamliner, with the Airbus aircraft having a 4-meter larger wing span on each side than the Dreamliner, which means despite its increase in range over the Boeing makes it harder to operate into certain airports due to the required clearances.

With that in mind, the demand for air freight has gone through the roof in the last 2 years, mostly due to COVID-19 but also as people continue to favour online shipping platforms which allow businesses access to a global marketplace, and while both Boeing and Airbus have announced new freighter variants with their new flagship aircraft, the A330-800neo might have found its footing slights better playing into the mid-market freighter demands, as it would have been more efficient to operate the smaller intercontinental services that some cargo operators fly.