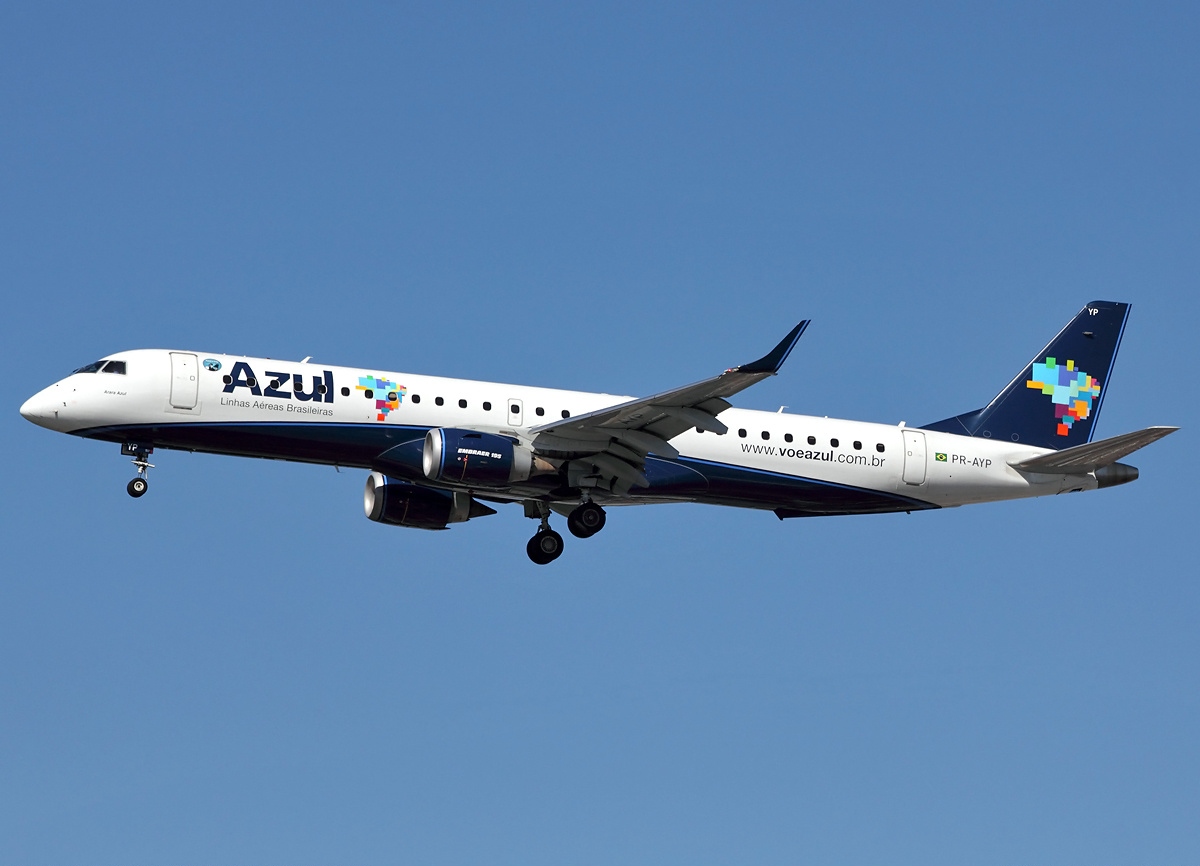 LONDON – Brazillian carrier Azul has announced the exit of twelve Embraer E-195-E1 series aircraft. The carrier is a massive operator of the type, currently having a total of 50 E-195-E1-aircraft, but is now aiming to cut down on the type’s fleet size.

Brazil’s Azul Linhas Aéreas Brasileiras (Azul / AD) is a major carrier of the Embraer E-195 E1 aircraft type but has recently announced they will be cutting the E-195 fleet size by 40% compared to their 2019 E195 fleet statistics, meaning the airline is going to remove 22 of them.

The 40% reduction decision comes in great favour for Azul (AD) as it will accelerate the airline’s plans in regard to a fleet transformation.

The 1-195 E1 fleet reduction gets feet to move on, as 5 of the 12 aircraft in question have been sold to commercial airline lessor, Azorra Aviation. Furthermore, four aircraft have reached the end of the leasing agreement and will be returned to their respective lessor(s).

The last three aircraft of the twelve are going into class-F cargo conversion as passenger-to-freighter (P2F) aircraft.

Just seven months ago, Embraer announced that they would be joining the Air Freight market, by completing passenger-to-freighter (P2F) conversions of previously owned Embraer E-190 and E-195 E1-aircraft.

The conversion program is seen as a great way to save the ageing Embraer E1 series aircraft from retirement or scrapping, as the more modern Embraer E2 series continues to make its way into the airline and aviation market, being a more efficient and quiet Embraer E-jet choice for customers.

Advance in the Azul E2 deliveries

The Brazillian carrier is a great example of the Embraer E2 series becoming more known to the aviation market, as the removal of the older E-jet E1 series aircraft will make the airline advance in the delivery of the new E-195 E2 aircraft, which Azul (AD) currently operates 9 of.

Azul’s CFO, Alex Malfitani, said:- “This announcement demonstrates our ability to accelerate the phase-out of previous-generation Embraer E1s. The exit of the E1s gives us the opportunity to advance the delivery of next-generation E2, further expanding our margins given the E2’s 26% lower seat cost compared to the E1.”

Malfitani also added:- “This also confirms our position as the airline with the youngest, most fuel-efficient fleet in the region and moves us one step further in our commitment to reach carbon neutrality by 2045.”

The world’s most fuel-efficient, single-aisle aircraft, the Embraer E-jet E2 series, also called the “Profit Hunter”, is an aircraft made by Brazillian aircraft manufacturer Embraer.

The Embraer E2 series is the successor of the E-jet E1 series which was launched by Embraer in 2002 and first taken in use with launch customer, LOT Polish Airlines, in 2004.

The Embraer E2 launch customer is Norwegian airline Widerøe (WF), who before they took delivery of the Embraer E-190 E2 in 2018, only operated Bombardier Dash 8-Q100/200/300 and Q400s on domestic flights and milk-runs between the northern cities in Norway.