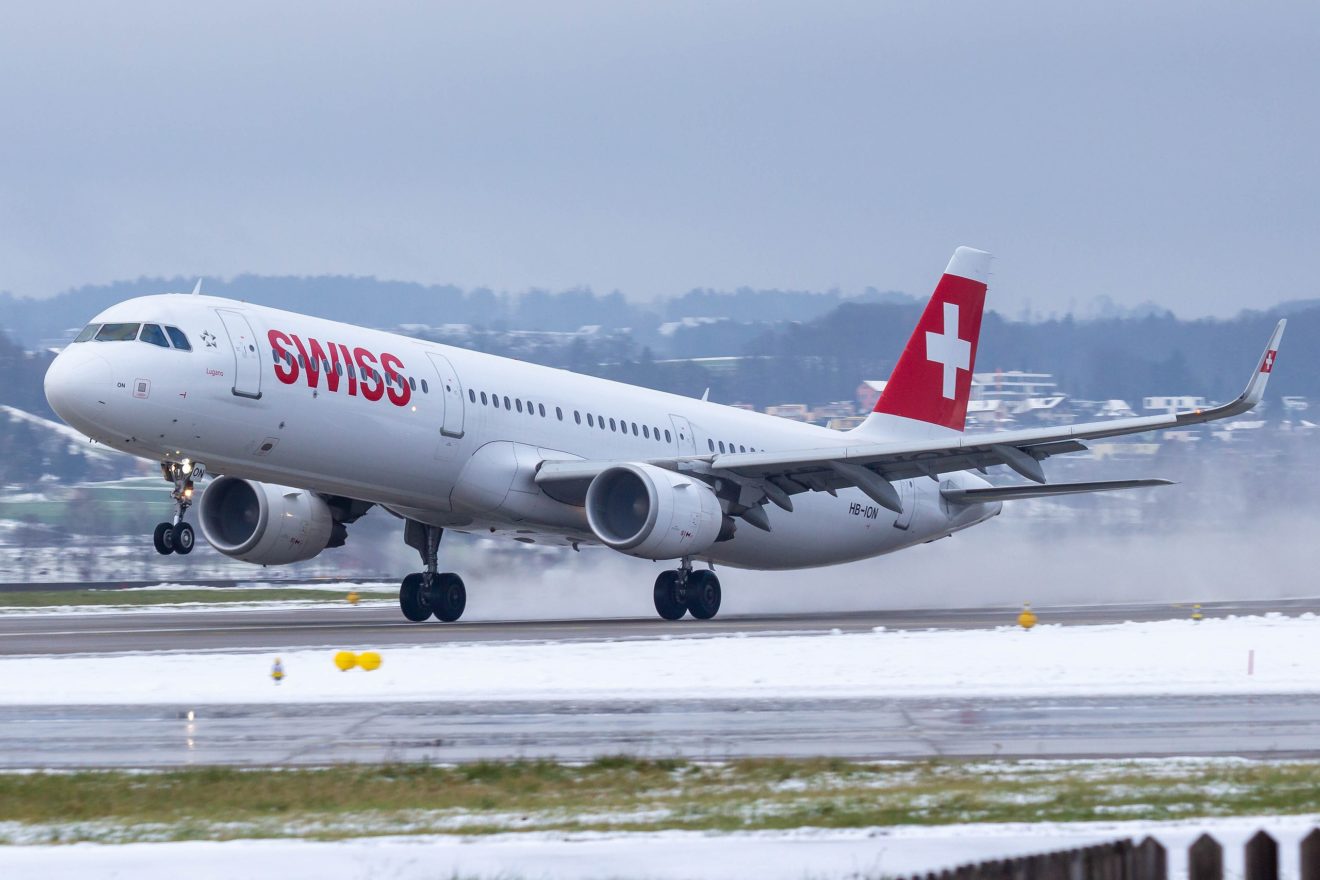 LUXEMBOURG, BERLIN & ZURICH – It was a warm Thursday at the end of March this year, I had just gotten home from my trip to Oslo and Stockholm to try out Ethiopian business class, so I spontaneously decided to fly out to Luxembourg for a day trip the next day.

We arrived at the airport just in time for boarding and soon made our way into the A320 bringing us to Zurich. Upon boarding the aircraft, a refreshing tissue and a small bottle of water were awaiting every Business Class passenger at their seat.

I settled into seat 3D for this short hop, which is a standard Economy seat. As always in European business class, the middle seat stayed empty.

We soon pushed back, and we’re heading to Zurich, cruising at 24,000ft.

Within minutes after departure, the crew came around serving a meal on this short 35-minute flight.

The meal service consisted of 2 slices of bread, one with salmon and one with tzatziki. Both tasted great, a highlight of the meal was the pudding dessert. With my meal, I had champagne and a coke.

We soon started our descent into Zurich and got placed in a holding pattern for about 30 minutes due to the bad weather in Zurich. For such a short flight, a great service, and an awesome crew. Well done, Swiss!

Right after our delayed arrival, I headed to my gate in Zurich and boarded the aircraft right away.

The purser came around prior to departure and handed out water bottles and refreshment tissues. He personally welcomed every Business Class passenger by name, which I find to be very professional on such a short flight.

We pushed back on time, got deiced, and were up in the air within minutes.

Again, soon after departure, the purser came around distributing meals, taking his time to chat with every passenger upfront. He was very professional and always offered drink refills as well as more bread and butter.

The meal service consisted of some cold cuts, cheese, and a strawberry dessert. I went with a Gin Tonic (which even had a lemon slice) and a Coke as my drink.

The purser on this particular flight spent a lot of time talking with passengers, which made everyone feel especially welcomed. We soon started our descent into Berlin. With that, 2 awesome flights, which were definitely too short, ended.

I used to be a big fan of Swiss, but now I’m an even bigger fan of Swiss! Definitely one of the best Business Classes out there in Europe!