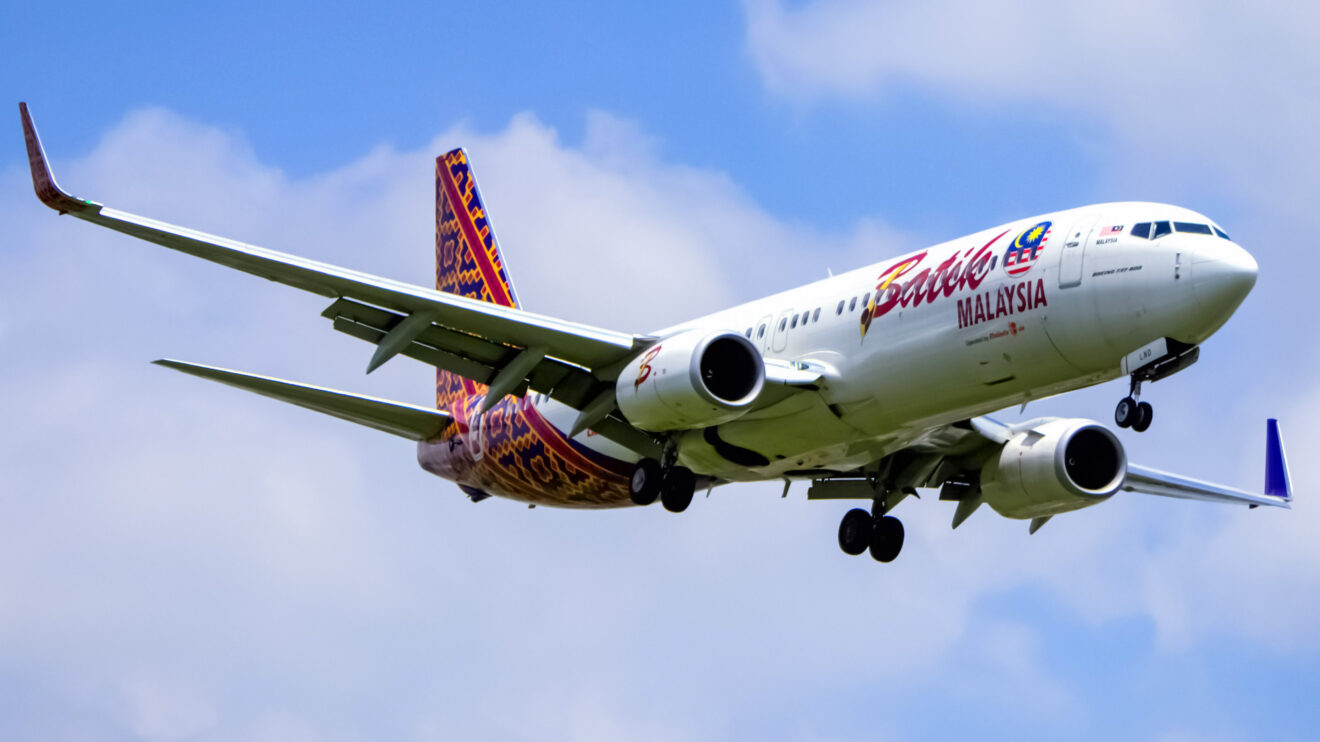 LONDON – Malaysian Airline Batik Air or formerly as known as Malindo Air is setting its horizons on connecting Perth to nearby South East Asian destinations, by increasing flights to both the Malaysian Capital and Indonesia’s infamous party island, Bali.

The airline will launch a new four-time-weekly service between Perth and Bali seeing Batik Air joins a highly competitive direct route that is already served on a regular basis by Jetstar and AirAsia Indonesia.

The route between Perth to Bali is very lucrative due to its close proximity when compared to other Australian cities. The shorter distance often translates to lower cost, making the route a kingmaker for some airlines.

Air Batik will deploy its two-class single-aisle Boeing 737 which features 12 business class seats in a 2-2 configuration. The layout is similar to Virgin Australia but with an extra row of seats.

On board Batik Air, its boutique Business class seats will be domestic-style and unfortunately don’t go 180 degrees lie flat but rather offer 38” pitch in a dedicated cabin in front of 150 economy class seats in rows of 3-3. Economy class are usual like in any other narrowbody aircraft.

Passengers will not be bored on these flights. Batik Air offers Inflight entertainment provided with the classic fold-up screens equipped and tucked away at each business class seat under the armrest.

The seats are armed with USB charging ports which are crucial for charging personal devices. Last but not least passengers are pampered with complimentary premium meals, which are served on metal cutleries to suit the palettes of holiday goers.

Passengers, especially in business class will be able to enjoy preflight access to Swissport lounges at Perth’s finest Aspire Lounge, the House in Sydney and Melbourne along with The Lounge in Brisbane.

Lion Air Group Strategy Director Datuk Chandran Rama Muthy.“Bali is a major attraction and a renowned holiday destination among Australians. We are ramping up our capacity, which will allow us to capture the significant pent-up demand for travel, after the prolonged period of hibernation.”

The return leg will bear the flight number OD193 which will depart for Perth at 1:30 pm and arrive there at 5:00 pm local time.

Furthermore, the airline has also increased its frequencies between Perth and Kuala Lumpur to daily services!  The Australian market is fairing better than one thinks.

The airline will also connect Melbourne and Kuala Lumpur on a seasonal basis, scheduled from 6 December 2022 until 6 February 2023. Melbourne, very similar to  Perth, flight times on the date of travelling.

OD174 will depart Melbourne at 9:05 AM on Monday, Wednesday, Friday, and Sunday. This flight will arrive at Kuala Lumpur International Airport at 2:40 AM the following day.

The early morning arrival may put off some travellers. On the remaining three days of the week,  flight OD176 is scheduled to fly to Melbourne at 7:20 am and return to the Malaysian capital at 12:55 pm.