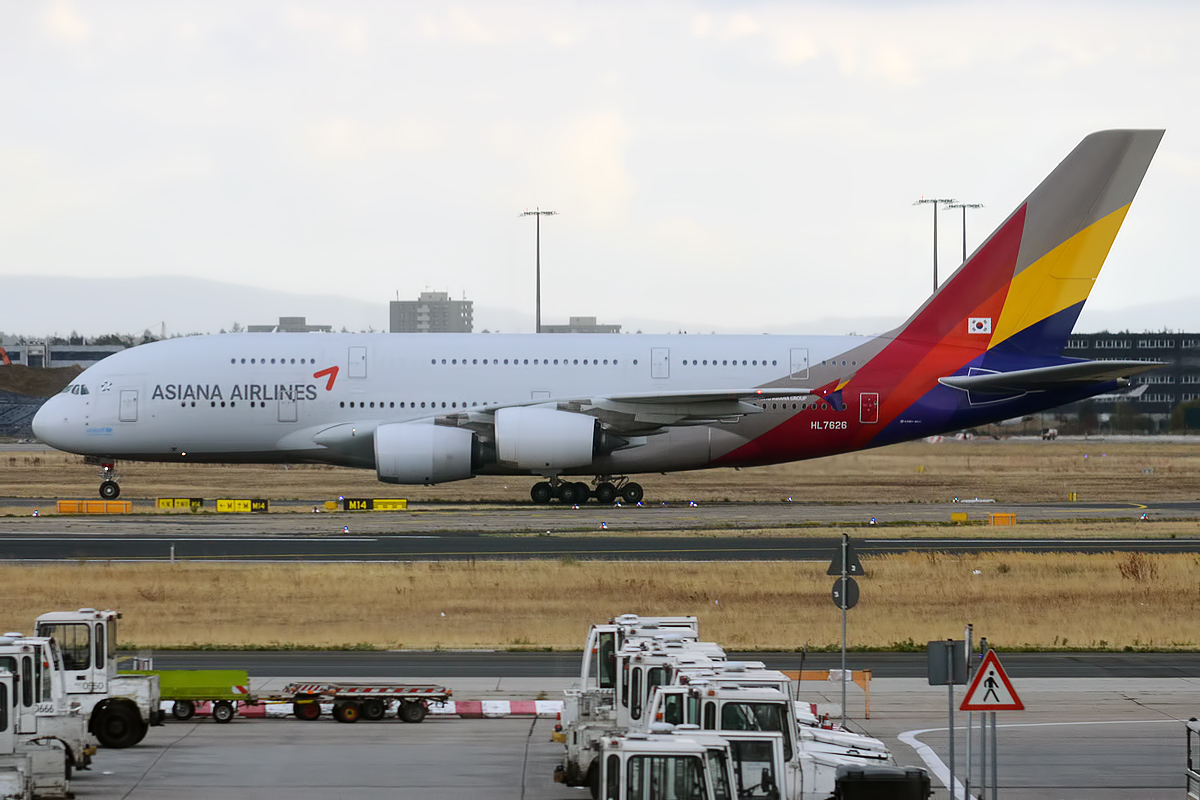 LONDON – Asiana Airlines will bring its double-decker A380 back into service for the next summer season.

The superjumbo will operate routes from Seoul – Incheon (ICN) to Los Angeles (LAX), the airline’s first destination for the A380, and Frankfurt (FRA).

According to Cirium’s data, in January Asiana will operate twelve flights per week using Airbus A350-900 aircraft on the ICN-LAX route. Starting March 27, OZ201 and OZ202 flights increase daily and switch to the Airbus A380 on the following itinerary:

From summer 2022, Asiana Airlines will bring back the double-decker also on the carrier’s main European route to Frankfurt (FRA) with daily flights on the following itinerary:

The airline has a fleet of six A380 aircraft with an average age of 6.8 years, Planespotters.net shows.

The double-decker has a three-class configuration with 12 seats in first, 66 in business, and 417 in economy.

All six aircraft are still in storage and it’s likely they will return to service only for a short time.

In 2024 Asiana Airlines will merge into long-rime rival Korean Air, resulting in a combined fleet of 16 superjumbos, the world’s second-largest after Emirates.

In an interview with FlightGlobal, Korean Air’s CEO Walter Cho said the A380s will be leaving Korean Air’s fleet within five years, forewarning their early retirement.

Asiana joins British Airways, Singapore Airlines, Qatar Airways, and Qantas in resuming A380 operations. Like other airlines, South Korea’s carrier had suspended commercial flights of the superjumbo due to the COVID-19 pandemic.