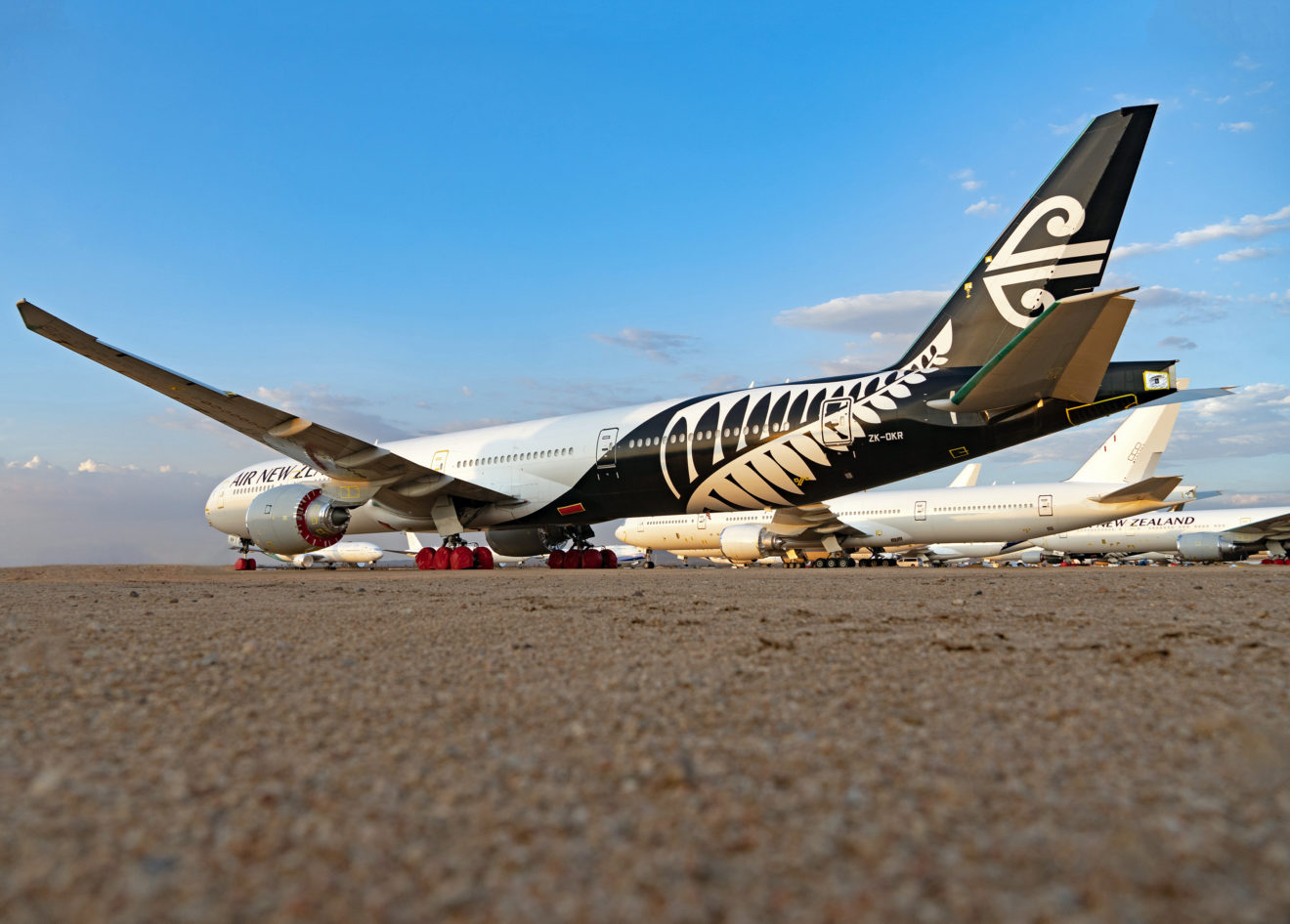 LONDON – After 696 days in deep storage, Air New Zealand is bringing its first Victorville-based B777-300 aircraft out of the Mojave Desert.

In 2020, the airline sent four 777-300s to the Victorville storage facility in the Mojave Desert due to the severe impacts of Covid-19 limiting the airline’s flying schedule to the bare minimum.

When the last of these aircraft were taken to be parked in late 2020, it was unknown when they would return. Now, with the sheer demand for flights, the airline is bringing back its largest widebody jet aircraft to bolster its network.

Air New Zealand Chief Operating Officer Alex Marren says it’s great to see these aircraft coming back into service to help gear up the airline for even more flying.

“No one could ever predict what would happen in the pandemic and now that demand has bounced back quicker than anticipated, we knew it was time to bring these aircraft back from Victorville.”

““When the hard decision was made to park our 777 fleet we knew the desert was an ideal environment due to its warm and dry conditions. After being stored for almost two years in this climate, they are coming out of long-term parking in good condition.”

“It takes around six to eight weeks to get a desert-based 777-300 ready to fly and the team are working with a local maintenance provider to reanimate our aircraft out in the desert.

“The process starts off with a good wash to get rid of the dust and grime that has accumulated in long-term parking out in the Mojave Desert. Our engineering teams then remove the protective shrouds and materials on the wheels, sensors and wings and undertake a thorough servicing and maintenance programme to get these aircraft serviceable and ready to fly again.”

The first 777-300 aircraft, registration ZK-OKP, is due to leave Victorville in late August for Auckland where it will have scheduled maintenance before rejoining the 777-300 operating fleet from late September.

“From servicing the wheels on the landing gear to checking upholstery and the inflight entertainment system within the cabin, a lot of work goes into these aircraft to make sure they are ready to welcome customers back on board.

“We’ve also been keeping a close eye on these aircraft through their entire desert experience. With various regular scheduled checks and maintenance occurring through their time in Victorville, our local Los Angeles-based engineering and maintenance team has diligently taken care of these planes the entire time they’ve been parked.

The 777-300 is ANZ’s biggest widebody aircraft and is capable of carrying up to 342 customers with up to 154 cubic metres of cargo capacity available. The airline is happy to have more of these 777-300s flying to connect New Zealand to the world.

“We’ve got teams from across ANZ working on the 777-300 reanimation. From the engineering and maintenance team working on the aircraft to the cabin crew and pilot teams retraining to operate these aircraft, we’re all really excited to have more of them back in service.

“These aircraft going into service means we’re rehiring more cabin crew, pilots and engineers to resource our schedule and it’s been fantastic to see people coming back into the business.”

“We know our pilots and cabin crew can’t wait to get back on board to carry customers from Auckland to Los Angeles, San Francisco, Sydney, Melbourne and more.

ZK-OKP is the first of four Victorville-based 777-300 aircraft to be reanimated and the airline is working through a programme to bring back the three remaining aircraft over the next year.

The airline also has three 777-300 aircraft that were stored in Auckland for the last two years. Two of these aircraft are back in service, with 777-300 ZK-OKO due to reenter service in the coming weeks.