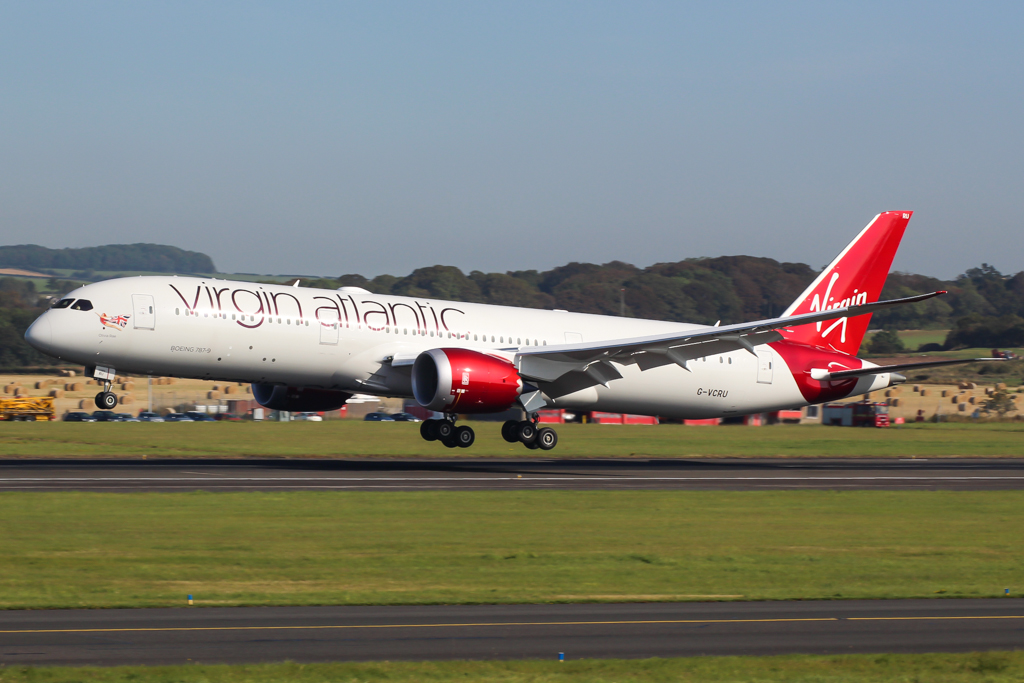 LONDON – It goes without saying it has been a tough 18 months since the COVID-19 pandemic took hold across the globe. Unquestionably, one of the airlines to have suffered the most is Virgin Atlantic.

Whilst national borders and traffic light systems have permitted and opened up travel, the key long-haul routes from the United Kingdom to the United States have been off the cards.

In response to the change in policy, Virgin Atlantic CEO, Shai Weiss published on LinkedIn that “The US has been our heartland for more than 37 years since our first flight to New York City in 1984.

We are simply not Virgin without the Atlantic. After 18 months of uncertainty, we cannot wait to welcome our customers back onboard, flying them safely to their favorite US destination.”

So how important are the trans-Atlantic routes to Virgin Atlantic?

Cirium data for June 2019 shows that their Heathrow operation operated a total of 334 flights per week. Unsurprisingly, New York JFK is the most important route, with 6 daily rotations, accounting for 42 flights per week and 25% of the total operation.

In contrast, flights to destinations outside of the United States consisted of Delhi, Hong Kong, Johannesburg, Lagos, and Shanghai.

This represented another 25% of the flying schedule. The remaining 50% are all destinations in the United States, totaling 75% of the Virgin Atlantic flying schedule from Heathrow.

Virgin Atlantic had already identified and announced diversified routes prior to the pandemic. Tel Aviv was launched in September 2019, with Mumbai launched a month later in October.

It was remarked at the time that Israel represented “one of the world’s leading tech hubs” with Virgin Atlantic “anticipating many business travelers and entrepreneurs flying between Tel Aviv and the UK” (Virgin Atlantic, 2019).

In addition, a significant opportunity to increase competition in the United States – Tel Aviv market with connections through Heathrow was pitched.

Mumbai was launched in response to the collapse of Jet Airways, an airline that Virgin Atlantic worked closely with on connections through Heathrow from the United States to India.

Summer 2020 was particularly challenging as the United Kingdom came out of its first lockdown. In contrast, in Summer 2021, Virgin Atlantic offered a more robust schedule.

At the outset of the pandemic, one of the first actions it took was to close down its secondary hub at Gatwick. This has resulted in a more diverse list of destinations now served from Heathrow, due to the leisure routes that are being operated, such as those to the Caribbean.

In June 2021, data shows Virgin Atlantic operated an average of 108 flights per week, around a third of their pre-pandemic level. With flights to Pakistan being launched in December 2020 to Islamabad and Lahore, the route network was further diversified.

New York JFK has remained the most important route, with an average of 19 flights per week, down 55%.

New York is a key market for the origin and destination passengers and belly-hold cargo, with the added impact of connectivity through joint venture partner Delta Airlines, which recently has become the Number 1 airline, offering more flights than any airline to and from New York.

The US is runway ready

With the announcement that the United States is now back open and looking to accept double vaccinated passengers, Virgin Atlantic has seen an increase in bookings to the United States by over 600 percent compared to the previous week.

Juha Järvinen, Chief Commercial Officer at Virgin Atlantic announced that: “Following the gradual relaxation of travel restrictions, we’ve seen demand increase to many of our global destinations, but the USA has always been our heartland. We are simply not Virgin without the Atlantic, and I’m thrilled we’re finally able to return to the country that’s so important to us.”

He added: “The news follows a busy weekend in flight bookings for the airline, demonstrating the positive impact the relaxation of government restrictions has had on the industry. The simplification of rules on international travel, which include the scrapping of expensive PCR tests for the fully vaccinated, are already having a significant impact on consumer confidence, resulting in a surge in demand across Virgin Atlantic’s route network.”

A search of the Virgin Atlantic booking system also shows direct passenger services returning to Las Vegas, Seattle, and Washington Dulles all returning from the 10th of October, with Orlando from the 21st of October. From this point onwards, all United States destinations that were previously served by Virgin Atlantic aircraft under the joint venture with Delta Airlines will have been reinstated.

Virgin Atlantic, by its very name, has an affinity with flying to the United States. This was cemented further with the joint venture with Delta Airlines, providing an expansive number of connection options serving the United States from Heathrow.

There has been some diversification, primarily aimed at destinations that have a strong origin and destination demand from the United Kingdom, alongside connecting the numerous diasporas that reside in the United States and reconnecting them to the family via Heathrow, offering competitive one-stop options over direct flights and competition to the Middle East and major European carriers.

It will likely be a period of solidifying Virgin Atlantic’s route network as travel returns and bans, restrictions, and testing all hopefully disappear. São Paulo was scheduled to commence in 2020, prior to the pandemic, but rescheduling this to join the route network is unlikely in the short term.