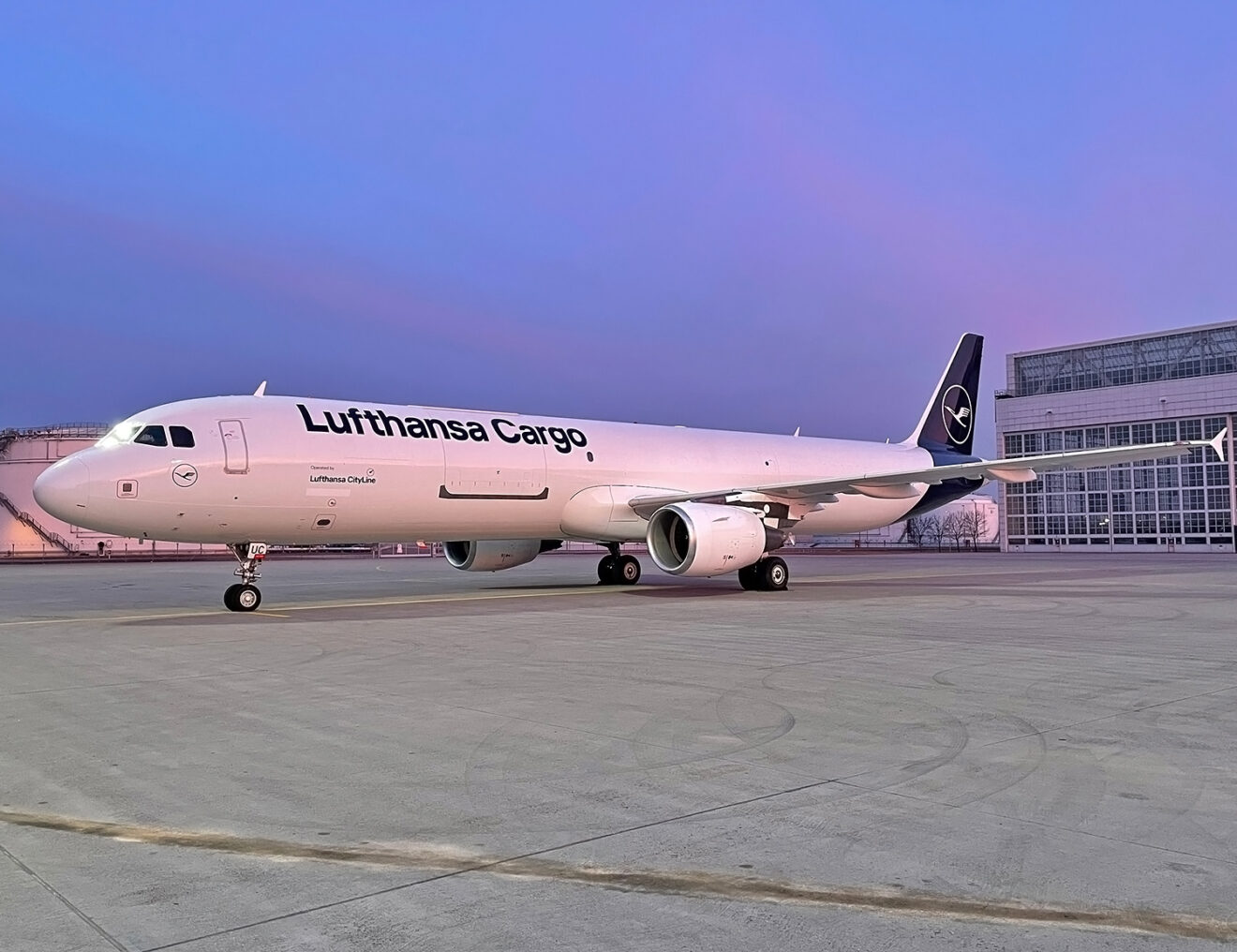 LONDON – Lufthansa Cargo is expanding its capacity to meet the ever-increasing demand for e-commerce services. To this end, the airline has converted two Airbus A321 passenger aircraft into freighters known as A321P2F (Passenger To Freighter). The second of these will begin service in October.

Airbus A321F (MSN1988) with D-AEUA registration, is leased from BBAM. It’s an ex-Air Berlin, Niki, LaudaMotion and Eurowings aircraft. The plane was flown to Munich on 15-16 September this year with three stopovers. The repositioning route of the flight of DAEUA was: Singapore (XSP) – Bangkok (DMK) – Muscat (MCT) – Larnaca (LCA) – Munich (MUC).

Similar to the first A321F, the second aircraft will also be based at the Frankfurt hub and operated by Lufthansa CityLine under a wet lease agreement. Both A321Fs will operate under Lufthansa Cargo flight numbers. As a Group, Lufthansa CityLine has worked intensively in recent months on the technical and operational preparation of the first two converted aircraft of this type in Germany.

Ashwin Bhat, Lufthansa Cargo’s Chief Commercial Officer said: “I am very pleased about the expansion of our A321 freighter network and capacity. Complementing our B777F and belly capacity, we can now offer even shorter transport times within European and to selected medium-haul destinations. To the UK and Ireland, for example, we will offer daily weekday flights to Birmingham and Dublin, enabling our customers to build reliable, scalable and fast supply chains.”

“It is our goal to build a European Same-Day and eCommerce network and thereby establish Lufthansa Cargo as the leading European cargo airline and service partner in the market. In addition to Lufthansa Cargo’s high-quality standards on the ground, the A321 freighter is a very flexible aircraft, which will enable us to build customized networks and solutions for our customers.”

In light of the dynamic market development and continuing high demand for Same-Day and eCommerce solutions, Lufthansa Cargo continues to focus on growth for its intra-European network. Two additional A321 freighters are expected in the first half of 2023.

In addition to its own fleet, Lufthansa Cargo can also use the capacity of four Boeing B777Fs operated by AeroLogic. The airline also sells space on Lufthansa German Airlines, Austrian Airlines, Brussels Airlines, Eurowings and SunExpress. In total, about 40 per cent of cargo is carried in the belly of passenger aircraft.

The Airbus A321P2F can carry up to 28 tons of cargo, which is divided into 14 containers on the main deck and 10 LD3-45W on the lower deck. With a full load A321F range is between 3,500 and 4,000 km. The conversion project was developed by ST Engineering, with Elbe Flugzeugwerke (a joint venture between ST Aerospace and Airbus) taking over program management and marketing.

Airbus wants to convert more than 600 aircraft of the A320 family in the coming two decades. The conversion allows standard cargo pallets to be used on the main deck.