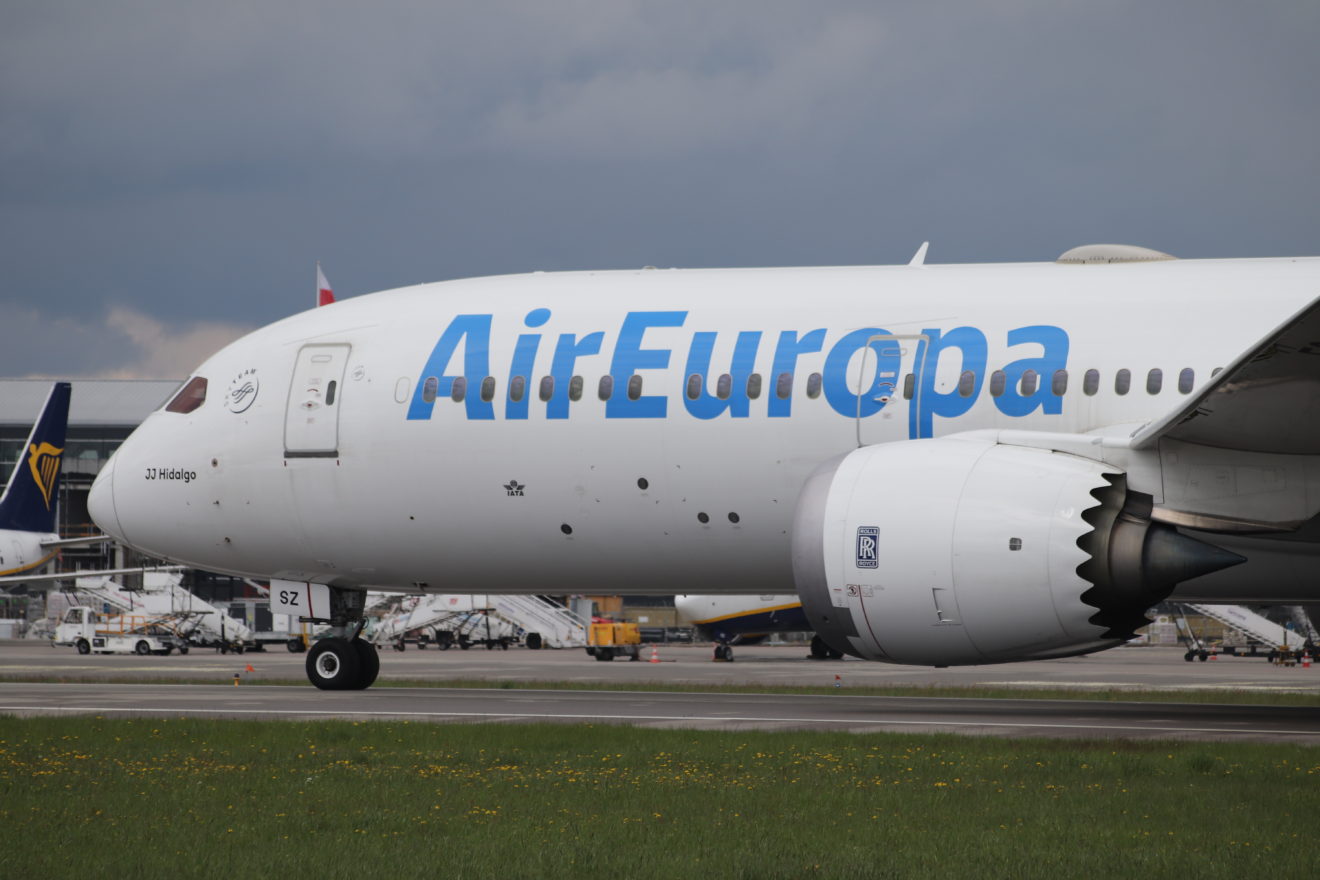 LONDON – Air Europa Lineas Aéreas, S.A.U (Air Europa), Spain’s third largest airline has put pen to paper on a long-term lease deal for 15 Boeing aircraft with leasing giant AerCap. The deal will be made up of five 787-9 and ten 737-8 MAX aircraft.

Dublin-based AerCap is one of the global leaders in aircraft leasing, with over one thousand eight hundred aircraft being leased out to over three hundred customers.

This deal will make the Mallorca-based airline the first Spanish operator of the troubled 737 MAX.

The aircraft spent 20 months on the sidelines due to the high-profile incidents with both Lion air flight 610 and Ethiopian Airlines flight 302 over a six-month span from late 2018 to early 2019.

The 787-9, also known as the Dreamliner is the wide body variant brought to the market by Boeing, manufactured as a majority composite aircraft that can fly 14,140 kilometres with 290 passengers aboard.

Where the 737-8 MAX is a narrow body utilised for short-haul trips, with a maximum range of 6,570km and a maximum seat configuration of 210.

The aircraft is slated to start being delivered in 2024 and will run through to 2026.

As with many airlines that are bringing more modern aircraft in, it will help them improve sustainability and go a long way to achieving their longer-term fuel efficiency goals.

Richard Clark, Managing Director for Air Europa said, “We are very pleased to reach this agreement with AerCap, with whom we have a long and successful relationship. It reinforces our strategy of unifying the fleet around the most modern, efficient, and sustainable models in the industry. Once again, we are pioneers.”

“Just as we were the first Spanish company to incorporate the Boeing 787 Dreamliner, we are now doing the same by adding the new Boeing 737 MAX to our fleet.”

“Air Europa has been a long-time friend and valued customer of AerCap.  With this landmark transaction for the airline, we are delighted to reconfirm our belief in the Air Europa business and management team and wish them every success with their fleet modernisation program,” said Peter Anderson, Chief Commercial Officer, AerCap.

The fifteen additional aircraft will increase Air Europas all Boeing fleet from thirty-four to fifty-one after delivery is complete, which will support its operations to over 44 destinations worldwide.

“The future is bright for the Boeing 787 and MAX programs. For Air Europa, these new technology fuel-efficient aircraft will provide improved cost efficiencies and help them to meet their sustainability commitments.”

“We thank the team at Air Europa for the confidence they have placed in AerCap, and we look forward to working together as these aircraft deliver.” Said Anderson.