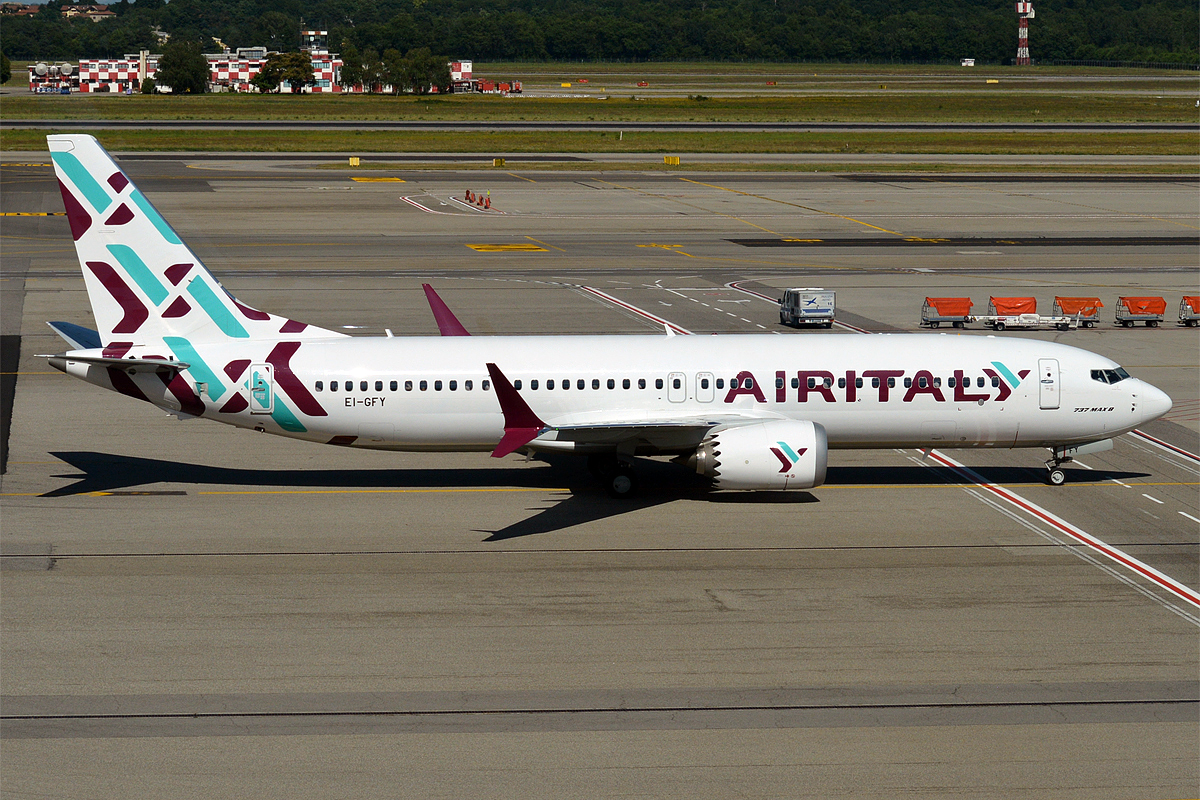 MILAN – “Our future will be great”, stated the CEO of Qatar Airways Akbar Al Baker at the time of the acquisition of Air Italy in 2018 (Ansa, 2018).

But prospects were all disregarded (some would say as usual) and in February 2020 the Italian (ok, half Italian) airline went into liquidation parking the entire fleet.

If Air Italy hadn’t entered into agreements with Qatar Airways, it would be still in business. Of course, it would be an airline with a “conservative soul”, called Meridiana, with a fleet of a few old planes and a low market share.

Air Italy is the name wanted by Qatar Airways to make the Italian operator more international, giving it a new voice.

And perhaps the change of name is the only commercial move that really worked. New aircraft colors and crew uniforms (very similar to those of the parent company) were also imposed by Qatar.

“We got fired via mail overnight,” said a former Air Italy employee in protest at Terminal 1 in Milan Malpensa.

For some months, however, there were clear signs that led Air Italy to a dead end (Rete55, 2020).

The lack of a competitive fleet is the company’s first major mistake.

Back in 2017, Al Baker’s projects were focused on a modern and large fleet (Berberi, 2018) that would have thrown Alitalia into desperation (more than it already is). In a few years, Air Italy would have replaced its Airbus A330s with 30 Boeing 787-8s from Qatar Airways.

Starting from 2019, the Doha-based airline would in turn have substituted the 787-8 with the stretched version of the same plane, the 787-9. But in February 2020 the 787-9s wearing Qatar’s livery were only 7 (out of 30 ordered) all stored in Victorville, California, for little known reasons.

Someone said the storage was due to a configuration mistake of the first-class cabin, while other experts looked at tail number problems in Qatar and a lone voice admitted that the airline wasn’t simply ready to fly the new 787 (Schlappig, 2019).

According to Air Italy trade unionist Emiliano Baragatti, pilots were already certified to fly on the 787 by carrying out their type-rating on a 777 FFS (Full Flight Simulator) which shares similarities with the Dreamliner.

An expensive training, paid for by the airline, in anticipation of a possible fleet expansion that never happened (Omnibus, 2020).

Air Italy was liquidated with 3 737 MAX jets parked in Milan Malpensa from March 2019 after the worldwide grounding of the aircraft type because of two very serious accidents (JT610 and ET302) causing more than three hundred deaths.

The Italian airline had ordered 20 737 MAX-8s, expecting their delivery between 2018 and 2020, but the order was suspended and subsequently canceled.

As reported in a financial balance seen by AviationSource, in order to refill the hole created by the 737, the airline ultimately decided to normalize the fleet adding Qatar’s A320 aircraft.

The grounding of the 737 MAX proved to be a real struggle for Air Italy. The carrier opted to replace services it should have offered with its 20 brand-new jets by relying on foreign airlines through the wet-lease rental ACMI.

Air Italy not only began to rent planes but also crews, maintenance, and insurance. In the last few months of life, only the flight number belonged to Air Italy, the service was entirely operated by other airlines such as Bulgarian Air, Tayaran Jet, Danish Air Transport, and many others to which the Italian carrier was totally entrusted.

Another wrong move was to launch routes with scarce demand operated by almost empty A330-200s, such as Milan-Bangkok, inaugurated in 2018 and suspended after a year amid “a change in demand” (Patera, 2019).

We witnessed the consequences of an unrealistic industrial plan and the lack of an appropriate feasibility study that ended up squandering huge resources. The airline was losing more than €500 thousand a day in 2019 and ended 2018 with a €164 million debt.

Meridiana would still exist, without a 49% stake acquired by Qatar Airways which wanted to make the Italian airline a “personal gate” to conquer the West: Europe and the United States.

The intention of the Doha executives was to use a European brand to seize an important commercial segment, but the Qatari strategy was stopped by the U.S.’s biggest legacy carriers. American Airlines, Delta, and United judged the expansion of Air Italy from Milan as a “clear violation” of the agreements between Washington and Doha which obliged the carrier not to launch Qatar-U.S. flights under the “fifth freedom” regime which provides a stop in a third country (as it does Emirates on Dubai-Milan-New York route) (Savelli, 2020).

Today, things have changed radically. “MAX will not reappear in the Middle East,” Al Baker said in an interview on Simple Flying (Loh, 2021).

Although there was a proposal to include Air Italy in the Alitalia-ITA newco, nothing has been moved forward. The question is under what conditions. With no planes and 1,400 employees at home, the proposal would have been unfeasible.

There’s nothing left, except for warehouses full of plates, glasses, and blankets for 45 thousand passengers (Pili, 2021). From iconic to ironic.

How Hi Fly Converted Operations Amid Low-Demand for ACMI Leasing
The Ultra-Low-Cost Model Will Emerge Stronger Post-Pandemic: Here’s Why.
Comment