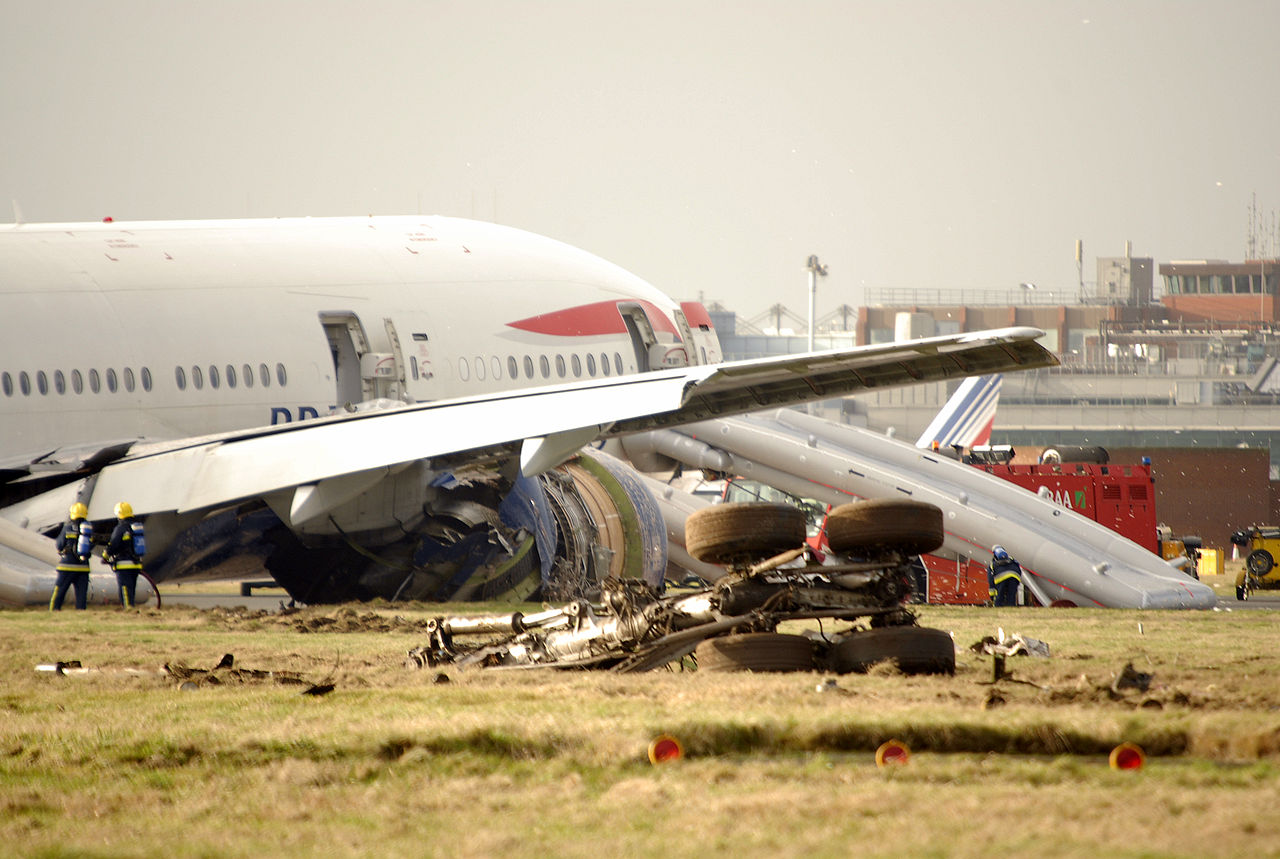 At the time, the aircraft was around seven years old, having been delivered new to British Airways in May 2001.

Subsequently, the aircraft was broken up in April 2009 at Heathrow following the crash.

BA38 departed from Beijing Capital International Airport and during the flight, it had to monitor the temperature of the fuel.

Whilst it was recorded at normal levels, small quantities of water in the fuel did freeze but warmed up when on the approach into Heathrow.

This was an issue seen also on Delta Flight 18 where ice crystals clogged the FOHE on the Rolls-Royce Trent 800.

Because it warmed up, it formed a slush of soft ice that formed, causing restriction in the flow of fuel to the engines.

On the final approach, at around 720 feet in the air, the engines failed following no response to a demand of increased thrust from the autothrottle and reduced to speeds as slow as 108 knots.

The captain reduced the flap setting from 30 degrees to 25 degrees to decrease the drag on the aircraft and to stretch the glide length of the aircraft.

G-YMMM then just missed the A30 and missed the ILS beacon, causing it to crash land just short of the runway.

The impact caused a short slide over the ground, causing the nose gear to collapse and the right main gear separated from the aircraft. The left main gear was pushed up through the wing.

BA38 then came to a stand-still on the threshold markings at the start of the runway.

Remarkably, all 152 occupants on board survived the crash, with 47 injuries reported, one being serious.

If it was not for the clever thinking of the captain, the aircraft would have crash-landed just before the A30 and could have potentially killed not just those on board, but people within the surrounding area.